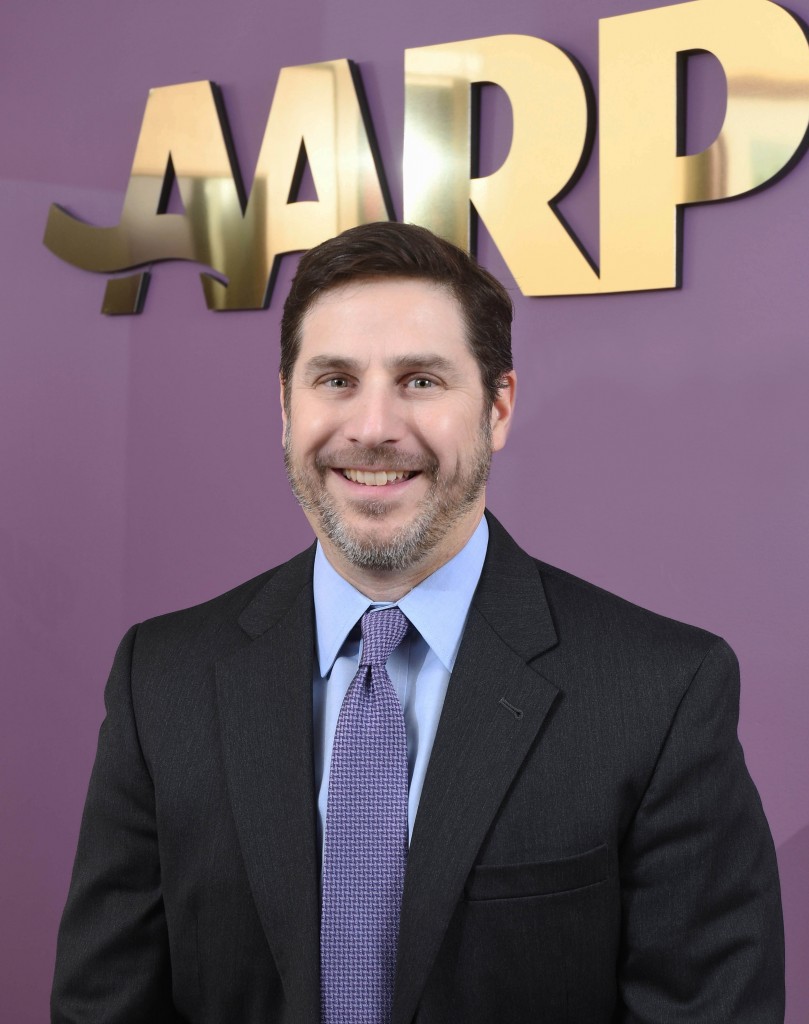 Todd Fahey, state director of AARP New Hampshire is a Manchester native and graduate of Columbia University and the University of Maine School of Law. He has practiced law with a number of New Hampshire firms, including Orr & Reno in Concord, before taking his current job in March 2014.

He discussed some of the issues facing older workers and retirees, including the 225,000 New Hampshire residents who are members of AARP (formerly the American Association of Retired Persons).

Q. A few years ago at a tri-state “Gray is the New Green” conference in Concord, one speaker after another spoke of the aged population as a largely untapped potential for solving the shortage of workers in northern New England. Is that still the case?

A. Oh, sure. I was one of those speakers. It is very much the case that older people are an untapped resource and one that is perennially overlooked. They are a talented group who are here, ready, willing and able to work.

Q. Why are they perennially overlooked?

A. Three reasons, not necessarily in this order: outmoded views on aging; salary discrimination — people make judgments about people’s salary needs without really knowing what those needs are; and the last is simply age discrimination, which still exists. It gives me no pleasure to say it, but it does.

Q. At that same conference, you talked about getting voluntary pledges from employers not to discriminate based on age. How has that worked out?

A. We have some people who have taken that pledge in New Hampshire – only a few, but they’re large employers. Capital Region Health Care took it. Sanel Auto Parts took it. Those two come readily to mind. That represents thousands of employees.

Q. Age discrimination is hard to prove, isn’t it?

A. It is hard to prove, but it could be getting easier. There is a Protecting Older Workers Against Discrimination Act under consideration in Washington. What it does is level the playing field by requiring the same burden of proof (by employers) that other discrimination claims require. In New Hampshire, it’s a business necessity issue. We have an aging workforce, and we still have young people leaving the state. That’s a clear cause for engaging and maintaining experienced workers, of which we have many.

Q. With some exceptions, isn’t it usually the case that an older worker might not have the stamina that younger workers have to take on physically demanding jobs?

A. It depends upon the person. There are plenty of people over 50 who are more physically fit than people decades younger. People at the State House can tell you they have hires in their 70s and they run circles around some of their younger counterparts.

They’re not saying this is true in every case, but to categorically exclude people on the basis of age indicates a bias that may not apply to many experienced workers.

Q. Is there generally a fear among employers that, given the ages and financial independence of some retirees, they may not be around long enough to make hiring them seem worthwhile?

A. That may be an outmoded view. Many of the older workers tend to stay on jobs longer and tend to be loyal to employers.

Q. Do older workers in some cases find it more difficult than younger, “techie” workers to adapt to the requirements of high-tech jobs?

A. No, not necessarily. And they’re more eager to learn new tasks. In fact, both older and younger workers welcome an intergenerational workforce because they both learn from each other.

Q. Where does employment rank among the concerns cited by New Hampshire senior citizens?

A. It is top of the line. They want to continue working because they can, and they enjoy it, and in many cases because they need the money.

Q. High drug costs is an issue cited by some of the candidates for president this year. Is there a viable political solution?

A. There are several solutions. One is letting Medicare negotiate prices on prescriptions. Every year, the program spends $125 billion on prescription medicines, and it’s prohibited by law from negotiating with drug companies. Another is allowing state importation of prescription drugs.

Q. Why is that not allowed now?

A. Because of efforts by Big Pharma lobbyists in Washington. We have a 2017 analysis showing Medicare could have saved $14.4 billion on the 50 most popular drugs it covers if the program had the same prices as Department of Veteran Affairs, which can bargain for discounts.

A. Closing loopholes, improving access to lower-cost generic drugs. What happens is, brand name drug companies limit the availability of lower-cost versions of their medications by entering into pay-for-delay agreements in which they pay generic drug companies not to duplicate their products.

Q. Aren’t there patent issues involved in that?

A. Yes, but the patent system is gamed to the interests of Big Pharma, to the detriment of consumers. In 2017, 22% of New Hampshire residents stopped taking medicine that was prescribed due to cost. In the Granite State between 2012 to 2017 the average annual cost of prescription drug treatment went up by 57.8%, based on the four leading prescription drugs. In that same time period, Granite Staters’ median income increased by 13.2%.

Q. How would the various proposals for a national health care program affect the elderly population?

A. We don’t support Medicare for all. We’re speaking of and supporting Medicare as it currently exists, with some changes. We supported and continue to support the Affordable Care Act. We’re seeking change within the existing system, not advocating a new system.

Q. How has the senior population been affected by the shortage of affordable housing?

A. There’s a commonality between the older and younger generations around housing. Both age groups want safe affordable housing and both are challenged to find it here.

There are a lot of innovative solutions related to housing. One is the accessory dwelling units law passed by the New Hampshire Legislature that permits people to utilize some portion of their property to rent out to others, either as an attachment to the house or contained within the primary dwelling, subject to regulation. It used to be allowed only for relatives or in-laws or caregivers. Under existing regulation, it can be used for people without such a relationship.

Q. What about the challenge high property taxes pose to elderly people struggling to keep their homes?

A. We’re concerned with the preservation of the elderly property tax exemptions in some towns. We’re not embarking on any other campaign presently on that issue.

Q. Many older workers have parents who need care, requiring time off for their working children. How does that affect the value of older potential employees?

A. There are 173,000 family caregivers in New Hampshire, from parents taking care of young kids, to grandparents taking care of grandchildren to experienced older workers taking care of aging parents. We have a toolbox online offering strategies for accommodating workers with caregiving needs, while at the same time ensuring that employers get the productivity they need from their employees.

Q. What are some of those strategies?

A. They can institute flex time. Cross training of employees for built-in redundancy in the workplace. Allow some of these folks part-time opportunities. Allow leave time to be used for caregiving, bearing in mind that the cost of absenteeism and the cost of hiring and training new employees far outweighs the cost of implementing those specific solutions.

Q. How big a problem is scam artists preying on the elderly?

A. Scam artists target the elderly for sure. It’s another view that this age cohort is either naïve or easily frightened. What these people do is play on emotions of victims, get them into a heightened emotional estate that plays either on fear or greed common to all generations, all people, and then trick them into acting.

The IRS scam is a big one. Someone calls, claiming to be from the IRS and demanding money in exchange for leniency. Another scam is preying on people’s loneliness. What they intend to do is develop a relationship, a cultivation of trust over time, and what they then do is get people to give up some of their money. “I need you to help me.”

Scam artists use everything to build a whole profile. They look at web pages and social media as they look to play on people’s emotional trigger, and they do it well. But they get all generations, not just the older folks. So what we do is try to educate with a Fraud Watch network to alert people to the scams that are happening and how people have been victimized by them. We also work with the New Hampshire Attorney General’s office.

A. I think it’s important for people to know we’re not an insurance company. We are a social mission organization. We are non-partisan. We don’t support any political party or candidate and we don’t have a PAC. We are advocates for those 50-plus and their families in New Hampshire, as in all other states, which is why we have offices in every state.

Q. Though you don’t endorse parties or candidates, you do publicly congratulate officeholders who support your stands and criticize those who oppose them, don’t you?

A. We certainly congratulate, and we hold people responsible.