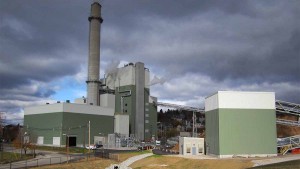 Cate Street Capital Inc.’s bankruptcy filing in May could thwart a state court order to put both it – and a separate company with the same management involved with the Burgess BioPower plant in Berlin – into receivership in order to investigate how millions of dollars disappeared.

The Portsmouth-based private equity firm filed for Chapter 7 bankruptcy liquidation on May 12, claiming it owed $3.6 million – most of it to Andover, Mass.-based Xpress Natural Gas LLC, a supplier to the Great Northern Paper mill in East Millinocket Maine that Cate Street Capital financed. That mill shut down in 2014, leaving hundreds out of work and unpaid bills, including $16 million of Maine economic development incentives.

Xpress sued Cate Street Capital and won a $2.8 million judgment that it could not collect in Maine so it filed suit in Rockingham County Superior Court in New Hampshire.

Cate Street pleaded that it had no money. In its bankruptcy filing, it listed $200,000 in assets.

Cate Street Capital was involved with the 75-megawatt Burgess Biomass plant in Berlin, which was built to sell power at above-market prices, thanks to a New Hampshire law enacted two years ago. It also received a $500,000 renewable energy grant from the New Hampshire Public Utilities Commission because of its use of low-grade wood.   All told, the plant, on which construction is supposed to start in 2021, is expected to create more than 300 jobs and result in $65 million in economic activity.

But, according to bankruptcy filing by Cate Street Capital, the company transferred its contract to sell the plant’s power in March 2018 because it was “not profitable, to CS Operations Inc.” which is located at the same address (1 Cate Street in Portsmouth, NH).

The bankruptcy filing said CS Operations – which, according to state court filings, is legally Cate Street Operations, Inc. – had no affiliation but the owners of each are insiders.

Those insiders are Robert Desrosiers, who signed the bankruptcy filing as director, and John Halley, another director. Both are listed as officers of Cate Street Operations Inc., according to the annual report filed in Florida in March which give One Cate Street as their address.

Xpress claims that the transfer came at no consideration for its contract, said to be worth $1 million a year for another 14 years, and was a fraudulent attempt to duck a multimillion-dollar judgment.

Rockingham County Superior Court Judge Marguerite Wageling would not rule on that, because the issue at hand is protecting any assets for the judgment. But she noted that tax returns “show that $10 million of CSC’s assets have disappeared since 2016” so it could have paid the $2.8 million judgment back in 2014.

“CSC has not provided a reasonable explanation as to where these funds went,” said the judge, who ruled that “CSO is a mere continuation of CSC” and ordered that Cate Street Operations be brought into the case. CSO moved to dismiss that order, but the judge denied that motion on Dec. 30.

Cate Street Capital appealed that ruling to the state Supreme Court, but on May 13, its attorney specifically listed Xpress as an adversary case and asked that the federal judge remove it from the state case and put it under the federal bankruptcy jurisdiction.

“CS Operations Inc. (CSO) is not a continuation of Cate Street Capital Inc. (CSC); they are wholly separate entities,” said Sarah Boone, vice president, public affairs and Administration of CSO. “Neither CSO nor CSC ever owned Burgess BioPower (BBP). At one time, CSC had a management contract with BBP, which it assigned to CSO as CSC was winding down. CSC has not conducted business in more than two years. The CSC bankruptcy filing has no impact on Burgess BioPower.”

Boone added that “CSO’s role is to provide back-office services (like accounting, HR, etc.) under a management agreement. The order by the state court regarding receivership only applied to that agreement.”

The rest of Cate Street Capital’s debts (about $800,000) are legal fees, some presumably related to the lengthy litigation with Xpress. The largest, more than $429,000, is owed to the law firm of McLane Middleton.