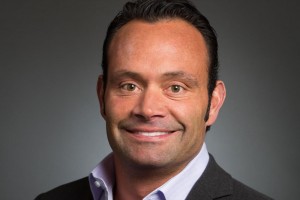 While people are slowing returning to gyms, Planet Fitness is covering its bets by investing in iFit Health and Fitness, a home fitness technology company, as part of the company’s “bricks-with-clicks” strategy.

The Hampton-based fitness franchiser wouldn’t disclose how much of a minority stake it is acquiring in the Utah-based company, nor how much they paid for it, when announcing the deal in its quarterly earnings release.

The company reported that revenue fell more than 12%, to $111.9 million, same-stores sales decreased nearly 15% and net income dropped 40%, to $6.2 million, in the first quarter.

Nearly all of the company’s U.S. gyms are now open now and membership is 40% of pre-pandemic levels. But more people returned during the first quarter.

“We believe that the positive headline news on Covid-19 vaccine availability drove a seasonality shift in our membership trends as March membership growth exceeded March 2019, reinforcing our belief that people are eager to get back into our gyms,” said CEO Chris Rondeau in an earnings call. Later he added: “I think it’s pretty astonishing that we’ve gotten back just here in four month.”

That’s one reason the company has launched a long-delayed marketing blitz, with commercials of hapless folks trying to work out in their cramped houses in front of their mocking children, and the family dog, who decides to make his mark on the arm of someone trying to do living room pushups.

Another reason is “market share grab,” Rondeau said, adding that “17% of the industry is currently closed, and as more close, we want to make sure that we are front and center,” Rondeau explained to investors.

A third reason is to counter the perception that gyms are unsafe, he said.

“The media has tarnished the industry a little bit, I’d say, which is how they kind of put us in this corner of gyms are dirty and they’re petri dishes over the last year,” said Rondeau.

He noted that one franchise gym closed, although on the whole, franchise revenue was up in the first quarter, while equipment revenue was down by two-thirds, but due to pandemic issues.

And the company continues to open stores – 22 in the last quarter, projecting 75 to 100 stores will open this year.

For those who still don’t want to go into a gym, Planet Fitness is starting to offer digital-only subscriptions to PF+-branded iFit app for $5.99 a month, lower than the $10-a-month fee to use the gyms.

But, Rondeau emphasized, the app is not just an alternative to gyms but a way to get people to gyms.

“More than 30% of PF+ members joined Planet Fitness locations after subscribing, hence demonstrating our “digital as a gateway to bricks-and-mortar” strategy. This is up from 20% in Q4. Additionally, 65% of our members who have subscribed have visited our core bricks-and-mortar offerings since subscribing,” Rondeau said.