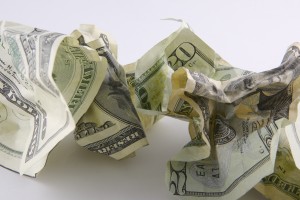 One reason New Hampshire employers may not have been able to find enough workers over the summer is that they weren’t offering enough money.

At least that could be one interpretation of a report released Monday by the Pew Charitable Trust, which showed personal income growth rate in the Granite State as one of the lowest in the United States since the pandemic began.

“Although Americans’ earnings, which account for the bulk of personal income, ticked up in most states as the economy recovered, higher levels of government assistance payments actually drove much of states’ gains,” said the report.

That relief included the extra unemployment insurance, but also increases in Social Security, Medicare and Medicaid and other safety net programs.

The amount of some government payments went down compared to the spring of 2020, when the pandemic first started, so the nation had negative growth pf 2.84 percent in the last year. But in New Hampshire, personal income shrank by 5.22 percent.

Most personal income comes through earnings – mostly wages – but that has risen in the U.S. only slightly since the pandemic’s start, at least as of the second quarter. But it declined in New Hampshire by 0.7 percent, while in the U.S., earnings rose 1.8 percent. But New Hampshire residents also got less than their share of pandemic assistance. Government transfer income went up 20 percent nationwide, but by 16 percent in New Hampshire.