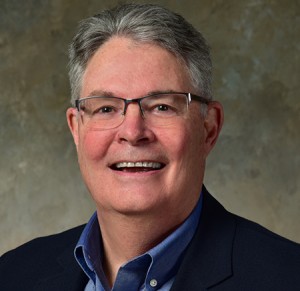 After nearly 30 years at TFMoran Inc., Jeffrey M. Kevan, principal and Civil Engineering Department manager, will be retiring from the company at the end of 2022. TFMoran President Bob Duval said of Kevan: ‘Throughout his tenure, we have all benefited from his engineering expertise and strong commitment to our clients. Over the years, his many contributions have helped make TFMoran the strong and well-respected company we are today.’ Nick Golon of the firm’s Bedford office, will be succeed Kevan as manager of the Civil Engineering Department.

The state will receive $6.2 million in federal money for its weatherization assistance program, following approval last week by the Executive Council.  Around $5.6 million of the federal money will go toward grants to assist income-eligible individuals and households pay for weatherizing their homes. An additional $130,000 will be spent on two temporary full-time positions to administer the program, the department stated. The federal funding comes from the Bipartisan Infrastructure Law. It covers energy-efficiency improvements like insulation and air sealing for both renters and homeowners.

Reconstruction of the I-95 Piscataqua River Bridge between New Hampshire and Maine has won the 2022 Honor Award for Traffic Management and Planning in the American Council of Engineering Companies of Maine Engineering Excellence Awards competition. The work, performed by TYLin, to improve the safety of the bridge, develop rehabilitation designs, and identify a way to move more traffic through the corridor using the existing structure. The busiest bridge in Maine, the 4,503-foot-long through-arch structure carries six lanes of Interstate 95 between Portsmouth and Kittery, Maine.

Albany, N.Y.-based CHA Consulting Inc. has continued its expansion in Florida with the acquisition of Eckler Engineering Inc. a Fort Lauderdale-based civil engineering firm focused on water and wastewater services. It is CHA’s third acquisition in Florida in less than two years.

Margaret Levell has joined the Bedford office of TFMoran as a civil project engineer. She recently graduated with her bachelor of science in agricultural engineering and environmental and natural resources from Purdue University.  In addition, the firm announced that Andrew Griffin recently earned his professional engineer license from the state of New Hampshire. He works as a structural project engineer in the firm’s Portsmouth office

Ed Doherty will take over for Bob Engel Jr. as president of API or NH and Delta T, the Manchester-based distributor of heating and cooling products for mini-malls, restaurants and other commercial establishments. Engel, who has worked for the company for more than 42 years, will now focus on building his personal and professional relationships with employees, customers and vendors, he said, including mentoring new employees and working with new and existing customers and vendors. Doherty has been with API of NH and Delta T since 1989 and has worked in various departments, including sheet metal, warehouse, counter, and inside and outside sales. He has taken on roles such as branch manager, general manager and sales manager.

Manchester-based wall and ceiling contractor Metro Walls is again expanding the company’s operations in the Northeast with the opening of an office in Elmsford, N.Y. With the new location, Metro Walls will have four offices, with others in Portland, Maine, Westport, Mass. The expansion will help the firm broaden its reach into a territory that includes New York metropolitan area. Leading the new office are Denis O’Sullivan, who will be vice president of pre-construction, and Robert Moran, will serve as vice president of construction.

The BJ Cirnigliaro Memorial Fund, which was created in early 2021 by Absolute Title, has announced it has presented $20,000 in donations to five organizations – Families in Transition, Southern New Hampshire Services, the American Foundation for Suicide Prevention-New Hampshire Chapter, Gather and Waypoint.   The company, with locations in Bedford, Concord and Portsmouth, created the memorial fund to honor its longtime employee, BJ Cirnigliaro, who unexpectedly passed away in 2020. He was one of the company’s first employees and as senior vice president, opened the company’s office in Portsmouth in May 2019.

Jack and Andrea Carnevale, owners of the Bedford Village Inn, have announce that work has begun on their nine-home gated condominium community, Grand Avenue. The community is being built on an eight-acre parcel adjacent to the Grand at the Bedford Village Inn. Lots will be sold to individual buyers so they can custom-design their homes based on the slopeside views each lot offers, they said. A private road and sidewalks are expected to be completed by spring 2023, when construction of the private residences is expected to start. The community is being marketed by The Fine Homes Group at Keller Williams Realty Metropolitan.