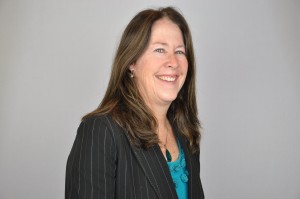 Maureen Usifer of Colchester, Vt, has been elected to PC Construction’s six-member board of directors, the firm woman to sit on the board of the company. Usifer has more than 30 years of experience in the financial sector and is former chief financial officer of Seventh Generation and was a longtime vice president of investor relations for Church & Dwight, a consumer products company whose brand portfolio includes Arm & Hammer and Oxi-Clean. PC Construction, which is based in South Burlington, Vt., has an office in Manchester, NH.

Richard “Dick” Piper, founder and President of R.M. Piper Inc., Plymouth, has been named the winner of the 25th annual New Hampshire Construction Industry Ethics Award, which honors the “individual, business or organization that, through its words and deeds, best demonstrates a commitment to upholding the highest ethical standards in construction.” He will receive the award at the New Hampshire Good Roads Association’s June 2 annual meeting at the Grappone Conference Center in Concord. The award, created longtime industry public relations expert David “Woody” Wood, is now overseen by Plan NH.

Arthur Rose, owner of A.W. Rose Construction of Manchester, has been appointed to the State Building Code Review Board. Nominated by Associated General Contractors of NH, Rose will represent the association as a nonresidential building contractor. The appointment is for a three-year term.

Mechanical contracting firm DECCO Inc., Brookline, has named Edwin Jones as its director of environmental, health and safety, a newly created position. Jones has more than 30 years of experience in the management of health and safety programs. In addition, Dale Cailler has been named corporate manager, another newly created position. He has more than 25 years of experience in account management and leadership. The firm announced two other appointments: Brian Burns has been named a project manager and Molly Reagan has been appointed a project engineer.

Prolman Realty has announced the sale of 110-114 W. Pearl St., Nashua, to 110-114 West Pearl Street LLC. Mark Prolman represented the seller, The Youth Council, and assisted the buyer of the three-story brick building, which has 3,138 square feet of retail space occupied by Codex and another 6,432 square feet of office space on the second and third floors. Bill O’Brien of West Pearl Street LLC says he intends to lease 3,216 square feet to his software company, RegDox Solutions Inc. Sale price was $645,000.

As for the Youth Council, Prolman announced the sale of Unit 9-10 at 74 Northeastern Blvd. to the organization. Prolman’s Lisa Ferrari, who represented the seller, Robrich Realty LLC, and assisted the Buyer, “the 4,800 square foot office condominium is situated in the Northbridge Business Center and is the new headquarters for The Youth Council, previously located at 110-114 West Pearl Street in downtown Nashua.” According to The Hillsborough Country Registry of Deeds the sale price was $323,000.

Michael Cook has joined Kalwall as a sales representative covering metro Boston and the South Shore of Massachusetts, He has over 15 years of experience in architectural- and construction-related sales and was most recently territory sales manager for Oldcastle Infrastructure.

Meredith Village Savings Bank recently purchased $10,000 in tax credits from the Homeless Center for Strafford County through the New Hampshire Community Development Finance Authority to support their efforts to build a new shelter building ready for occupancy in the fall of 2021. The organization currently maintains a six-bedroom residential home but will be moving in the fall to a new 5,250-square-foot building that cann provide shelter for 40 community members.

Ledgewood Phase II, which consists of 18 parcels ranging in price from $199,000 to $450,000 and is set on some 800 acres in Bethlehem, has sold out, Peabody & Smith Realty announced. First opened in the fall of 2020, Phase II was sold out in less than six months, said Andy Smith, broker/owner at Peabody & Smith.

Donald Sutherland has joined Bangor Savings Bank as a mortgage loan officer. He has more than 20 years in the mortgage industry, most recently as a loan officer with St. Mary’s Bank.

Off Lease Auto Mall has opened a 20,000-square-foot facility in the former Toys “R” Us building at 2 Keller St. in Manchester. The dealership is owned by Vicki Marcinkevich, owner and operator of Team Nissan in Manchester.