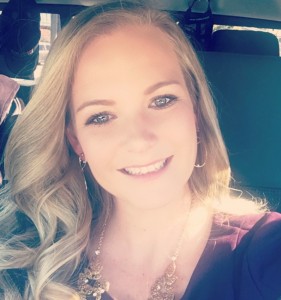 Epping-based EnviroVantage has added Beth Cummings to its staff headquarters. Cummings, who has an extensive background in both project and operational management in the construction industry, she has overseen commercial, residential and remediation projects around New England.

Pam Hall, chair of the board of Bedford-based Normandeau Associates, has been presented with a Lifetime Achievement Award, and the firm has been given a 50-Year Recognition Award, by the Environmental Business Journal. Hall began her career with Normandeau in 1971 and was CEO of the company for 32 years. During her tenure, she led the company’s growth to become a nationwide firm and oversaw the company’s shift to 100% employee ownership in 2000.

CATCH Neighborhood Housing will be continuing its “Home for the Holidays” virtual event, this time presenting a virtual concert with Liam and Mickey Spain for St. Patrick’s Day. the concert will be broadcast live at 6 p.m. Tuesday, March 16, from Phenix Hall in Concord. It is the second concert hosted by CATCH in its “Home for the Holidays” series; .

Jonathan Devine has joined TFMoran as a survey field technician in the firm’s Bedford office. Devine is a recent graduate of Montana State University, where he earned a bachelor of science degree in civil engineering and has an Engineer in Training certification from the state of New Hampshire.

The New Hampshire Liquor Commission has opened a completely renovated 5,200-square-foot NH Liquor & Wine Outlet in Gorham. The outlet, located in the Androscoggin Plaza, now features more than 1,700 wines and spirits, a brand-new retail area and a host of new features and modern amenities. The commission is currently building new ones in Littleton and New London that will open this spring.

Procon/XSS of Hooksett has formed a team and launched a fundraising campaign for Waypoint’s seventh annual SleepOut, a fundraiser on March 26 to aid homeless youth and get another step closer to ending youth homelessness in New Hampshire. Funds raised will subsidize Waypoint’s expansion throughout New Hampshire with drop-in centers in Rochester and Concord, and an overnight shelter for youth in Manchester. Waypoint’s SleepOut 2021 happens March 26, remote-style. To participate or support, visit waypointnh.org.