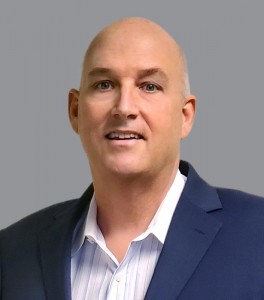 Charles Dowd has joined Meredith Village Savings Bank as vice president of residential mortgage sales. He is based out of MVSB’s main office in Meredith.

Elm Grove Companies, Manchester, has donated a total of $20,000 to several Queen City nonprofits to bolster programs impacted by the pandemic. The organizations are Manchester Proud, the Manchester Police Athletic League, The Boys and Girls Club of Manchester, Big Brothers Big Sisters of New Hampshire, The Manchester Community Music School and the YMCA of Downtown Manchester. “We know this will only make a small dent in the overwhelming burden the pandemic has put on these organizations, but our hope is that it will provide some relief and support to help them in continuing their missions,” said Newton Kershaw III, Elm Grove co-founder and principal.

The Glendale Cabins in Gilford, which includes a year-round main house and seven seasonal cottages near Lake Winnipesaukee in Gilford, has been sold, reports Gail DiGangi of Roche Realty Group, who worked with both the seller and buyer.

RE/MAX Bayside’s Commercial Division has announced the sale of Richaven Cottage, a waterfront cottage colony, on Weirs Boulevard in Laconia. Ron Talon and Russ Poirier were the listing agents for the transaction.

Winemaker Amy LaBelle and her husband Cesar Arboleda, co-owners of LaBelle Winery in Derry, formerly Brookstone Events & Golf, have announced the name of their planned restaurant as Americus. The restaurant is scheduled to open sometime in mid-May.

Applications are being accepted through March 24 by the New Hampshire Supreme Court from engineers and land surveyors interested in becoming a member of the state’s newly created Housing Appeals Board. The term runs through June 30, 2024. For more information, visit jobs.nhfirst.nh.gov.

Ohio-based Davey Tree Expert Company has acquired Chippers Inc., of Woodstock, Vt. Employing over 90 people, Chippers has been serving northern New England since 1986, with offices in Woodstock as well as Enfield and Meredith in New Hampshire. The firm’s areas of expertise are arboriculture, turf and soil care, gardening, land enhancement, forestry and maple syrup. Mundy Wilson Piper, president and CEO of Chippers, will remain as a consultant for six months while Jason Eaton in sales and Travis Vickerson in operations will continue to have lead roles under Davey.