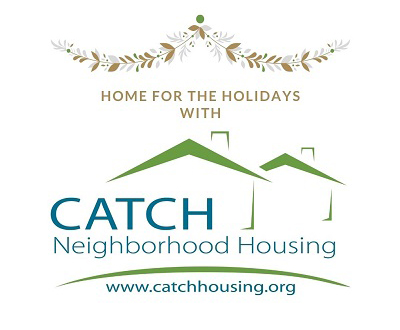 Beginning Saturday, Dec. 19, Concord-based CATCH Neighborhood Housing will launch its inaugural ‘Home for the Holidays’ campaign, with virtual holiday concerts featuring original music from local artists and the goal of sharing ‘some joy to those who are unable to leave their homes and for all those who are finding it difficult to get in the holiday spirit this year,’ said Executive Vice President Tom Furtado. For more information, visit catchhousing.org/programs.

Alexander Croteau has joined TFMoran as a civil project engineer in the firm’s Bedford office. Croteau recently graduated from the College of Engineering and Physical Sciences at the University of New Hampshire in Durham, earning a bachelor’s degree in civil engineering.

Cameron Real EstateInc. has purchased the office building at 6 Trafalgar Square, Nashua. Purchase price was $2 million. The 28,000-square-foot building, which was formerly the headquarters of KBace Technology, has 28,067 square feet of first-class office space on two floors.  Cameron was represented by Larry Hirsch of Hirsch & Company.KBace Holdings was represented by Nicole Canavan of Prudential Verani Real Estate. Hirsch & Company has also retained by Cameron as its leasing agent.

Also at North Branch the firm has donated the proceeds from its annual safety fine program to two non-profit organizations, Twin Pines Housing Trust of White River Jct., Vt., and the New Hampshire SPCA in Stratham. In 2020, the Safety Fine Program proceeds totaled nearly $3,000, resulting in a $1,500 donation to each organization.

Portsmouth-based Step Up Parents has been named a recipient of the Moving Communities Campaign, which was started in 2017 by Lexi Leddy ofGreat Island Realty, which donates a portion of all commissions to helping a local charity. To date, she has given back over $45,000 to the community.

The Institute of Art and Design at New England College recently announced that Brady Sullivan Propertiesco-owner Arthur Sullivan recently purchased 14 works of art created by institute alumnus Aaron Kane. Kane’s collection, entitled “City Limits!” has been on exhibit and accessible to the public at Brady Sullivan Plaza’s 1000 Elm Street in the heart of downtown Manchester for the past eight months, showcasing his “cut paper” art.

USDA Rural Development in Vermont and New Hampshire is seeking applications from nonprofits and public entities seeking financing to improve essential community infrastructure through the agency’s Community Facilities Direct Loan & Grant Program and Water & Waste Disposal Loan & Grant Program. Deadline to apply for the state funding pool is Dec. 18 and its April 16, 2021, to apply for national funding. For more information, contact Kevin Lambert at 802-828-6080 or Kevin.Lambert@usda.gov.

The Seacoast Board of Realtors has named Karen Kulberg, a Realtor with Better Homes & Garden The Masiello Group, the winner of its first Good Neighbor Award.  She was recognized for her work on behalf of Hope on Haven Hill, a residential recovery facility for pregnant women with substance abuse disorders. A $1,000 check was presented to Hope on Haven Hill in honor of Kulberg’s Good Neighbor Award.

Eckman Construction recently received an Associated Builders and Contracts of NH/VT Design-Build Excellence Award for its recent work at the Derryfield School in Manchester. The project added a new 42,000 square-foot Athletic & Wellness Center to the campus and converted a 10,000 square-foot former gymnasium into a Science and Innovation Center. The team also included Cowan Goudreau Architects, TFMoran and Fitzemeyer & Tocci Associates.