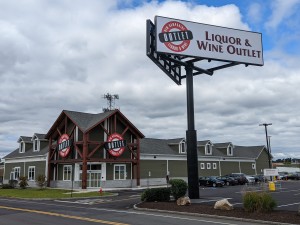 The NH Liquor Commission has opened a new 13,000-square-foot Liquor & Wine Outlet at 850 Gold St. in Manchester just as it has begun construction on a new Nashua store, which is expected to open in May 2023. The NHLC is relocating the existing Nashua outlet on Northwest Boulevard to a freestanding building on the same property.

Matt Cooke, currently executive vice president and chief operating officer of Burlington, Vt.-based PC Construction will be taking over the company’s presidency and become CEO to succeed longtime PC leader Jay Fayette. The company announced that the appointment is part of its long-term succession plan. Fayette will remain in an advisory role for PC over the next 12-month transition period.

Manchester-based Outdoor Pride Landscape & Snow Management has been named by the Snow & Ice Management Association as one of the country’s “Best Places to Work” in the industry. Outdoor Pride, which employs more than 100 full-time, year-round employees and approximately 250 seasonal employees, earned the distinction as part of SIMA’s 25th annual Snow & Ice Symposium awards program. The company, which also has offices in Chelmsford, Mass. and satellite locations throughout the region, provides commercial snow management, landscape installation and ground management services throughout southern and central New Hampshire and northern and eastern Massachusetts.

Michael F. Reed of Stebbins Commercial Properties has announced the lease of 2,500 square feet of industrial space at 8 Industrial Park Drive, Hooksett, to Veteran Pro Concrete Pumping LLC of Auburn. Reed represented Marcel and Cynthia Mercer, the owners, and NAI Norwood represented the tenant in the transaction. Reed also announced the sale of a development site on Old Bedford Road, Bedford, by The Roman Catholic Bishop of Manchester to LaMontagne Builders of Bedford. Reed represented the seller and assisted the buyer in this transaction. According to the Registry of Deeds the sale price was $2.81 million.

Access Hotels and Resorts, owners of the Inn at Thorn Hill and Spa in Jackson among other properties, has acquired the nearby Christmas Farm Inn and Spa in Jackson. Sale price was not provided. Sellers were Sandra and Gary Plourde, who were represented by Realtor Earle Wason of Wason Associates of Portsmouth Access, which is based in Florida, bought the Inn at Thorn Hill in October 2019 for $3.2 million. All told, it owns or manages 13 other hotel properties around the country.