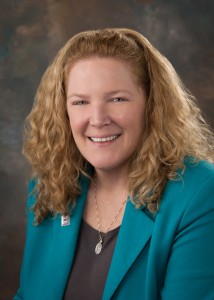 Evelyn Whelton of Madison has been appointed by Gov. Chris Sununu to the NH Housing Finance Authority board of directors. The senior vice president, retail lending sales manager for Bank of New Hampshire, Whelton is a founder and board member of the Mount Washington Valley Housing Coalition and past president of the Mortgage Bankers & Brokers Association of NH. In addition, Chris Norwood of Portsmouth was appointed to serve as chair of the New Hampshire Housing board, and at its July meeting, John A. (Jac) Cuddy of North Conway was named vice chair.

Manchester-based Brady Sullivan Properties has sold the former Indian Head Bank building, one of downtown Nashua’s most recognized properties, for $1.6 million to a Massachusetts firm that plans to convert the structure into apartments. Vacant at the time of the sale, the building at 146-150 Main St., consists of over 18,000 square feet and features period architecture, vaulted ceilings and oversized windows, as well as a dedicated parking lot on site. The buyers were Massachusetts-based developers Giancarlo Tiberi and Greg Donovan of Core Development. They have master-planned a residential conversion of the office property, calling for 22 apartments over the three stories. Tiberi said the acquisition is “a long-term buy and hold for us. We love the architectural details of the property and feel like these residences will be a great addition to Main Street.”

James Tobin facilitated the sale on the seller’s behalf along with Charles Panasis and Jamison Bibaud of Brady Sullivan.

Demolition has begun on the historic Hoffman building on North Main Street in Rochester, paving the way for a six-story project that will include 45 apartments and 2,200 square feet of commercial space.

Vespar Duffy has joined the Franconia office of Peabody & Smith Realty as a sales agent. Duffy was the owner/operator of a hair salon and spa in North Conway for many years and now lives in Franconia.

Solar Power World magazine has listed White River Jct., Vt.-based Norwich Solarat No. 151 on its list of Top Solar Contractors in the U.S. All told, 411 contractors were listed. The ranking is based on self-reported total kilowatts installed by each company