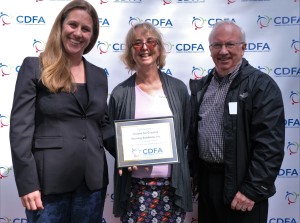 The Savings Bank of Walpole is opening a new branch in Rindge as it seeks to grow its local footprint. The bank said it plans to open its seventh branch along Route 202 early next year, with work slated to begin on the new location this month. The bank will renovate a former GFA Federal Credit Union location at 31 Sonja Drive, making use of a drive-thru that already exists on the side of the building. The branch is expected to open in early 2023, according to a news release from Savings Bank of Walpole.

The iconic Library Restaurant, the downtown Portsmouth steakhouse operating inside the Rockingham House for nearly 50 years, has been listed on the market for $3.4 million. The landmark city business hit the market this week. The sale, which does not include the residences above the restaurant, includes its inventory, furniture, fixtures and equipment. Joe Leddy of Duston Leddy Real Estate in Portsmouth is listing agent for the property.

Maine-based Hammond Lumber Co. has acquired Brock’s Building Materials, a third-generation, family-owned company in Rochester. Hammond, based in Belgrade, Maine, is a fourth-generation, family-owned building material retailer established in 1953. With the acquisition, Hammond now has nearly 900 employees and 22 locations across Maine and New Hampshire, the company said in a news release. Brock, established in 1961 by Maurice and Anne Brock, has served the Seacoast and lakes regions of New Hampshire and southern Maine for more than 60 years. Hammond offered employment to all of Brock’s employees.

Matt Thomas, a mortgage loan officer for Merrimack County Savings Bank, has been named the 2021 Top Loan Originator among New Hampshire banks for the third year in a row. According to data collected by the Warren Group and published in the Registry Review, Thomas ranked first 1 statewide for both volume and number of loans. He also ranked first in southeast New Hampshire for both volume and number of loans. Statewide, Thomas processed nearly 300 loans totaling roughly $78,361,000. A majority of those loans were for real estate purchases in Southwest New Hampshire including includes Hillsborough, Merrimack, Rockingham and Strafford counties.

The site is the former Stratham Tire Retail Center in Laconia, which includes a 6,297-square-foot retail building and a 5,000-square-foot storage/warehouse building on 1.37 acres of land, has been sold. Jerry Hersch of the commercial division of Londonderry-based Tinkham Realty represented the seller, The Lionel R. LaBonte Revocable Trust, and assisted the buyer, Wesley Ray Drew. Sale price, according to the Belknap Registry of Deeds, was $925,000.