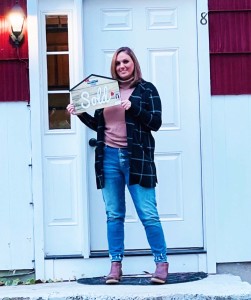 A four-story, 90-room Hilton Garden Inn is being proposed on Route 16 in North Conway across the street from a Comfort Inn and miniature golf venue, The hotel is being planned by Dipak Patel of Jivan LLC, which is also involved with other lodging properties in North Conway, including a Quality Inn. The hotel will include a pool, outdoor patio, fitness room, meeting room and food/beverage service.  The proposal is set to go before the Conway Planning Board June 23.

The Boston-based Home for Little Wanderers has opened Hillsborough Village, a “scattered site” housing program throughout New Hampshire to provide safe, stable housing for young adults involved with the Division for Children, Youth and Families. The program works with landlords to sign leases at market rate for apartments where young adults can live. The organization said the goal of the program is to provide secure, independent housing solutions for young adults who don’t have families to help them transition into adulthood while removing risk for landlords who may not be comfortable signing a lease with a young adult without a credit history. Once the young adult achieves economic stability and earns the landlord’s trust, the lease may be transferred to the young adult, said Lesli Suggs, CEO of The Home for Little Wanderers.

Lebanon-based Mascoma Community Development has announced the closing of $20 million in New Markets Tax Credits to finance the construction of a new manufacturing and warehouse facility for Tropical Products Inc.’s water-based personal care, home care and pet care products in Salem, Mass. The project is a new construction project located in “a severely distressed census tract,” said Tad Atwell, chief operating officer of MCD. “We expect that this project may catalyze investment by creating and retaining accessible, permanent jobs, and help revitalize the greater Salem community.

Tuscan Village, the 170-acre mixed-use property built on the site of the former Rockingham Park racetrack in Salem, NH, has announced the addition of New Hampshire’s first Container Store this holiday season, a Bennett’s Sandwich Shop and a 62,000-square-foot building just off Exit 1 on Interstate 93 will house a Mass General Brigham location to open later this summer. Doctors will offer primary care for adults and children in addition to specialty treatments.

A $17 million community center that would be used by multiple nonprofit groups has been proposed for the West Side of Manchester and will be named in honor of Mark Stebbins, chair and CEO of the Hooksett-based construction firm Procon, who died last June at 67. Stebbins also was owner of two real estate and development companies, XSS Hotels and Stebbins Commercial Properties as well as Monarch Communities and Coolcore, a maker of activewear. The Mark Stebbins Community Center is being established as a nonprofit.