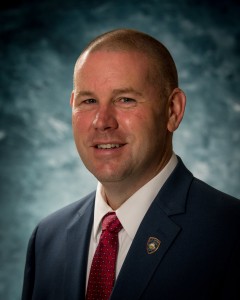 State Fire Marshal Sean Toomey of Warner has been named winner of the of the 26th annual NH Construction Industry Ethics Award, which honors the “individual, business or organization that, through words and deeds, best demonstrates a commitment to upholding the highest ethical standards in construction.” He will be presented with the honor the Annual Plan NH Awards Evening, scheduled to take place Wednesday June 22, at the Hotel Concord in Concord.

CATCH Neighborhood Housing, Concord, has announced the addition of two new members to its board of directors: Greg Chakmakas, an attorney and shareholder at Sheehan Phinney and a member of the firm’s Real Estate Group; and Greg Lessard, director of housing initiatives for the Concord Coalition to End Homelessness.

Arlie Vandenbroek of Coldwell Banker Lifestyles, Littleton, has earned The Institute for Luxury Home Marketing’s Million Dollar Guild recognition for experience and expertise in the sale of million-dollar and above residential properties.

The sale of 75 E. Hollis St. in Nashua has been announced by James Prieto, director of real estate at Granite Commercial Real Estate, who represented the seller in the transaction. The 7,932-square-foot building has six drive-in bays, three phase power and 35 parking spaces.

A $1 million gift from Harry Patten, a 1958 graduate of the University of New Hampshire, and the Patten Family Foundation will launch the Patten Family Sales and Funding Accelerator program at the University of New Hampshire’s Peter T. Paul Entrepreneurship Center this fall. The program will provide sales coaching to startup founders and co-founders who studied at the so-called ECenter as students and after graduation as young alumni.  The professional training will focus on the sale of products and services as a new startup.  After three months of training, founders will be certified and eligible to apply for up to $50,000 in non-equity/non-recourse loans.  Patten is chair of National Land Partners LLC, a buyer and seller of recreational and residential land across the U.S.

Dr. Rahul Gupta, director of the National Drug Control Policy, was in New Hampshire to participate in a roundtable discussion the state’s Recovery Friendly Workplace initiative. The event, which took place at Hooksett-based Procon, was led by Gupta and moderated by Samantha Lewandowski, assistant program director of the Recovery Friendly Workplace initiative. Among the businesses taking part were Procon, Grappone, Chameleon Group, Genfoot America Inc., and Hypertherm, along with representatives from Granite United Way and the state.

Winemaker Amy LaBelle and husband, Cesar Arboleda, co-owners of LaBelle Winery, which has locations in Amherst, Portsmouth and Derry, have opened a sparkling wine production facility and tasting room at the winery’s Derry location. Construction of the new building began last fall under the direction of designer and architect Peter Niemitz of the Niemitz Design Group in Boston. Jennifer Bartholomay of Fulcrum Associates in Amherst managed the project.

Meredith Village Savings Bank has supported the Wentworth Economic Development Corp. by purchasing $5,000 in tax credits through the NH Community Development Finance Authority to support its efforts to provide economic development opportunities in the Lakes Region.