People and Property: Real Estate and Construction New From Around NH 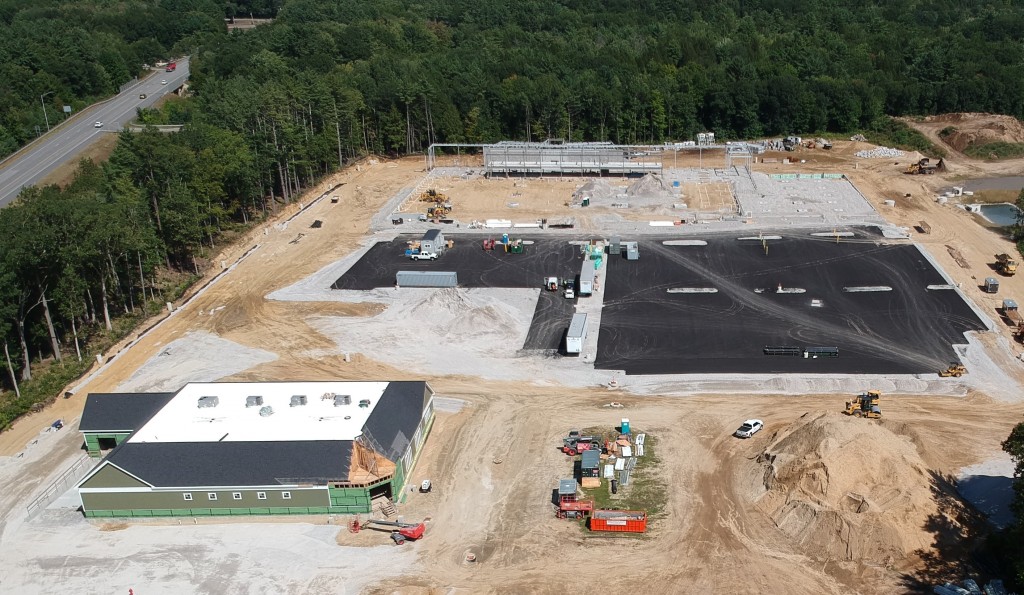 Construction has begun on Interchange Development LLC’s Merchants Way development off Exit 17 of Interstate 93 in the Penacook area of Concord. The first phase of the project will include a new 80,741-square-foot Market Basket supermarket, 22,500 square feet of attached retail space and a 13,500-square-foot New Hampshire Liquor & Wine Outlet. The buildings are currently under construction along with two private roads, Merchants Way and Interchange Drive, utilities to serve the 43-acre site, storm drainage, parking and sidewalks.

“As president of EAI, it is exciting for me to see us take this next step in our journey, said Michael Swett.

Winnipesaukee Lumber Company, a family-owned building supplier in Wolfeboro for the last 26 years, has been acquired by the fast-growing Hancock Lumber Co. of Casco, Maine. Terms of the deal were not disclosed, and Nov. 1 closing date has been set for the transaction. Established in 1848, Hancock Lumber is a seventh-generation, forest products company that in April acquired Lapointe Lumber, a supplier in Augusta and Gardiner in Maine. It has 600 employees and 11 lumberyards, nine kitchen design showrooms and three sawmills. It already has an existing operation in North Conway.

Mascoma Savings’ Mascoma Community Development arm has awarded $60 million in New Markets Tax Credits which can be offered to investors in qualifying community development projects. The state’s congressional delegation announced the award, and U.S. Sen. Jeanne Shaheen said the financial fallout caused by the pandemic exacerbated economic devastation facing underserved areas across New Hampshire and the nation. She said that’s why targeted funding to institutions like the bank is so critical to reverse these trends and lift local economies.

Jonathan Devine has joined TFMoran’s Civil Engineering Department as a Project Engineer in the Bedford office. Since last March, Devine has worked for TFMoran as a survey field technician. He received his Engineer in Training (EIT) certification from the state of New Hampshire in February. In addition, Philip Dahlberg has joined TFMoranas a survey field technician in the Bedford office. He previously worked as a survey technician for two local companies.

New Hampshire Jobs for America’s Graduates(NH-JAG) is expanding its programming and its physical space as well with a move from Manchester to Horseshoe Pond Lane in Concord. The move coincides with the launch of additional healthcare career training pathways, and a Concord training program will now be complemented by similar programs in Berlin, Keene and Laconia.

Meredith Village Savings Bank and Merrimack County Savings Bank are teaming up to present a complimentary webinar on safety for local Realtors on Thursday, Sept. 23. In the hour-long virtual event, former Tilton Police Chief and security expert Bobby Cormier will review best practices to help Realtors remain safe on the job. The webinar begins at 10 a.m. To register, click here.

Jewett Construction Company, Fremont, has announced that Will Courchesne has joined the firm as an assistant estimator.