Pan Am Railways sale: What’s in it for NH tracks?

Future of rail in state tied to regional carrier’s future 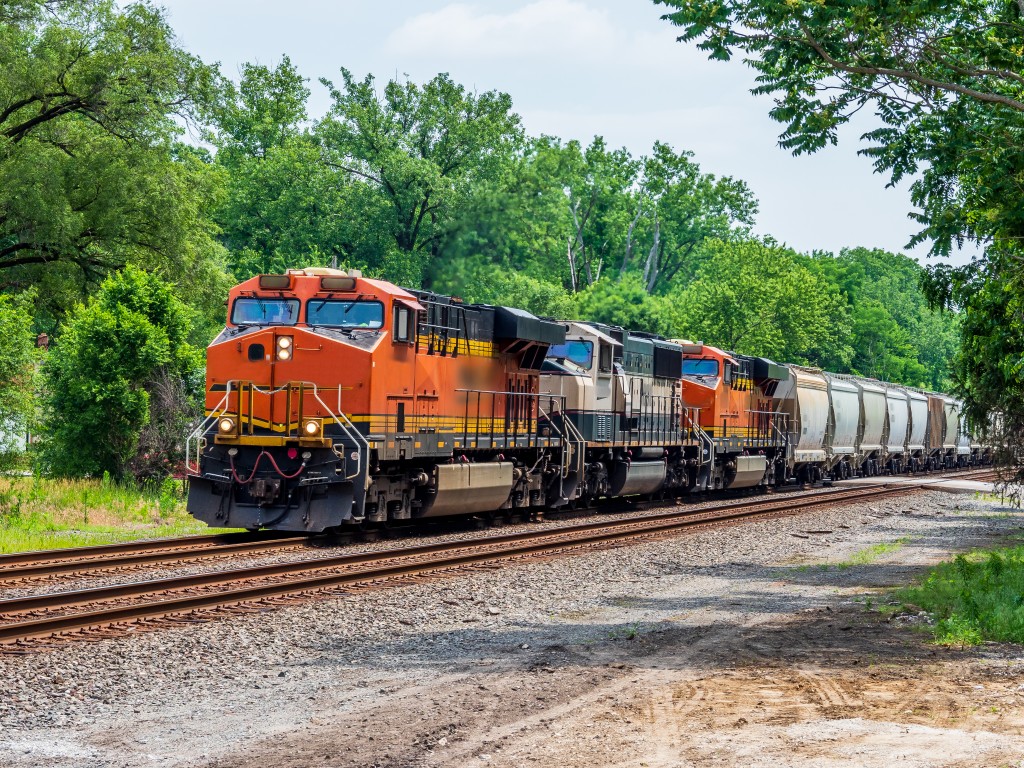 The prospective sale of Pan Am Railways, the largest regional railroad in North America, running across 1,700 miles of track that connects New England to the entire continent, has touched off a flurry of speculation about the future of freight and passenger traffic by rail in the Northeast.

“This will be a crazy sale to watch,” read one post on a long thread on archBOSTON.org, which hosts a forum on railroad news.

“This will hardly be the only deal of consequence struck in/around the Northeast,” predicted another poster, who suggested Pan Am’s network might be sold piecemeal, and if it were acquired in its entirety, pieces might be sold off subsequently to finance the transaction.

“Who can afford to buy it without incurring excessive debt?” asked another.

Headquartered in Billerica, Mass., Pan Am is a privately held company owned by Timothy Mellon, heir to the fortune of the Mellon family of Pittsburgh, Pa.

Its lines carry freight in New Hampshire, Vermont, Maine, Massachusetts, New York and Connecticut. And its rails connect directly to Norfolk Southern Railway, CSX and Canadian Pacific Railway as well as to 20 other regional and shortline railroads.

The Canadian National Railway, Canadian Pacific, CSX and Norfolk Southern — four of the seven largest rail systems in the country — are all touted as prospective buyers, along with Genesee & Wyoming Inc., a holding company with a portfolio of 121 regional and shortline railroads in North America and Europe.

While many place short odds on Norfolk Southern, others point out that it has the highest operating ratio among major railroads and recently closed a facility in Ohio to strengthen its financial position. And the company recently announced “we want only quality revenue,” not “lower-rated commodities.”

Peter Leishman, a state representative who owns and operates the Milford-Bennington Railroad, said the ideal owner would invest in upgrading track and signals, especially on the NH Main Line, while aggressively marketing freight services in the state.

Among the likely bidders Leishman favored NSR, not least for its record of increasing the number of shippers choosing to move products and commodities by rail. And he noted that the company’s chair, president and CEO is James A. Squires of Hollis, son of James W. Squires — a well-known New Hampshire physician who founded the state’s first HMO, served in the state Senate and once ran for governor.

Peter Griffin, president of the New Hampshire Railroad Revitalization Association, specifically referred to the prospect of providing passenger as well as freight service  on the NH Main Line and extending rail operations across the 73 miles of state-owned rails from Concord to Lincoln. He said that restoring rail service to the North Country would stimulate development of both the tourist and industrial sectors of the regional economy.

Meanwhile, on the news Pan Am was for sale, TransitMatters, a Boston-based advocacy group, called for the New England states to “take a strong role in determining the ultimate fate of the Pan Am system.”

Shelley Winters, administrator of the Division of Rails and Transit at the New Hampshire Department of Transportation, said that “the state is monitoring the situation. Pan Am’s trackage is important to the state for future current and future freight and passenger rail opportunities in the state and in the region.”

The federal Surface Transportation Board oversees the operation and structure of railroads, which includes the sale of railway lines. Leishman said that when the transaction reaches the STB, the state, along with other interested parties, can make representations to the board.

Pan Am owns two main lines: the PAR Main Line — 155 miles, linking the metropolitan areas of Boston and Albany — and the NH Main Line — 35 miles between Plaistow and Rollinsford, carrying the Amtrak Downeaster and freight traffic between Massachusetts and Maine.

In New Hampshire, Pan Am owns two main lines — the PAR Main Line and the NH Main Line — and several branch lines with altogether 121 miles of track. Both main lines connect to the Patriot Corridor, the northernmost east-west main line in New England.

Owned jointly by Pan Am and Norfolk Southern, the corridor runs 155 miles, linking the metropolitan areas of Boston and Albany and connecting to 281 branch lines in between. And both main lines are rated to carry the maximum gross load for a car and its contents of 286,000 pounds.

The PAR Main Line runs 35 miles between Plaistow and Rollinsford, carrying the Amtrak Downeaster and freight traffic between Massachusetts and Maine. The line connects to the NH Northcoast Corporation, a subsidiary of Boston Sand & Gravel Company, which runs trains carrying mostly aggregates and some propane to Boston and beyond over 42 miles of track between Ossipee and Dover. A 3.5-mile branch runs between Portsmouth and Newington and a 10-mile branch from Portsmouth joins the main line at Newfields.

The NH Main Line stretches 40 miles from Nashua to Concord where it joins the Concord-Lincoln Line, 73 miles of track owned by the state. The 12-mile Hillsboro Branch runs between Nashua and Wilton, where it joins a state-owned line running to Bennington. The line is operated by the Milford-Bennington Railroad, which regularly carries aggregates quarried by Granite State Concrete in Wilton. The main line crosses the Massachusetts border and joins the Patriot Corridor at Ayer.

More significantly, the line runs within the Capitol Corridor, the preferred route for extending passenger rail service from greater Boston to Nashua, Manchester and perhaps Concord.

The NHDOT prepared a preliminary study in 2014, and last year legislation was passed authorizing the state to apply toll credits to match federal funds to undertake a  thorough analysis of the engineering, environmental and financial aspects of the project.

Change in ownership of the NH Main Line would play directly into the development of passenger rail service, including the financing of improving the trackage and signaling on the line.

New ownership is unlikely to have an appreciable impact on freight service in New Hampshire.

The Statewide Freight Plan, prepared for the NHDOT by a team of consultants led by Whitman, Requardt & Associates in 2019, found that through traffic is by far the largest share of freight service. Trains passing through the state carried 81% of the tonnage and 95% of the value of all rail freight, while inbound and outbound traffic accounted for 13% and 6% of the tonnage.

The plan projects outbound tonnage, primarily aggregates shipped by the Milford-Bennington and New Hampshire Northcoast railroads, to increase by 3% by 2040, and inbound tonnage to grow by 1%. Coal shipments on the NH Main Line to Merrimack Station in Bow, which accounted for half of all inbound tonnage in 2015, have steadily dwindled as the power plant increasingly operates sporadically, and with its future in doubt, possibly ceasing operations as soon as 2024.

So with such sparse demand for freight rail services, the impact of a sale of Pan Am rails in New Hampshire will likely be limited to the Capitol Corridor, where new ownership will play a part in the effort to return passenger service to the Merrimack Valley.