But is it enough to keep rural towns from getting left behind? 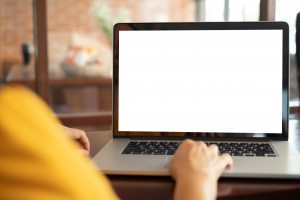 Some 5% of New Hampshire residents live in an area without broadband, and 10% of households don’t have an internet subscription.

Kara Toms had never worried about having high-speed internet in her Meriden home, but when the pandemic hit, her teenage children suddenly depended on the connection to attend their high school classes.

At one point both Toms and her husband were working remotely – she’s a mental health counselor and he’s an engineer – but their DSL connection was not up to the task.

When her son would get booted out of his online synchronous classes, he would have to hop on his bike and ride to their local library in hopes of catching at least part of the class.

“On days when it was pouring rain we would park at the library, he’d sit in the car all day for his classes,” Toms said. Luckily, she said, her son is a strong student, and he has been able to manage the interruptions without falling behind. But during the pandemic, unequal access to the internet has meant unequal access to education, highlighting the glaring gaps in broadband service across the state.

“How can there be equity when one kid is having to sit outside the library in the rain when another kid can sit inside their house and still be able to do the same thing?” Toms said.

Like many parts of the state, in Meriden there aren’t options to get faster internet. A hotspot – the solution the school recommends – won’t work because there’s poor cell service where Toms lives. The only provider in her area is TDS, which charges $110 a month for phone and internet. She’s done speed tests that show upload speeds of 0.6 megabits per second; broadband is typically defined as 25 megabits per second download speed, and 3 megabits per second upload speed. Even if Toms wanted to pay a higher premium, TDS doesn’t offer any faster options.

Places like Meriden are sprinkled throughout the state – addresses at the end of dirt roads, entire towns where broadband simply isn’t available. Even cities have pockets without coverage. Five % of New Hampshire residents live in an area without broadband, and 10% of households don’t have an internet subscription, according to data from the White House. In the northern and western parts of the state, those percentages are even higher.

This problem isn’t new, but it has become acute in the past year. The pandemic has made it clear that high-speed internet is not a luxury but an essential service for telehealth, education, and remote work.

Now, with an influx of federal money from the American Rescue Plan, state lawmakers are working on a plan to distribute the money to the towns, districts, or companies that are working on building out broadband.

But the last round of relief funding was a rocky road. Of the $50 million allocated to broadband spending in the CARES Act, New Hampshire was able to get only $14 million out of the door by the tight, end-of-year deadline for spending those funds, according to Sen. Jeb Bradley, a Wolfeboro Republican.

“I thought, all right this is kind of ridiculous, we need a more long-term, ongoing initiative in New Hampshire,” said Bradley.

This session, Bradley’s been working on legislation – Senate Bill 85 – that would help get stimulus funding out of the door more smoothly in the future. The proposal would allow for 50 percent of a qualifying project to be funded through a matching grant. A town or a company that wanted to do the work would have to come up with the other 50%.

If passed, the law would also be a mechanism for distributing broadband money from Biden’s infrastructure plan, the American Jobs Act, that sets aside $100 billion to assure nationwide broadband coverage.

“We have seen that there’s a so-called digital divide in some areas of New Hampshire, not just in rural areas at the end of dirt roads but in the more populated areas there are problems, too,” said Bradley. “That’s what we’re trying to solve.”

The problem exists in part because there are hard-to-reach areas that aren’t profitable for providers. They have passed over these areas, leaving towns and municipalities to figure out how to solve the problems that private industry won’t. The question now is whether cutting the project cost in half will convince providers that the build-out is worth it.

The new funding might also help with efforts to more accurately map where there are holes in service. Right now, the state depends on providers for that data.

‘Some towns are going to be left behind’

In New Hampshire, the state has left the work of solving the broadband problem to individual towns. But with each town fending for itself, some broadband experts worry about who gets left behind.

Sen. Jay Kahn, a Keene Democrat, said there are no measures in SB 85 to ensure that money is allocated equitably, without leaving some towns out.

Carole Monroe, a board member and former CEO of ValleyNet, said: “If the money can be distributed fairly and without prejudice, not just to the incumbent carriers, not just to the large companies, then I think there’s an opportunity for New Hampshire to really be covered.”

But without mandating universal access, Monroe worries that the state will face the same problems in the future. And she warned that the influx of federal funding could drive up prices for broadband construction in the state. There will be a demand for equipment, fiber and contractor time.

“I don’t think these construction companies can ramp up fast enough or find enough fiber splices to do the work that’s going to be necessary in the next two years when this money is hot,” said Monroe.

Monroe lives in Dublin, a town that used bonding to pay for broadband. This is one model for financing broadband in the state, where a town authorizes a 20-year bond. Those funds are matched with money from a provider, which in many cases has been Consolidated Communications.

The provider uses the money to build out the infrastructure, running fiber to the home. Subscribers then pay a monthly fee that goes toward paying back the bond. The fee is around $10 a month, said Monroe, who got a fiber connection at her home just last week.

Bonding is sometimes called “the Chesterfield model,” named after the first town to use the method to expand access to broadband.

In 2018, New Hampshire was the first state to authorize municipal bonding for broadband. Since then, 18 towns have opted to use bonding to fund the broadband build-out. Of those, six towns are already providing service, according to Kahn, who has been tracking progress since he introduced the enabling legislation.

“It gave towns the ability to leverage provider investment to achieve universal coverage across their boundaries,” said Kahn. “And it’s worked great.”

But bonding does put the burden on towns to finance costly build-outs. Not all towns have the capacity to undertake the extensive research and planning required.

“The pain points are when you think about the risk and the debt towns are taking on, that rural towns are having to pay a premium over areas where they got service maybe just because they met population densities or things like that,” said Henry Underwood, a GIS specialist and planner at Southwest Region Planning Commission.

The proposed grant funding would be another option that towns could pursue. “It would function as an alternative to a town having to raise their own funds, or having to raise so much,” he said.

The town of Bristol has taken yet another approach to the broadband problem: The community financed and built its own infrastructure through a combination of grants, an appropriation from the town, and CARES Act funding.

Town Administrator Nicholas Coates said the approach has allowed the town to maintain more control over the quality and type of service residents will receive.

“We wanted to build the system the way we wanted it, not the way a telecom business wanted it,” he said. The town had been disappointed with the service it had been getting, and the provider wasn’t interested in providing better service.

“The only way that’s going to happen is if we build it ourselves and find partners to operate and manage it,” Coates said.

The town started working on the project in 2017, and Coates expects that connections will be available as early as June. The goal is to have service in every home and business.

Coates sees building out broadband as a way to revive the region’s economy. He wants to position Bristol as a rural, high-tech hub. Better internet access would enable people to telework from Bristol.

Now, Coates is working with four other rural communities in the county as chair of the Grafton County Broadband Committee, which includes the towns of Bristol, Campton, Canaan and Haverhill.

“However we can get broadband deployed we should do it as quickly as we can,” he said. “Broadband is a critical infrastructure. Why should the power not reside with the people? They’re the ones paying for it.”

$2 billion+ in federal funding may be coming to NH