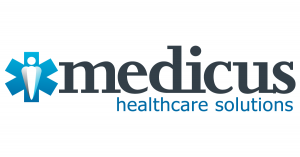 Medicus Healthcare Solutions, a Windham-based temporary medical staffing firm that sends providers to the front lines in the fight against Covid 19, is facing a class-action suit over allegedly misclassifying employees as independent contractors and cheating them out of overtime.

Leah Moreau, a nurse practitioner placed starting April 1 by Medicus in a Houston hospital near where she lives claims that she routinely worked 12-hour shifts six or seven days a week – 72 to 84 hours a week – but was paid the regular rate of $40 an hour for all of those hours. Moreau filed the suit in Texas in August, but it was switched to federal district court in Concord on Nov. 10.

The federal Fair Labor Standards Act require employers pay time and a half to people who work more than 40 hours in a week.

But because Moreau was “misclassified” as an independent contractor, says the suit, she would only receive the lucrative overtime rate of $120 an hour if she worked for more than 12 consecutive hours.

“We stand by our classification of our people who perform work on behalf of us,” said Heather Croke, director of human resources for Medicus. She would not comment further, she said, because the matter is in litigation.

The company’s attorneys in New Hampshire and Texas did not respond to inquiries by deadline, nor have they filed a response in federal court, but they did file a motion to move the venue to New Hampshire.

The motion said that Moreau was a temporary worker, or a “locum tenens,” who signed an Independent Physician Agreement saying she “shall at all times furnish Physician’s services as an independent contractor and not as an employee of Medicus.”

Medicus’ medical personnel, which include doctors, nurse practitioners and physician assistants, have been in much demand since the coronavirus crisis began. The company was the largest beneficiary – receiving $15.2 million – of federal Covid-related contracts in the state, mostly for work for the Department of Veterans affairs.

But federal contracts amount to small portion of Medicus’ portfolio, which is mostly nonprofit and private healthcare institutions around the country.

Methodist Continuing Care Hospital, the Houston hospital where Moreau worked, said it has been on the front lines of the Covid fight and that it has dropped many of its non-emergency procedures to focus on that.

Medicus’ website lauds the locum tenens arrangement as beneficial to the health professional as well as short-staffed hospitals.

“You have the flexibility to create your own schedule and select where you work, such as at a hospital, an office-based practice, a rural health clinic, or a government facility,” according to Medicus’ site. It adds that the arrangement allows providers to “pursue your hobbies and interest in dream locations. The ‘locum lifestyle” is low-hassle and will free you from the day-to-day responsibilities of running a practice.”

But the complaint paints a different kind of picture, claiming that “Medicus and its client exercises control over all aspects” of Moreau’s job, controlling her “opportunity for profit and loss by dictating the days and hours she works and the rate she is paid” and that “virtually every job function is pre-determined by Medicus and its clients, including the tools and equipment to use at a job site, the data to compile, the schedule of work, and related work duties.”

The complaint says that Moreau’s situation is typical of all of the company’s staff and ask that they be certified as a class. Such certification is a difficult bar to clear, and could take years, but it also could result in a costly settlement. In addition, if Medicus loses, it could disrupt the company’s very business model.

The suit echoes some of the issues involved in the classification of gig workers and third-party contractors on a construction site – the company emphasizes the flexibility while critics focus on the lack of worker protections. Only this time the contractors or employees in question are highly qualified professionals.