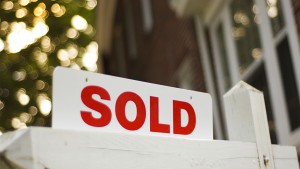 Despite rising interest rates, the median sale price of a single-family home in New Hampshire climbed to $460,000 in May, according to the NH Association of Realtors. That’s a 14.6 percent increase from last year, but more importantly $16,500 higher than the previous month. Condos sold for a median price of $350,000 in May, a nearly 17 percent increase.

But while prices have gone up, home and condo sales have slowed because there are still not enough homes for sale.

While new home listings rose 4.2 percent in May, but year to date they are down 9.2 percent. Not coincidentally, that’s the exact percentage by which closed sales declined. In fact, the falloff in volume is even steeper than the rise in prices, meaning overall volume, and therefore Realtors’ compensation, has fallen for the fourth month in a row.

But if a Realtor does get a home to sell, they don’t have to work as hard to sell it.

Homes, on average, are snapped up in 17 days, a week less than a year ago. And they are selling for 5.2 percent above the asking price, on average.

When a home enters the market, said Alan DeStefano, president of the Lakes Region Board of Realtors, “they go quickly, maybe instantaneously. It’s cooled slightly, but it hasn’t cooled on pricing.”