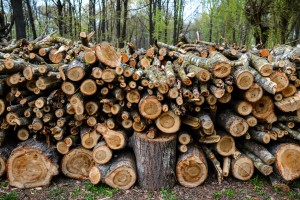 Despite proclaiming 2022 as the “year of biomass” at last month’s NH Energy Summit, state Rep. Michael Vose, R-Epping and his House Science Technology and Energy Committee voted Thursday to recommend that next year’s Legislature continue to work on a bill that would cut off biomass from the state’s renewable portfolio standards, which encourage and fund its use.

“I don’t think biomass should be eliminated,” said Vose after the vote, though House Bill 213 is titled “relative to the elimination of useful thermal energy from renewable energy classes.”

Vose went on to say the Thursday vote only means that the Legislature should – and probably would – continue to act on renewable energy standards in general. Those standards require utilities to obtain more than a quarter of their energy from renewables by 2025 or pay a penalty.

Vose pointed out that, even though the committee felt that HB 213 should go forward, the bill as it currently stands can’t carry over to next session when there is a newly elected Legislature. He insisted that means it is “officially dead.”

Also on Thursday, the committee did not recommend five other energy bills before it. They cover subjects that lawmakers will also probably continue working on – net metering, output of limited electrical energy producers, alternative compliance payments and low-income energy assistance.

Use of the renewable standards create money for renewable energy because utilities that don’t meet them have to either fund renewable energy themselves directly or by buying Renewable Energy Certificates, which go to a renewable energy fund. Otherwise, they pay a penalty that also goes into the fund, which helps finance a variety of renewable uses, ranging from solar panels to wood-burning furnaces.

In 2012, New Hampshire was the first state – and remains one of the few states – to include thermal energy in its renewal energy standards.

This has been generally praised by most clean energy activists, though recently biomass has come under criticism from some national activists, including Bill McKibben, a Vermont resident and well-known author and climate change activist. He recently visited New Hampshire, and in an interview with the New Hampshire Bulletin said that burning wood to generate energy was both “inefficient” and “dumb.”

But around New England, biomass has strong support because it is a local resource. It has strong support from the timber industry, which needs a place to market wood chips and waste created by processing lumber to make it economically sustainable.

“I disagree on the absolutism of his message,” said Sam Evans-Brown, executive director of Clean Energy NH, of McKibben’s statement. “Putting a piece of cordwood in the stove and running your oil furnace are not equivalent. True, the atmosphere doesn’t care, but ultimately a tree grows back. It may take 50 years, but it takes 150 million years to replace that oil.”

But that wasn’t the debate over thermal energy that took place at the Thursday committee hearing.

“This is simply a tax through our electric rates. Electric ratepayers shouldn’t be paying for using thermal,” said Rep. Michael Harrington, R-Strafford.

That “tax,” he said, is one of the reasons behind increased electric rates, but it also is a matter of transparency. Only a few ratepayers know that they are paying for thermal energy, he said.

“If we think we need that, we ought to tax something else. We should not hide taxes some place that no one could see them.”

But Democrats defended funding thermal energy and opposed going forward with the bill.

“It’s all about trying to gut a policy to assist renewable energy and assist energy efficiency, which are two proven ways to reduce costs, to reduce rates,” said Lee Oxenham, D-Plainfield. After some Republicans announced their support for biomass, “I certainly thought this bill would have been swept under the carpet,” she added.

Vose didn’t participate in the debate, but he did join the 14-4 majority to recommend future legislation on the matter. (Four Democrats were absent).

He later told NH Business Review that the bill will probably be amended and improved next year.

He said he favors removing the requirement to meter thermal energy savings to earn RECs, which would actually encourage the use of biomass.

That’s the kind of thing Brown would like to hear more of. The current policy, he said, isn’t one that should encourage “getting rid of a program when people are hurting for what they are paying for fuel.”

Shortly after the vote, many of the Republicans on the committee left the meeting to join a press conference that blamed the Biden administration’s policies on renewable and energy efficiency for the high cost of electricity, and said that state policies enacted by the Republicans in Concord have nothing to do with it. Then the committee members returned to vote against going forward with the five other energy bills.