Cuts to business, rooms and meals and communications taxes proposed 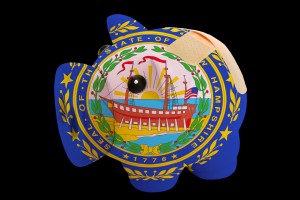 New Hampshire could lose more than a $250 million in revenue over the next four years if four bills introduced Thursday in the New Hampshire House Ways and Means Committee become law.

The bills would cut the rate of business taxes, eventually eliminate the communications tax, cut the rooms and meals tax rate – and share more of the revenue with municipalities – and eliminate the tax on car rentals.

The sheer amount being proposed gave some of the members of the Ways and Means Committee pause, especially in light of all the unknown factors when it comes to revenue these days, such as the impact of the pandemic, aid to businesses related to the pandemic as well as the state’s changing tax rate and recent law that changes how to apportion the business profits tax among multi-state companies.

“It’s very difficult. We have to be very cautious,” said Rep. Norm Major, R-Plaistow, who chairs the committee. “We have to balance hundreds of millions of dollars of tax cuts with our budget.”

House Bill 1221 would cost the state the most money, according to the fiscal note. It would cut the business profits tax down to 7.5 percent, from its current 7.6 percent rate. It would also reduce the business enterprise from 0.55 percent to 0.5 percent of what the company pays out in payroll, interest, and dividends.

The bill was back by such groups as the National Federal of Independent Business New Hampshire chapter and Americans for Property-NH, a conservative organization that receives much of its funding from the Koch organization.

The latter group questioned the fiscal impact statement, noting that it was “static,” meaning it didn’t take into account the amount of business activity encouraged by lowering business taxes.

“These policies have been a clear success for the state boosting revenue and the economy,” said Ross Connolly, deputy director for the group. “We clearly have boosted our competitiveness, but this will put us in an even better place.”

But Connolly was peppered with questions from the committee.

Did business tax revenue go up because of the tax cuts, or because the economy was climbing out the recession? Or was it artificially stimulated by billions of dollars of in federal aid after the pandemic hit? And what would be the effect of the recently instituted single sales factor, which will just count sales as a way to apportion revenue among different states and will no longer factor in wages or the value of the company’s property in each state in determining a BPT bill?

“We couldn’t even tell you directionally what the impact would be,” said Carollynn Lear, assistant commissioner at the state Department of Revenue Administration. She did say that relying on one factor rather than three would be more “volatile”.

Rep. Patrick Abrami, R-Stratham, vice chair of the committee, said he generally supports tax cuts, “but I’m concerned about the timing. There are so many variables. I don’t know where it is going to fall.”

Unlike business tax cuts, “this affects all residents, especially low-income,” said prime sponsor Rep. Nick White, R-Pembroke. “All require these services if they need to function in a society especially in a society that’s avoiding each other.”

He noted that the measure would affect businesses as well because of their use of multiple lines. And revenue for the tax would be going down anyway, as people switch to cell service and pay less of the tax.

The cuts were backed by the organization Granite State Taxpayers.

“Of all the bills today, this is our favorite, for the reason that it is on residents,” said Dan McGuire, a longtime board member of the group. He argued that the rooms and meals tax is mainly paid by tourists, and he was concerned that, in trying to push all of the other tax cuts, lawmakers might end up keeping the communications tax.

When asked about how he would make up the lost revenue, McGuire said, “I think I don’t really want to go there.”

The rooms and meals tax actually isn’t just paid by tourists. First, nearly 80 percent of the tax revenue comes from meals, according to DRA data, and although full-service restaurants collect most of the meal tab, fast-food establishments are close behind, and presumably they serve a more local clientele.

HB 1204, which would cut the rooms and meals rate from 8.5 to 7.9 percent, would also increase the amount distributed to municipalities from 30 to 40 percent of the total take – the amount originally promised when the tax was first established.

The change would make the state more competitive neighboring states, testified sponsor Rep. Brodie Deshaies, R-Wolfeboro. And the tax as applied to car rentals is twice the national rate, he said.

The reduction would cost the state about $63 million over three years after it takes effect until 2024. That doesn’t count the extra $23 million a year that would go to municipalities at the expense of the general fund.

Deshaies argued that the losse could be offset if some venues – particular those hosting weddings and convention meeting – would pick up some business because of the cuts.

Currently, he said, “if I want my event to be in New England and I’m shopping around, most venues could be less expensive in Massachusetts.”

Deshaies would rather give up the tax break if it meant increasing aid to municipalities like his, which that are strained because of the tourists they attract.

Another bill, HB 1506, wouldn’t reduce the rooms and meals rate but would eliminate the tax on car rentals. That could cost the state $6 million a year in fiscal 2023, and $6.6 million a year thereafter.