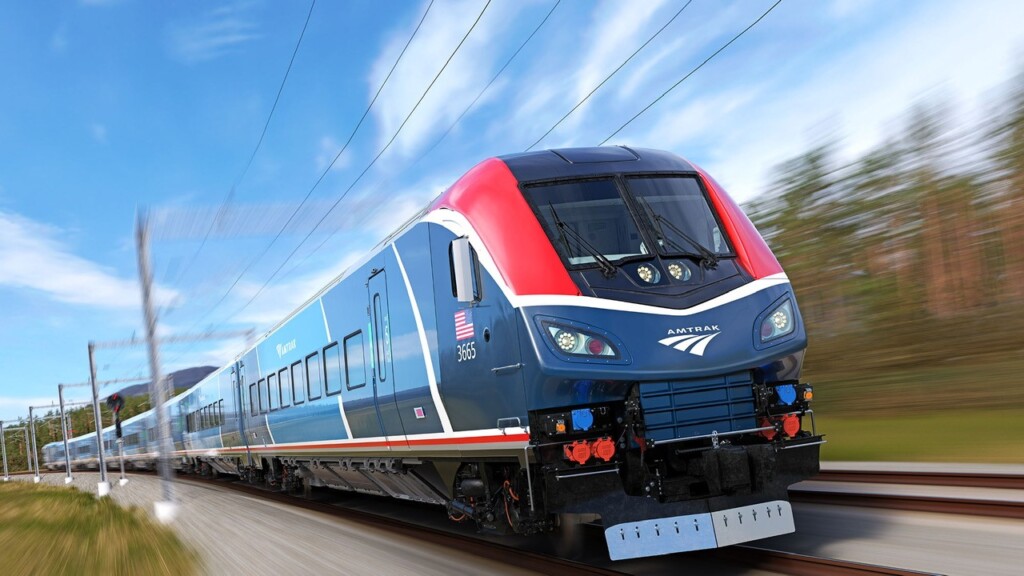 Amtrak will deploy its new Airo train seen here sometime between 2026 and 2031 on the Downeaster line that runs through New Hampshire. (Photo courtesy of Amtrak)

The Downeaster — Amtrak’s passenger train route between Maine and Boston with three stops in New Hampshire — is slated for new trains that are part of a nationwide upgrade.

According to Amtrak, the first of the Airo trains will be in service in 2026 in the Cascades corridor in the Pacific Northwest followed by roll-out to a dozen other routes into 2031.

Asked by NH Business Review about a timeline for deployment, Amtrak public relations specialist Jen Flanagan confirmed the Airo for the Downeaster route but offered no specificity about when. “More details to come regarding timelines,” she said in an email exchange.

“These new trains will provide improved passenger amenities, including modern comfortable seating, spacious restrooms and a contemporary food service experience, among other improvements to better serve all Amtrak customers,” the company said in a statement. 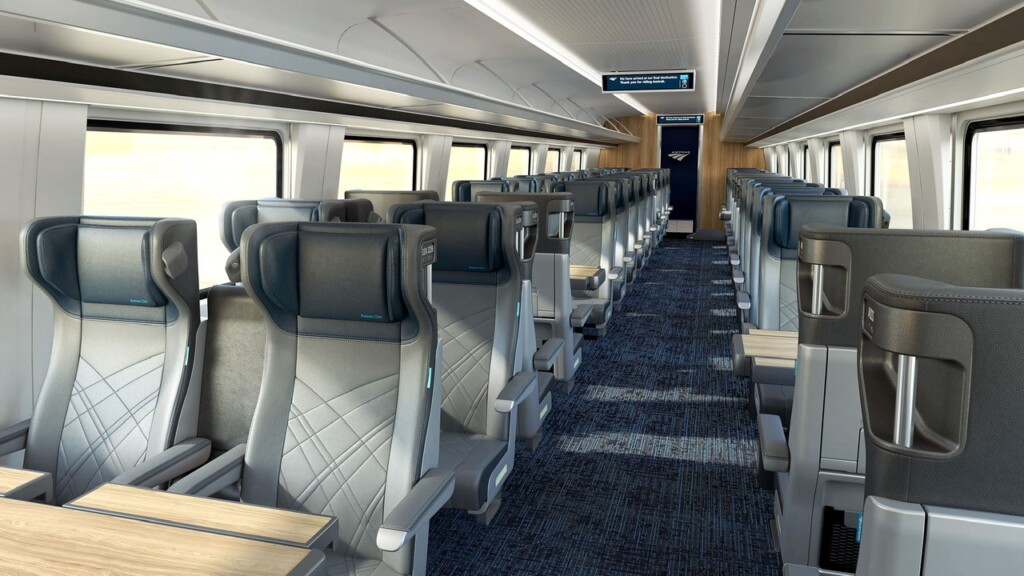 Among the amenities in the new Amtrak Airo train is more spacious seating with an emphasis on ergonomics. The new trains will be deployed on the Downeaster route and other lines throughout the country between 2026 and 2031. (Photo courtesy of Amtrak)

The Amtrak Airo replaces current stock that is 50 years old.

The Downeaster line runs between Boston and Brunswick, Maine, with the following additional stops: In Massachusetts, Woburn and Haverhill; in New Hampshire,  Exeter, Durham and Dover; in Maine, Wells, Saco, Old Orchard Beach, Portland and Freeport.

“They should be very nice and enhance the rider experience for train users coming to and from the Durham station,” said Durham Town Administrator Todd Selig.

According to the Northern New England Passenger Rail Authority, the Amtrak Downeaster continues to be one of the best performing regional Amtrak passenger rails in the country.

In his weekly email update to Durham residents on Dec. 16, Selig noted: “In its 21st year of operation, ridership to and from Durham and the UNH campus tripled to a total of just over 42,000 passenger trips. Spring 2022 ridership from Durham doubled that of year prior.  Full corridor ridership has rebounded to just under 90 percent of pre-pandemic ridership. We anticipate our 1 millionth Durham rider early in 2023.”

Selig noted that Amtrak with the rail authority refreshed the existing Downeaster train cars a couple of years ago with new upholstery. He said he and his family will often use the train for excursions into Boston to see a professional ball game or show.

“It’s great with no traffic, no fuss and really comfortable and safe,” he said. “Having these new train sets will really enhance the experience even further.” 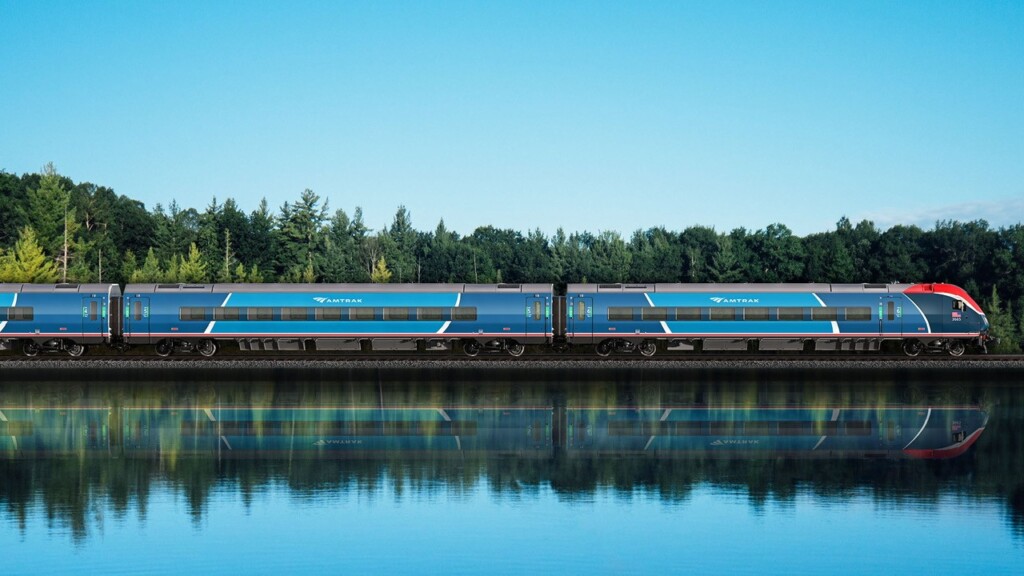 The new Amtrak Airo train will be introduced to the Downeaster route and other lines across the country starting in 2026 and continuing into 2031. (Photo courtesy of Amtrak)

According to Selig, there might be a project — separate from the Airo roll-out — to improve the train station in Durham. The building and parking lot are owned by the University of New Hampshire. There is no inside seating or ticketing area currently; passengers wait on the platform.

“UNH has been pursuing external grant funding to support a station expansion and refresh as well,” he said. “We’re hopeful that by 2030, we might be able to make some progress on that as well.”

The new trains are the work of Siemens in California, financed by Amtrak in part by the $550 billion Infrastructure Investment and Jobs Act approved by the U.S. Congress and signed by President Joe Biden in the fall of 2022. The act invests federal money in America’s roads and bridges, water infrastructure, climate change resilience, internet, public transportation and more.

According to Amtrak, the new trains are greener, in that they are more fuel efficient and produce 90 percent less particulate emissions in diesel operations.

It said the new trains will operate at speeds up to 125 mph and offer near seamless transition between power sources where time-consuming locomotive changes were previously required.

The National Railroad Passenger Corporation does business as Amtrak. It is the national passenger railroad company of the United States and operates intercity rail service in 46 of the 48 contiguous U.S. states and nine cities in Canada.

“Seven years in rail time — the time between now and 2023 when we are likely to receive the new train sets — is like the blink of an eye,” said Selig. “Those new trains will be here serving Durham, UNH, and New Hampshire passengers before we know it, and in the meantime we continue to have reliable and very pleasant Downeaster service south to Boston and north to Portland and parts beyond.”