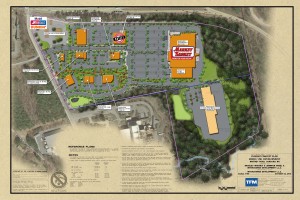 Construction of Concord’s third state liquor store – this one off Exit 17 of Interstate 93 – is planned to start later this year, the New Hampshire Liquor Commission has announced.

The 12,000-square-foot NH Liquor & Wine Outlet will be built at Concord Crossing on Whitney Road alongside a new 80,000-square-foot Market Basket supermarket and other retailers and services.

NHLC Chairman Joseph Mollica said the new store “is strategically located to capitalize on the more than 34,000 vehicles that pass along the route each day and positioned alongside other premier retailers.”

The design will be modeled after the Warner New Hampshire Liquor & Wine Outlet, the commission said.