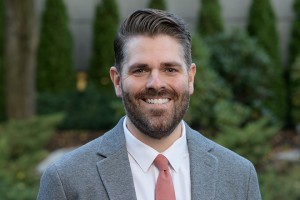 Collaboration among chambers of commerce ‘will have a shelf life well after this pandemic passes,’ says Michael Skelton, president of the Greater Manchester Chamber of Commerce.

One positive thing coming out of the pandemic has been more regional collaboration among New Hampshire’s chambers of commerce, a change that might outlive the coronavirus, according to the heads of seven chambers who spoke last week with the Economic Reopening Task Force.

The chambers have been encouraged by the state’s Department of Business and Economic Affairs to work together on the distribution of personal protective equipment, employee recruitment, tourism promotion, training and promotion of reopening guidelines

But each chambers in the seven regions – the Merrimack Valley, the Seacoast, the Monadnock Region, the Lakes Region, the Dartmouth-Lake Sunapee Region, the Mt. Washington Valley and North Country – is adopting to these suggestions in their own way.

“This program jump-started us to collaborate in a way that has not taken place formally,” said Michael Skelton, president of the Greater Manchester Chamber of Commerce, the lead agency of the Merrimack Valley chambers of commerce, which includes chambers in Nashua, Salem, Hudson, Derry, Londonderry, Merrimack and Concord. “It’s a brand that will have a shelf life well after this pandemic passes.”

Some chambers have actually merged. That’s what happened to the Keene and Peterborough chambers, which in November announced plans to combine, said Phil Suter, president of the Greater Keene Chamber of Commerce. And there are talks now about other Southwestern New Hampshire chambers merging as well to better offer services as well to survive the pandemic along with their members, who have had trouble keeping current with their dues.

In addition, remote events are poor substitute for live ones, which not only raise more money, but are more able to keep old members involved and recruit new ones.

“We are hit with, ‘What have you done for me lately,’” said Janice Crawford, executive director of the Mount Washington Valley Chamber of Commerce and administrator of the White Mountains Region Project, which includes chambers in Jackson and Littleton and Twin Mountains, not to mention Ski NH and White Mountain Attractions. “With our events canceled, it was hard to show what we can provide.”

But chambers can provide PPE, either for free or at low cost. The Mt. Washington chamber provided $50,000 worth, said Crawford, “a gift to show our true benefits of membership.”

Chambers in the North Country, which covers towns from Stratford to Pittsburg, distributed some $128,000 worth of PPE to 600 business, some hand=delivered and some via a drive-through, said North Country Chamber of Commerce President Jodi Gilbert.

The Upper Valley Business Alliance, formed in a merger of the Lebanon and Hanover chambers, now leads chambers in the Dartmouth-Lake Sunapee Region, which also includes Claremont, Newport and the Lake Sunapee Region chamber. The collaborative purchased $45,000 of PPE among its members, “because the cost of sourcing this is astronomical when they purchase it for themselves.,” said Upper Valley Business Alliance President Tracy Hutchins. “When we do this as a bulk purchase, it not only costs less, it really moves it up the list for vendors.”

But the chambers are cooperating on more than PPE.

Dartmouth-Lakes Sunapee chambers with consultants to help business digitize and move into e-commerce and help train employers to deal with customers who refuse to wear masks.

Chambers also group together to attract both workers and tourists.

Chambers in the Southwest use a Google Analytics program to target tourists. In the Mount Washington Valley, a 100-Mile Challenge was created, encouraging tourists to stop at places deemed safe and open.

When it comes to workforce, the Mount Washington Valley chamber, many of whose members were brought up short by the lack of J1 visas issued to foreign students, has reached out to domestic college students studying from home, offering some of the same housing that once housed students from Europe and elsewhere.

In the Lakes Region, a job fair involving 40 employers attracted some 236 visitors, more than would attend most live events, said Karmen Gifford, president of the Lakes Region chamber. A similar event was held in the Dartmouth-Lake Sunapee region that involved 34 employers and there plans for another one in December. Another was held in the Merrimack Valley in November, with plans for another in January.

Most chambers also have instituted a “safe pledge” program, to allow businesses to boast that they follow reopening guidelines, promising to require employers and customers to wear masks, implement social distancing, provide sanitizer, and not allow those with symptoms on site. Participants are not only featured on the chamber’s website, but can download prominent signs that pass the reassuring message to customers. — BOB SANDERS