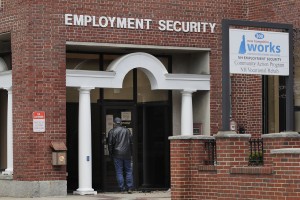 New jobless claims in New Hampshire fell last week from the previous week’s report, but they still remain higher than they had been over the last several months.

The Jan. 2 new claim total had included some people already on benefits who had to reapply because of changes in unemployment as a result of the new stimulus bill passed by the outgoing congress.

As for continuing claims – the number of people who are already collecting jobless benefits – they rose to 27,283 the week ending Jan. 2 compared to the from 24,203 reported the previous week – an almost 13% increase. While that figure may be distorted by the changeover, but it does appear that the state’s employment situation has been getting worse, not better.

Those numbers reflect just claims for Granite Staters receiving assistance from the state. There were also nearly 18,000 people receiving federal; benefits for the week ending Jan. 2. That includes 10,122 gig workers, business owners or those staying home for dependent care or exposure to the virus.

The statistics show that the hospitality industry continues to be hit the hardest by the pandemic. Accommodations employment is still at 86.5% of last year’s level and restaurants and bars are at 89.4%.