There are still no installations two years after $4.6 million initiative began 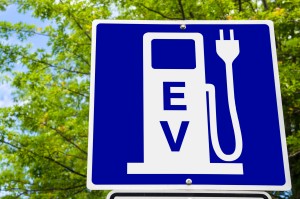 The New Hampshire Office of Strategic Initiatives, which is overseeing installation of electric vehicle charging stations around the state, reported on Tuesday that it hasn’t made much progress. In fact, the office reported at the Business and Industry Association’s annual Energy Summit that it hasn’t made any.

The project kicked off in September 2018, when the state allocated $4.6 million in Volkswagen diesel-manipulation settlement money to build an EV charging station network. But in that time, not one station has been installed.

“I’m disappointed in the lack of deployment funding for EV charging,” complained Pete King, an engineer and the BIA’s representative to a state EV commission. King has an older electric car with a 60-mile range. That was OK back in 2016, when there were few other EVs on the road, but now “the few chargers are almost always in use, and none of the VW funding has been released,” he said.

New Hampshire has 271 public charging outlets of all levels, according to the U.S. Department of Energy, compared to 483 in Maine, 754 in Vermont and 3,054 in Massachusetts. And only handful are fast-charging. While EVs account for a little more than 1% of cars on the road inn New Hampshire, Massachusetts has twice that percentage.

That’s not just important for an industry like tourism, which seeks to attract people from outside the state who have EVs, including from Quebec, which has 2,000 charging stations and a “high EV adoption rate,” but the younger workers the state wants to attract who are the “prime EV adopters,” said Brianna Fiorillo, senior program director at Clean Energy NH and a webinar panelist.

EV chargers also help retailers, since 70% of those waiting hours downtown for a midlevel charge patronize nearby stores, usually spending about $20 to $40, Fiorillo said.

That created some incentive for downtown establishments to install charging stations on their own, but many are not being used or are occupied by parked cars not using them.

This is where the Volkswagen settlement comes in.

Volkswagen was caught altering its diesel systems to falsely pass emissions inspection tests. In 2016, it agreed to a $14.7 billion settlement, $2 billion nationally to fund Electrify America (a Volkswagen subsidiary) and $2.9 billion in an environment trust fund to the states.

Electrify America is installing a couple of fast-charging stations in New Hampshire, in West Lebanon and at the Mall of New Hampshire in Manchester, adding to the few that the state already has, but it was hoping to install a lot more.

The state received nearly $31 million in Volkswagen environmental trust fund money, but only 15% of it could be used for EV infrastructure – the spending was limited because it would supposedly duplicate Electrify America funding. Another 15% is allocated for administration, which rankled some of the participants on the panel, and the rest is being spent on other programs that would reduce NOx emissions, including replacing aging school buses.

The state did put out a request for proposals in March for about $2 million in fast-charging stations along 400 miles of highway, about 50 miles apart. Fast-charging stations cam charge up a car in about a half an hour. But it couldn’t attract a satisfactory bid in the summer, so it is reworking another, more flexible proposal in January.

The state learned that “we cannot be too specific,” said Lisa Cota-Robles, deputy director of the Office of Strategic Initiatives. “We have to require a lot of wiggle room. It is a nightmare to score this things, since it’s not apples to apples.”

The office also plans to put out another proposal for Level 2 charging stations, which take about eight hours for a full charge at 240 volts. Level 1 chargers are 120 volts, which constitutes a regular outlet and takes around 22 hours to fully charge.) Level 2 is not great those on the go, but are fine for those who want to work or shop on Main Street or stay at a hotel.

But the office didn’t want to try to do to much at once, explained Cota-Robles, and plans to release that RFP in the spring. For now, the RFP out there is one for a project in downtown Concord.

“When do you anticipate the Green Street Kevel 2 chargers to be installed?” asked Madeleine Mineau, director of Clean Energy NH. “These would be the first chargers funded by VW mitigation funds installed in New Hampshire.”

Cota-Robles could not say much about this, since the office is currently evaluating proposals, but she did say she hoped it would be by next summer.

Mineau said that she and her members were “quite frustrated with the lack of any EV charging infrastructure yet to be installed using VW settlement funds,” adding that other such funds to advance clean energy “suffered from excessive bureaucratic delays and failed RFPs.” — BOB SANDERS/NH BUSINESS REVIEW