Claims he was bypassed for promotion in favor of younger workers 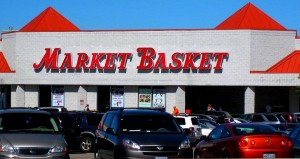 A Market Basket employee alleges that the supermarket chain promoted younger workers over himself after the state’s Human Rights Commission found probable cause for his age-related grievances. The DeMoulas Supermarkets Inc., owner of the chain, denied the allegations in court, saying that the man was eventually promoted.

Rodney Martinez was 62 in January 2020, when he filed his HRC claim. He had worked for the company since 2012, claiming that although he was classified as a part-time employee, he usually ended up working full-time hours without full-time benefits, such as paid vacation and sick leave, bonuses, profit sharing and access to dental insurance. (Martinez said he was working in Manchester, but DeMoulas said he was working in the produce department in the Londonderry store.)

Martinez said he repeatedly asked to be promoted to full-time, but watched younger workers get promoted instead. In July 2019, a manager told him that there was a push for young people to be promoted, and then, relaying a request from his superiors, asked him if would agree to step down to a part-time status again when he got too old, according to the complaint.

“I was stunned,” he said in the complaint. “I had no plans to retire in the near future. … Anyone can drop dead at any time regardless of age.”

Attorneys for the grocery store denied that the conversation took place.

In October, Dona Feeney, the attorney for DeMoulas, moved the case to state court on Oct. 22, and then to federal court on Nov. 9. Martinez is being represented by Chad Hansen, of the Maine Employee Rights Group.

Attorneys for both sides did not immediately return calls for comment.