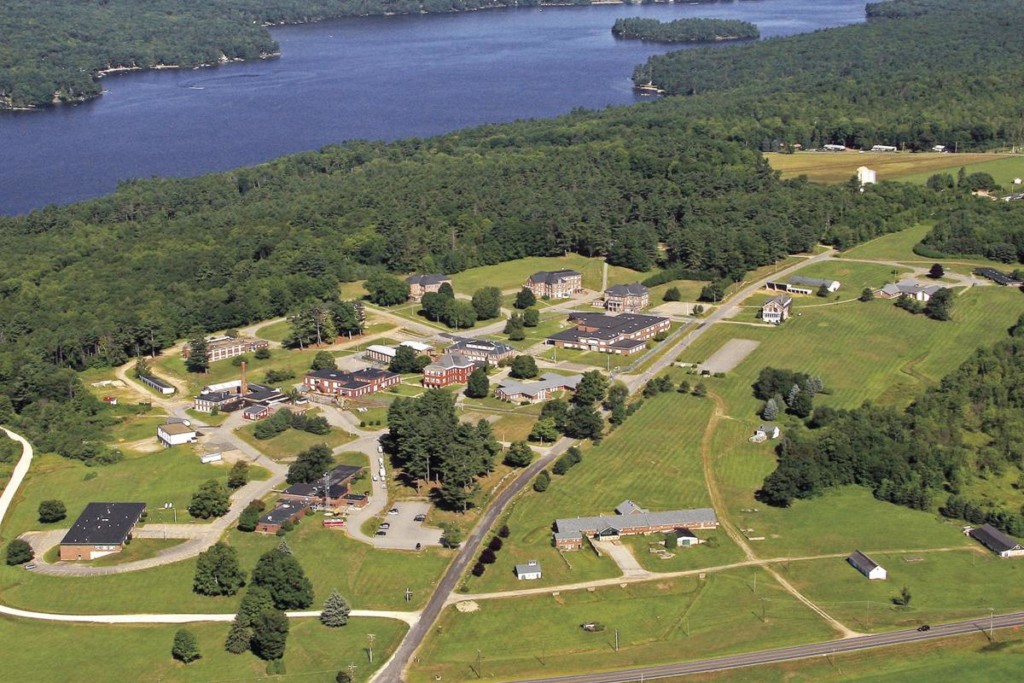 The state of New Hampshire has put the former Laconia State School property on the open market, aiming to reap “the best current value for the state by selling the property ‘as-is’ without further delay.”

The Department of Administrative Services has issued a request for proposals for a commercial real estate broker “to commence marketing the property to suitable, qualified buyers as soon as possible before the end of the 2021 summer season, with or without regard to the mission, findings, or recommendations of the Lakeshore Redevelopment Planning Commission.”

The RFP follows passage of the state budget, which at the initiative of Gov. Chris Sununu, authorized him, with the approval of the Executive Council, to bypass the statutory process for disposing of state property. That process includes several levels of departmental and legislative review as well as an obligation to grant a first offer to the city where the property is located.

What the RFP calls “a novel disposal directive and procedure” unique to this particular property, aims “to negotiate a relatively rapid ‘as-is’ sale of the property notwithstanding the ongoing activities of the Lakeshore Redevelopment Planning Commission.”

In 2017, after repeated efforts to sell the property came to nothing, the commission was established to work in partnership with the city to recommend ways of redeveloping the site to foster “self-sustaining economic development and job creation or the benefit of the city of Laconia, Belknap county, and the state of New Hampshire.” The Legislature appropriated $350,000 in each year of both the FY 2020-21 and FY 2022-23 bienniums for the commission to undertake its work.

George Bald, the commission’s chair, said, “We will continue to do what we’ve been doing, consistent with the charge we were given by the Legislature.” Since it was convened, the commission has worked closely with city and regional officials while regularly hosting open meetings to sound the public about its plans and progress.

The RFP comes in the wake of confirmation by commission members that a private investment group is working on a purchase offer.

“It would be a great thing for the greater community and very good for Laconia. That’s been exciting,” Rusty McLear, a member of the commission told NH Business Review in July.

George Bald, chair of the commission, said that while any offer would be considered by the state, the commission has been a point of contact for those interested in acquiring the site at North Main Street and Meredith Center Road, adjacent to Ahern State Park and Lake Winnisquam.

“We have every reason to believe they have the financial ability or can get the financing to do the project,” Bald said.

In 2019, the commission engaged a consulting firm, which prepared conceptual plans for configuring the property and constructing the infrastructure to support residential and commercial development on the 217-acre site. Bald said an environmental assessment and remediation measures have been undertaken, leaving contamination found in some of the 28 buildings on the site to be addressed in the course of their demolition.

The commission, Bald said, has also identified necessary infrastructure improvements on the site. These include the road network, sanitary and stormwater sewer systems, electric utilities and a water supply, which requires a tower to provide sufficient pressure and piping to distribute the water. Estimated cost of the infrastructure package, he said, is about $20 million.

“We hoped to take care of the infrastructure,” Bald said, explaining that it would add value and raise interest in the property.

Recently, the commission itself issued two RFPs, one for a thoroughgoing survey of the entire property and another for appraisals of the property, “as is,” with the “backbone” infrastructure complete and subdivided into parcels, both with and without the infrastructure package.

While the RFP issued by the state acknowledges “the Commission has compiled a great deal of useful due diligence regarding the Property from which the successful Respondent may benefit,” it also cautions that “reasonable care should be taken when relying on such information given the fundamental differences between the Commission’s underlying statutory mission and the Department’s new directive to realize the best current value for the State by selling the Property “as-is” without undue delay.”

Likewise, the same RFP all but dismisses the city’s interest in the future of the property.

Overlooking the city’s offer to purchase the tract in 2012, when it was appraised by the state for $2.16 million, the RFP notes that, since then, “it has exerted its influence on the reuse and proposed redevelopment of the Property to the extent possible.” It then concludes that without a right of first offer, “the City should be treated like any other prospective buyer.”

“This is exactly what concerns me,” said Laconia Mayor Andrew Hosmer. “It is disrespectful to this community and shows disregard for the work of the Commission.”

He said that an “as-is” sale of the property would be “inconsistent with the city’s master plan,” of which the future of the property is an integral component. His fear, he said, is that a buyer will develop frontage on Route 106 and leave the remainder of the property fallow.

Hosmer said that neither the governor’s office or other state officials have made any effort to communicate, much less cooperate, with city officials in charting a course for the property. Meanwhile, he has asked Bald, along with Executive Councilor Joe Kenney, to brief the City Council on the situation when it meets on Monday, Aug. 9.

Between 1903 and 1991, the property was home to what was then called the New Hampshire School for the Feeble-Minded, later known as the Laconia State School, which closed in 1991. Over the opposition of local officials, the Department of Corrections operated a medium and minimum security prison on the site until 2009. Since then, the property’s buildings have been mothballed or abandoned, while the state has spent about $340,000 each year to maintain, police and secure the site.