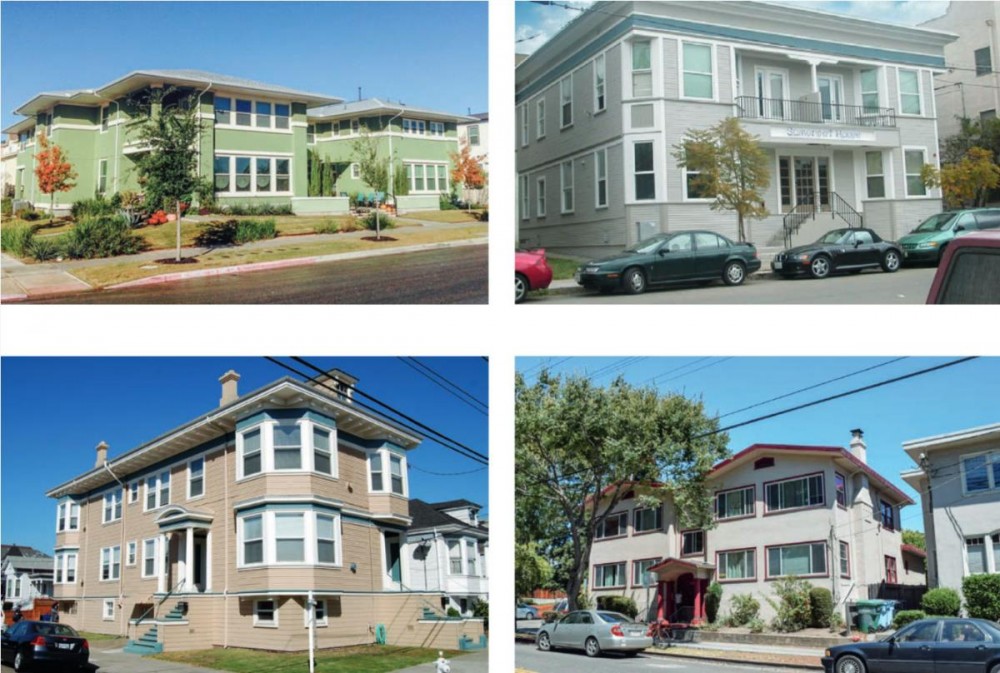 Like much of the country, New Hampshire has a gap in its housing market. Karen Parolek calls it “missing middle housing,” the type of housing that sits in the middle between detached single-family homes and mid-rise to high-rise apartment buildings – not only in terms of size but also in terms of affordability.

Parolek is president of Opticos Design, a Berkley, Calif., based architecture and urban design firm specializing in healthy, walkable and equitable communities, and she offered her take on missing middle housing during a Jan. 25 webinar sponsored by the New Hampshire Housing Finance Authority,

According to NHHFA and Parolek, middle housing addresses a growing need as the Granite State’s population is changing.

“We’re not talking about preventing people from getting a single-family home if that’s what they want, but it’s providing another option for people who don’t want a single family home or who want something else,” said webinar host Ben Frost, deputy executive director and chief legal officer at NHHFA.

Yet it faces a number of barriers, starting with zoning that limits housing density with minimum lot sizes meant to encourage single-family homes.

Since the 1940s, the residential construction emphasis has been on single-family homes, high-rise apartments and townhouse condominiums, according to Parolek.

“Our historic towns are full of these other building types that we used to build – duplexes, triplexes, small bungalow courts or courtyard apartments, small live-work units or small multiplexes,” she said. “These are the building types that we call ‘missing middle housing.’ They’re house scale-buildings, they’re the same size as a detached single family home, but they have multiple units, and they’re in walkable neighborhoods. It’s that simple.”

She cited several neighborhoods in communities throughout New Hampshire that have this type of middle housing – a duplex in Franklin, a triplex in Bristol, an eight-plex in Rochester, just to name a few. “New Hampshire is full of them,” she said.

But the emphasis isn’t on creating this type of housing anymore, even though the need is there, according to Parolek.

She noted that by 2025, 75 to 85 percent of households will have no children. By 2030, one in five Americans will be 65 years or older. “And our increasingly multicultural society is leading to more interest in multigenerational living,” she said.

She cited an example of her neighborhood in Berkeley, which is composed of the type of missing middle housing she espouses as having a variety of housing options and being walkable and bikeable.

“Our son’s kindergarten teacher also lives within walking distance of that school,” she said. “She lives in a triplex. She lives in one unit with her husband who’s actually my daughter’s middle school PE teacher – two public school teachers and their two young children. In a second unit lives her brother and his wife and their two young children and in the third unit lives her mother and father, and her mother is also a kindergarten teacher at my son’s school.”

Her criteria for missing middle housing suggests that it looks like a house, with each residential unit no larger than 1,000 total square feet. It should be in an area walkable to schools and shops and services like mass transit. There shouldn’t be an emphasis on parking, and it should support a strong sense of community. And it is more affordable.

“We’re talking about reaching a price point, depending on the community, that reaches about 60 percent of (area median income) and above,” she said. “The basic concept is that it’s more affordable than a detached single-family home or a townhouse built on the same lot.”

Another important distinction in Parolek’s criteria is that the missing middle housing be located in a walkable area, like a downtown or shopping area.

The notion was raised during the webinar that not all areas of New Hampshire meet that criteria.

“So much of New Hampshire is as yet undeveloped, and it’s a significant part of why we love it here,” said Frost, noting the dynamic between infill and greenfield housing development.

“In our minds, missing middle housing is tied to walkable context, and we’re very specific about talking about that,” said Parolek. “Sure, you can build a fourplex anywhere. It is still going to be more affordable. It’s still going to be better than building a detached single-family home for lots of reasons. We have focused mostly on infill because there’s so much infill land to build on.”

The need for missing middle housing is already embedded into the city of Manchester’s recently updated master plan, which the city said is a guide “for smart, sustainable growth.”

Discussion of the need for this type of housing in Manchester is included in the master plan’s “Innovation in Housing” section.

“All new development should be encouraged, or required, to include housing in a broad range of building types and price points, especially those in the ‘Missing Middle.’” the master plan states. “To facilitate this, zoning ordinances should be updated to allow for a wide range of building types and the approval process should be simplified, and shortened as much as possible, to reduce development costs. These savings should be passed on to the buyers and renters.”

In fact, an Opticos Design rendering of missing middle housing is included in the master plan.

“We see a lot of single-family development, and we see a lot of large apartment complexes. What we’re not seeing is those missing middle housing types that there is a desire for and there’s a need for,” said Jodie Nazaka, named in January as the city’s newest economic development director. Nazaka was the city’s senior planner during development of the master plan.

“The problem is the lack of these types of housing units being constructed,” said Nazaka. “There’s a gap created. People that aren’t quite poor but aren’t quite wealthy enough to afford some higher end houses typically end up buying below their means. Then they’re taking away from the affordable housing that’s so desperately needed. What the master plan is trying to do is promote more of that missing middle.”

The barriers to having more missing middle housing are tied to zoning laws that Parolek described as “out of date.” Zoning laws as they exist are meant to encourage low density, single family homes, according to Parolek.

“The standards are wrong,” she said. “Even if you wanted to allow missing middle housing in detached single-family zones, the densities are too low, the minimum lot sizes are too large, and the setbacks are too large.”

In addition, local zoning attached minimum parking to high-density projects, the opposite of what missing middle housing seeks to achieve with less reliance on cars.

The other big factor that comes into play as a barrier to missing middle housing is community opposition, according to Parolek.

“When they hear the word density, they think of five-, six-story buildings in their neighborhood. When they hear the word multifamily, they think big garden apartment buildings with huge parking lots,” she said. “That’s not always what we’re talking about. We’re talking about providing places for our teachers to live next door to us. We’re providing places for everyone in our community to have a place to live but it actually looks and feels like a small walkable low-rise community.”