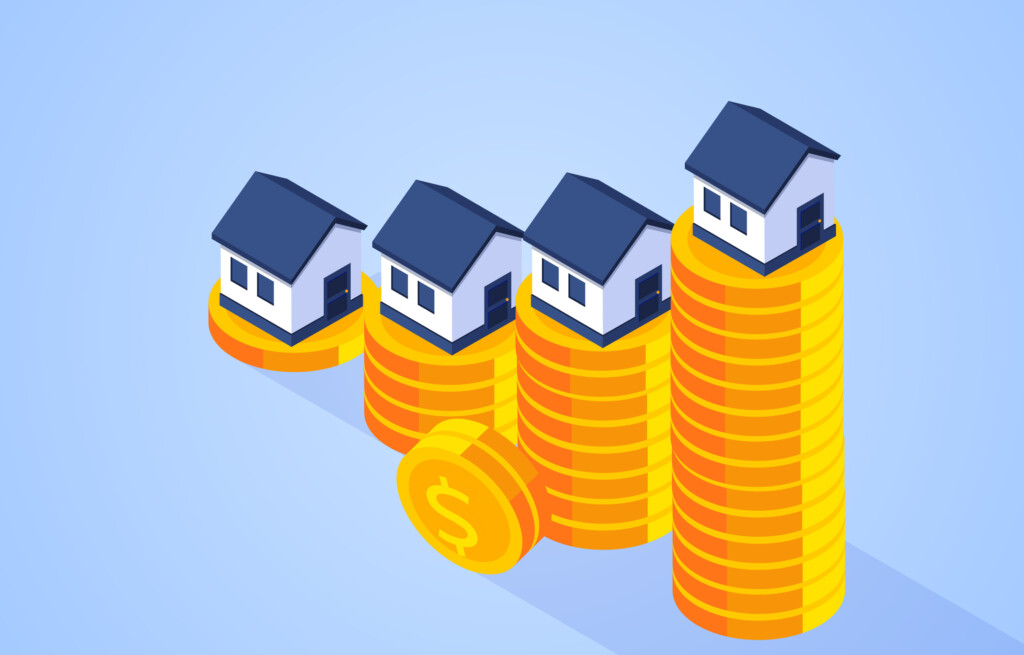 While there are some signs of downward pressure on record-high prices, homes in New Hampshire were increasingly harder to afford through 2022.

The so-called affordability index in the state’s four largest population counties started the year with higher affordability numbers than what they finished the year with, according to newly released data, leaving them almost a third less affordable in 2022 than they were in 2021.

The Housing Affordability Index measures whether or not a typical family earns enough income to qualify for a mortgage loan on a typical home at the national and regional levels based on the most recent price and income data. A value of 100 means that a family with the median income has exactly enough income to qualify for a mortgage on a median-priced home. The lower the value, the greater the struggle to afford the mortgage.

According to NHAR data, median prices for both single-family homes and residential condominiums/townhouses reached historic all-time highs in 2022. Homes peaked at $460,000 while condos peaked at $350,000 in May 2022. That started to trend downward through the second half of the year.

By quarter, according to the data, Rockingham County was the least affordable through 2022. It started the first quarter with an affordability index of 84, then moved to 74 in Q2, 73 in Q3, and 63 in Q4.

New Hampshire’s experience with affordability in 2022 was endemic throughout the country, according to ATTOM.

“Prospective homebuyers – especially first-time buyers – can’t seem to catch a break,” said Rick Sharga, executive vice president of market intelligence at ATTOM. “For the past two years home prices have appreciated in double digits – 15 to 20 percent a year in some markets. Now that home prices have plateaued and even declined in some markets, buyers are faced with mortgage rates that have doubled, making home purchases even less affordable.”

And within Rockingham County, the Seacoast area saw an impressive number of sales of $1 million-plus homes – 21 in all, including a $25 million sale on Straws Point, Rye, believed to be the highest price paid for a single-family home in New Hampshire in at least 10 years, said the Seacoast Board of Realtors.

“The surprising strength of our upper-end market continues to be impressive,” said Sandy Healy, Seacoast Board of Realtors president and broker at RE/MAX On the Move/Exeter. “It truly demonstrates the confidence buyers have in Seacoast real estate.”

Last year was tough on homebuyers – especially those looking to get into the market for the first time. Interest rates have more than doubled to almost 7 percent, inflation remains near 40-year highs and the stock market declined. All those forces have helped drive down prices after a decade of gains, but not enough to make the homes more affordable.

According to ATTOM, affordability could shift back in favor of home seekers if mortgage rate hikes ease or if prices drop further.

“There is a scenario where affordability improves as we move through 2023,” Sharga added. “Wage growth continues to be strong; home prices appear to have stabilized and are even going down slightly; and mortgage rates may have peaked for this cycle, and could go down gradually next year. If those conditions remain in place, the affordability picture is much brighter for a lot of potential buyers.”

Affordability is a priority of the NHAR’s president in 2023, Ben Cushing, regional manager of the Upper Valley New Hampshire and Vermont for Four Seasons Sotheby’s International Realty.

“As available inventory has shrunk to alarming levels, NHAR has worked hard to encourage responsible development while fighting against impediments to it, and we will continue those efforts throughout 2023 and beyond,” he said upon his installation.

In its December report, the NHAR warned that even if prices begin to moderate, “many prospective buyers will find it difficult to afford a home in 2023, as higher rates have diminished purchasing power, adding hundreds of dollars to monthly mortgage payments.”