In meeting with Shaheen, they say easing people’s safety concerns is paramount 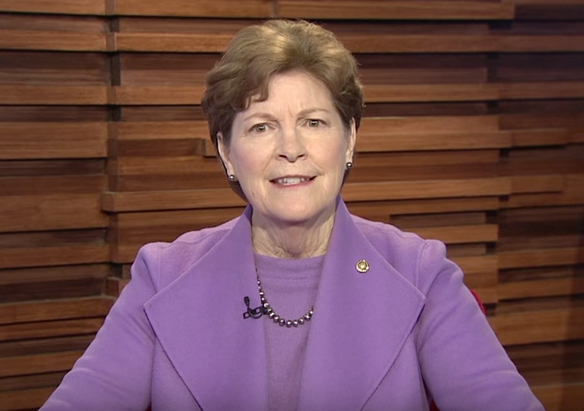 U.S. Sen. Jeanne Shaheen met Monday with representatives of New Hampshire’s entertainment venues to learn how another federal relief package could be of assistance. But it quickly became apparent that money alone was not going to save New Hampshire’s arts and culture scene.

“I’m so grateful for the size of the NERF [NH Nonprofit Emergency Relief Fund] we got because we can set that aside and pay our bills,” said Nicki Clarke, the Capitol Center for the Art’s executive director, referring to a slice of the $1.25 billion New Hampshire received in federal CARES Act funds. But, she added, unless people are willing to attend events, the business model is not going to work.

Kathleen Cavalaro, director of the Seacoast Repertory Theatre in Portsmouth, echoed that sentiment.

“All of our shows have been six people to 30 people on a good night. We’re not even close to the 30% [of seating capacity] we’re open to,” said Cavalaro. “We can’t sustain these numbers.”

All of those who attended the meeting, which was held at the Capitol Center’s Bank of NH Stage in Concord, expressed concerns over whether they could retain the talent, stagehands and technical crews that are necessary to carry out complex shows from national touring artists.

Clarke said that January is usually the time performing arts centers from around the country start to put tours together. “I have no way of knowing whether we are able to do that or not,” she said.

Andrew Pinard, founder of Hatbox Theatre, a performance space at the Steeplegate Mall in Concord, summarized the heart of the issue: loss of public confidence stemming from an inconsistent national message and lack of information about Covid-19.

“They can’t feel comfortable making basic decisions on whether it’s safe to leave the house,” Pinard said of audiences. “That fear, in some ways, drives what we do.”

In reply, Shaheen said “we need a national plan with contact tracing that will give people confidence.”

She spoke of a need for more federal funding for contact tracing and testing, and referenced Dartmouth-Hitchcock Health, which has developed an in-home Covid-19 antibody test.

“That will provide some reassurance to people to know the person next to them is OK. We’re not there yet,” said Shaheen. “There are a number of things we need to do in this next package of assistance.”

While there are a number of disagreements holding it up, Shaheen said there is strong bipartisan support for a $4,000 individual deduction before taxes for charitable contributions, which pleased Clarke of the nonprofit Capitol Center for the Arts.

Ginnie Lupi, director of the New Hampshire State Council of the Arts, requested the continuation of unemployment insurance for self-employed individuals. She said the state of New Hampshire had given out grants to approximately 100 artists.

Meanwhile, Scott Hayward, owner of Tupelo Music Hall in Derry, which will squeak through the season having adapted its parking lot into a drive-in entertainment venue, said the only thing that would help is passage of the Save Our Stages Act.

Introduced by U.S. Sens. John Cornyn, R-Texas, and Amy Klobuchar, D-Minn., the bill would establish a $10 billion Small Business Administration grant program for live venue operators, promoters, producers and talent representatives. The grants would be equal to the lesser of either 45% of gross revenue from 2019, or $12 million.

Venues and artists in the room said they had benefited from the Paycheck Protection Program, Main Street Relief Fund, NERF and other assistance to pay their rent and bills. But what happens when that runs out?

And Pinard of the Hatbox Theatre asked the question on everyone’s mind: when could we expect a vaccine?

Shaheen, who said she didn’t have any “inside info,” said she felt from talks with public health officials there could be one by spring 2021.

“The most important we can do right now is try to sustain the economy, to help people are who are hurting, try to help business get through this period,” Shaheen said.

Lessons learned from the Great Depression and 2008-09 Recession show investing in the economy is necessary, she added.

And while providing government assistance can’t be done “indefinitely,” it’s necessary now, she said. “We will have another round.”

Congress is expected to return to work next week.