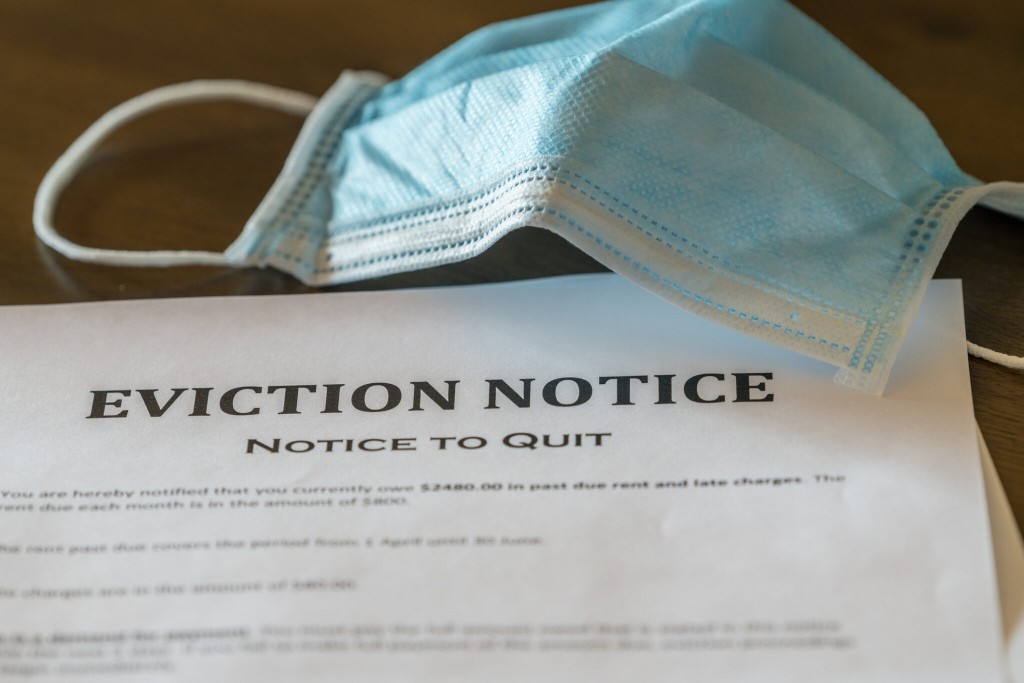 In the weeks since the abrupt end to the nationwide eviction moratorium, attorneys and judges have raced to dampen its effects. Eviction court judges have used the bench to promote federal rental relief. Legal assistance organizations have doubled down on their efforts to take on clients. Aid agencies have appeared in court to help tenants and landlords directly.

Now, after a seven-month trial period in two courts in the state, New Hampshire’s judicial branch is building up a new tool in the effort to reduce unnecessary evictions: mediation.

Starting in November, circuit courts in Concord, Manchester and Nashua will host in-house mediators to attempt to stave off eviction proceedings and get both landlord and tenant to talk it out.

The new program will devote up to $450,000 to two systems: Eviction Diversion and the Landlord and Tenant Mediation Program.

The Eviction Diversion Program will allow any landlord or tenant in the state to initiate a remote meeting with the opposing party ahead of an eviction notice.

The Landlord and Tenant Mediation Program, meanwhile, will provide tenants and landlords who are going through an eviction process with an opportunity to meet in a private room, provided their case is being heard in the Concord, Manchester or Nashua circuit courts.

Both programs were approved by the Executive Council on Sept. 15. And both build on an earlier program in Concord and Claremont that started in February.

Proponents of the new system, including the judges themselves, say that pushing landlords and tenants into mediation has real benefits. The process can allow landlords to craft new arrangements that might allow a tenant to stay – including by using funding from the state’s Emergency Rental Assistance Program.

And even in cases where the tenant has to leave the apartment, mediation can allow the two parties to negotiate a departure that gives the tenant enough time to search for a new place to live. Negotiating a settlement can also prevent a formal eviction from being marked on a tenant’s record – a significant barrier to future accommodation.

“If they can do that, it avoids having that black mark of a case being brought against them as a tenant, which is then public record,” said Judge David King, administrative judge for the state’s circuit courts.

But Elliott Berry, an attorney with New Hampshire Legal Assistance and the organization’s housing project director, cautioned that mediation is only one tool for tenants to pursue to stay in their homes – and isn’t a silver bullet.

“Mediation can be an effective tool, however tenants without representation may be unaware of defenses to an eviction that can preserve their housing and their rights,” Berry said in a statement. “Any tenant facing an eviction case should seek legal advice or representation via 603 Legal Aid.”

Both programs seek to insert a negotiation session into the typical eviction procedure.

The Eviction Diversion Program aims to preempt that process by allowing the parties to set up a mediation before the eviction notice is served, or before a hearing is scheduled.

The Landlord and Tenant Mediation Program, meanwhile, allows landlords and tenants in qualifying courts to agree to an in-person mediation, scheduled by the court so that it precedes the hearing itself. Sometimes, that mediation might be scheduled the day of the hearing, giving both parties a final chance to come to an agreement.

The idea for the program was first put in motion in February. At that time, the Centers for Disease Control and Prevention’s moratorium on evictions for nonpayment of rent was still in effect, meaning tenants couldn’t be removed for falling behind on payments. But there was uncertainty over how long the moratorium would stay in place, and housing experts warned of a rush of eviction cases if and when that happened.

“We anticipated getting overwhelmed with landlord-tenant filings,” King said. The mediation program was meant to create a collaborative alternative for those actions, he added. “These are the situations where the best outcome would be for the tenant to be able to stay in the home.”

In its trial run, the mediation program was limited to landlords and tenants whose eviction process was already underway. As a test, the judicial branch attempted to set up mediators in Concord and Claremont to measure effectiveness.

“It never really took off in Claremont because we didn’t have the volume,” King said.

But Concord’s program did show success. According to numbers last updated in June, out of 29 eviction cases that went to mediation from February to June, 79 percent of parties were able to reach an agreement that kept them out of eviction court, according to Margaret Huang, the alternative dispute resolution coordinator for the judicial branch.

Of those who used the process, 90 percent of both parties felt that they had been treated fairly, according to surveys carried out by the court system.

The high satisfaction rate didn’t mean the process always allowed the tenant to stay in their home. In fact, the vast majority of mediated settlements resulted in the tenant having to leave; only in 24 percent of cases was the tenant allowed to stay indefinitely.

But even when the settlements resulted in the tenant having to move on, the process of mediation was much more beneficial to the tenant than a court hearing might have been, Huang argued.

One measure of that can be seen in the average number of days that tenants who reached settlements were given to move out: 35. The standard eviction process, in contrast, allows for between five and seven days after the judge rules in the landlord’s favor.

The mediation process allows tenants and landlords to avoid a series of stringent, court-mandated deadlines that take effect if the matter goes right to court.

And the mediation sessions allowed for a simple but powerful tool for the tenant, Huang said: a voice in the process.

“Our mediators are trained facilitators, so they have had training on how to get people to actually listen to each other, talk to each other, and come up with more creative solutions,” Huang said.

The additional federal funding will allow the court to expand that model to Manchester and Nashua, putting it into the state’s three biggest population centers.

This fall, King and other circuit court officials are adding a new, virtual option for landlords or tenants to request mediation before an eviction order is served – even if they don’t live near the cities with in-house mediators.

“As we thought more about it, we thought maybe there was a way to get to these folks before the landlord-tenant case was filed in court,” King said.

The virtual system, which the court system hopes to set up by November, will operate much like a hotline.

“We’ll get the word out to both landlords and tenants that this program is available and either one can call our office of mediation and arbitration,” King said. After that, the court system will attempt to contact the other party three times to encourage participation in mediation. If both parties agree, a virtual meeting will be set up with a court-designated mediator.

Discussions on whether those mediations would happen by video conference or telephone are ongoing, King said.

The mediations serve another purpose: They can help the court to emphasize the presence of the rental assistance program, which itself can help lead to amicable settlements.

Earlier this month, the Manchester Circuit Court partnered with Southern New Hampshire Services, a Community Action Program agency that helps distribute that rental aid. Over a three-day period, a representative from the agency stationed themselves in a conference room just outside the courtroom, working to get tenants and landlords signed up for the rental relief program on the same day as their eviction hearing was held.

The mediation program would not necessarily provide the same ability for tenants to sign up for the relief in the courtroom; that would depend on the participation of the CAP agencies.

But King and Huang said that that collaboration, if it can be continued, would be a helpful compliment to the mediation process.

“We’re really hoping to upstream cases that otherwise would be filed within the court system,” Huang said. “We want landlords and tenants who have a dispute or some problem that they need help with to use this program.”