No businesses filed for protection in November, but 60 Granite Staters did 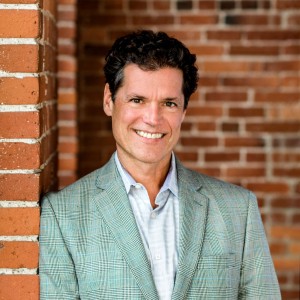 The continued eviction moratorium and a reluctance by banks to foreclose on mortgage holders has kept the number of bankruptcy filings down in the pandemic, says bankruptcy attorney Peter Tamposi.

Very few individuals or businesses in New Hampshire have thrown in the economic towel during this pandemic, as bankruptcies have sunk to yet another record low last month.

Indeed, despite high unemployment, the phase-out of both federal and state assistance to individuals and businesses and the resurgence of the coronavirus in the nation and the state, the number of bankruptcies has stayed below 100 for eight straight months, dropping in April just after the pandemic first struck the state’s economy. For three decades before that, the number of monthly filings always was at least 100, and often much more.

Bankruptcy attorneys said in the spring they expected their business would pick up in the fall once the aid ran out. But most of that aid disappeared months ago and filings, instead of going up, are going down, down, down.

“First, the lenders, especially the local banks, are still reluctant to foreclose on even long-overdue mortgage payments. Nobody wants to be seen evicting someone in this climate,” he said.

“Second, the courts are still backed up a bit, so lawsuits are taking longer, giving debtors more runway room. Most folks only file once they are threatened with an actual court date or receive an eviction notice. Simple demands do not usually push someone into bankruptcy. It’s only when their home or family is threatened that they seek relief in the bankruptcy court.”

Indeed, thanks to the Centers for Disease Control, there is a national hold on evictions. A landlord can start one, but a tenant can stop one with a signed affidavit. Only 60 writs were filed last week, the lowest number since July, and lower than the number filed before the pandemic.

And despite the high-profile bankruptcy filed by LRGHealthcare in October, and some major national filings in the last month, such as by Friendly’s and the Guitar Center – there have been very few business bankruptcies in New Hampshire since the pandemic began. There were two each in September and October, and no business filed for protection in December, though two individuals filed with business-related debt, one related to an auto business that failed in 2014.