At Shaheen roundtable, agency goes over way to connect on a variety of programs 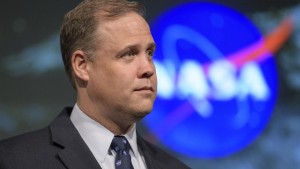 New Hampshire businesses have been contributing to space exploration since Hudson-based RdF Corp.’s temperature sensors launched with astronauts on their first trip to the moon in 1968.

NASA again is seeking the assistance of Granite State small businesses as it prepares for the Artemis program – launching the first woman and next man on the moon by 2024 to set up a sustainable base for lunar surface exploration. That base will also serve as a jumping point to send humans to Mars in the future.

On June 19, U.S. Sen. Jeanne Shaheen, ranking member on the Senate Commerce, Justice, Science Appropriations Subcommittee and member of the Small Business and Entrepreneurship Committee, hosted a virtual roundtable to connect businesses with NASA and other key contacts in the sphere of government contracting and technology development as it relates to space.

Approximately 15 New Hampshire businesses are already engaged in the Artemis program, and, as of June 15, NASA has obligated $17 million in contracts to New Hampshire companies, 31% of which are small businesses.

And there is a lot of potential for growth. In the prior two fiscal years, New Hampshire businesses received $43 million and $33 million, respectively, with small businesses receiving 42% of all contracts awarded to companies in the state.

NASA Administrator Jim Bridenstine said NASA is dependent on small businesses and universities to embark on future missions, and the University of New Hampshire is a prime example of a contributing partner.

UNH researchers have held leadership positions on 25 active NASA missions and UNH has a representative in each of NASA’s four science mission directorates – astrophysics, earth science, heliophysics and planetary science, he said.

“We’re always interested in partnerships with small businesses,” said Dr. Harlan Spence, director of the UNH Institute for the Study of Earth, Oceans and Space, noting the breadth of advanced instrumentation and research assistance available to industry via UNH.

The presentation highlighted a number of pathways to win NASA prime and subcontracts and federal funding to advance technology.

The next solicitation report featuring NASA’s needs is expected to be released in January, if not before, to allow companies more time to apply.

In May, human landing system contracts were awarded to Blue Origin, Dynetics and Space X, whose recent launch from American soil to the International Space Station “was a major milestone,” said Delgado.

Each year, $3 billion is awarded to subcontractors, which are key to technology development.

“Small businesses hold more patents than large businesses,” said Delgado, adding that large contractors “find the technologies and supplement it to make sure our missions are complete.”

To get started, businesses should form relationships with a small business specialist at NASA, use trade associations and be attentive to correspondence regarding sources sought notices and requests for information – amazingly small businesses have lost out on contract opportunities because of this, said Delgado.

These contract opportunities are significant to New Hampshire businesses and the Granite State’s economy, but even more profoundly have the likelihood of generating a real impact on the future of mankind, said Bridenstine.

The thermal vacuum pumps designed by Creare, a Hanover-based engineering firm that is the recipient of most SBIR awards in New Hampshire and helped with the founding of the program, assisted NASA in discovering the methane cycle on Mars.

“That could be an indicator of life on Mars – the methane cycle is commiserate with seasons on Mars,” said Bridenstine. “Should that discovery be made, that will change history.”

Businesses can get more information about NASA-related contracting opportunities by visiting the NASA Office of Small Business Programs.