After four straight months of gains, New Hampshire exports came back down to earth in July, falling 16.5 percent from June.

In dollars, Granite State exports totaled $337.5 million in July, $66.5 million less than the amount reported the month before.

Manufactured goods accounted for 69 percent of all state exports in July. They totaled $232.9 million, a decrease of 3.6 percent from June. But they were $16 million more than July 2012.

Exports of non-manufactured goods fell 35.7 percent in July, to $104.6 million, from June.

At the national level, exports fell 0.8 percent in July, to $132.7 billion, from June, reflecting declines in capital goods, consumer goods, and automotive vehicles, parts and engines. Through July, U.S. exports have increased by 0.9 percent.

According to statistics compiled by the World Trade Organization, through July, the value of world exports rose 1.8 percent, to $9.6 trillion, from the same period in 2012.

WTO's trade statistics show that the United States maintained its position as the second-largest exporter, with foreign sales hitting $918 billion — $8 billion more than during the first seven months of 2012.

China, the world’s leading exporter, exported $1.239 trillion worth of merchandise through July. Germany, the export engine of the euro area, was ranked the world’s third largest exporter, posting $841 billion in foreign sales. Despite a 12.8 percent decline in exports from a year ago, Japan exported $415 billion in merchandise through July, keeping its place as the world's fourth largest exporter.

According to the August business survey conducted by the Institute of Supply Management, the nation’s purchasing executives are optimistic about the exports picture as their year progresses.

The institute’s export indicator showed an expansion in incoming export orders for the ninth month in a row, following six consecutive months of contraction dating back to July 2012. The August reading of their export gauge also indicated that orders from abroad were growing faster than in July. 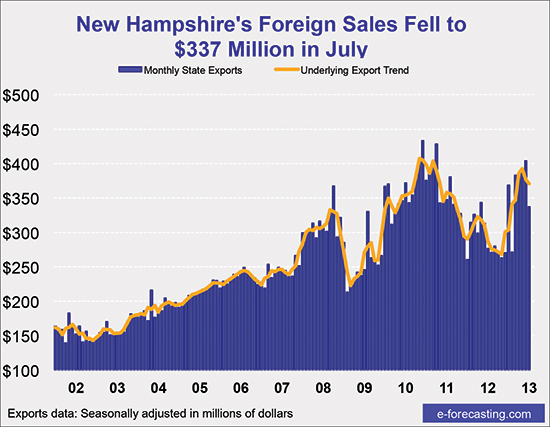 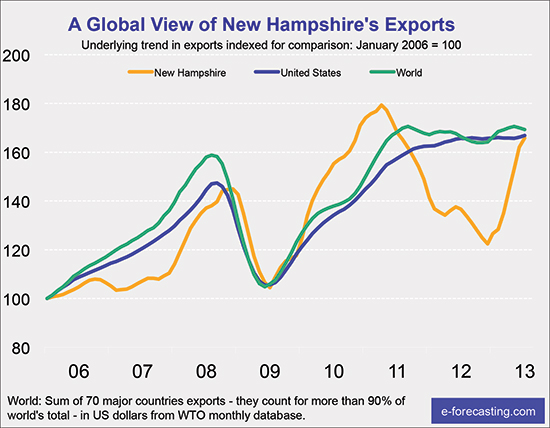 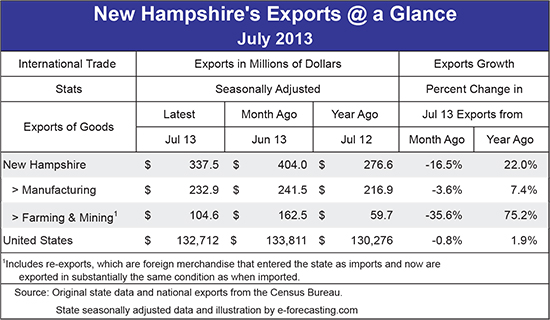