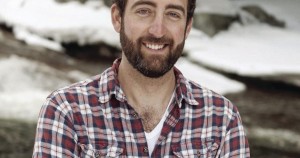 Kanzler, a North Conway resident, is to start his new job on Aug. 1. He succeeds longtime director Michael Claflin, who announced his plans to retire earlier this year.

“I’m really excited,” Kanzler told the Sun Thursday. “I was not looking for a new post as I have been very happy at the housing coalition, but someone told me of the opening there at AHEAD as their longtime director (Michael Clafin) was retiring — so I applied and am thrilled that I was chosen.”

Andy Dean, chair of the MWV Housing Coalition, said the group has begun advertising for Kanzler’s replacement. He wished Kanzler well in his new post, even though he said he is sad to see him leave.

“This is certainly a loss for our organization. Harrison took over the role of executive director from Victoria Laracy during the beginning of COVID and was able to advance the Housing Coalition’s cause despite the challenges of remote meetings and limited in-person forums,” Dean said, adding, “I know we will continue to have a great working relationship with Harrison as he continues to advocate for affordable housing in our local communities,” he added.

As executive director of the AHEAD, Kanzler will manage a $2.3 million budget and $66 million in assets, which include 514 housing and commercial units. He declined to divulge his salary.

AHEAD has been developing and managing affordable housing projects for 30 years and provides home ownership and financial education services.

Kanzler served as a Democratic state representative from Conway from 2019-20. During that period, he worked closely with the housing coalition to put forward pro-housing legislation. In 2020, he left state politics to become executive director of the housing coalition.

He currently serves on Housing Action NH’s Governing Council and is a member of the Governor’s Council on Housing Stability.