Environmental assessment to be sought in recommendation to Legislature 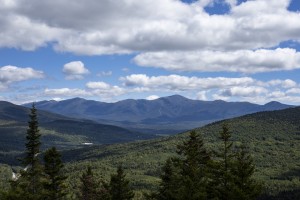 Despite protestations from the public that environmental concerns for the summit of Mount Washington are not considered more important than concerns for visitors and business interests, the commission overseeing the 60-acre state park unanimously approved a revised 10-year master plan Oct. 28.

The plan calls for the Legislature to fund a full environmental and structural assessment and that those recommendations be incorporated into the plan.

Some members of the public attending the commission meeting said approving the master plan is premature before conducting an environmental assessment.

Phil Bryce, who now represents the public on the commission after being state parks director, said the Legislature would not likely take the matter of funding forward without a master plan in hand.

The plan is two years in the making and overdue, said state Sen. Jeb Bradley, R-Wolfeboro, who currently chairs the commission but announced he will be stepping down from that role.

A facilitator was considered, but eventually a consensus was reached with a unanimous vote on the master plan.

“I like cooperation a lot better than contested procedures in court,” Bradley said. “I think funding for the environmental assessment will happen, it will be a top priority for the next Legislature and in the right direction of … protection of the environment.”

The plan does not include consideration for the development of a hotel as proposed by the Cog Railway. That plan is outside of the borders of the state park and just below it and is a matter for Coos County officials and other permitting entities to decide.

But members of the public say the “Lizzie’s Station” hotel project and the state parks’ future are intertwined and should be weighed in the master plan.

Jamie Sayen of North Stratford, who authored an op-ed entitled, “Who Speaks for Mount Washington?” said: “It’s absurd for you to finalize the plan today.

“We have a problem. Human aspirations are in conflict with natural limits. We cannot change natural laws and limits … or the law of carrying capacity but we can modify human behavior.”

Sayen added, “If this master plan is adopted today it will have zero credibility.”

Bryce said the assessment is going to have more impact by waiting.

Kris Pastoriza suggested Bryce can’t speak for the public because of his past role as state parks director and said he should resign.

Lucy Wyman said an entity needs to be created to “speak for the mountain” rather than the private interests on the commission.

Bradley said his understanding is that such a body could be created by the Legislature.

Allen Brooks of the attorney general’s office is assigned to legally advise the commission.

At two public hearings this summer — one in North Conway and one in Concord — members of the public overwhelmingly urged the plan to include an environmental assessment.

The master plan still needs to go before the governor and Executive Council for approval. That could come in a matter of months.