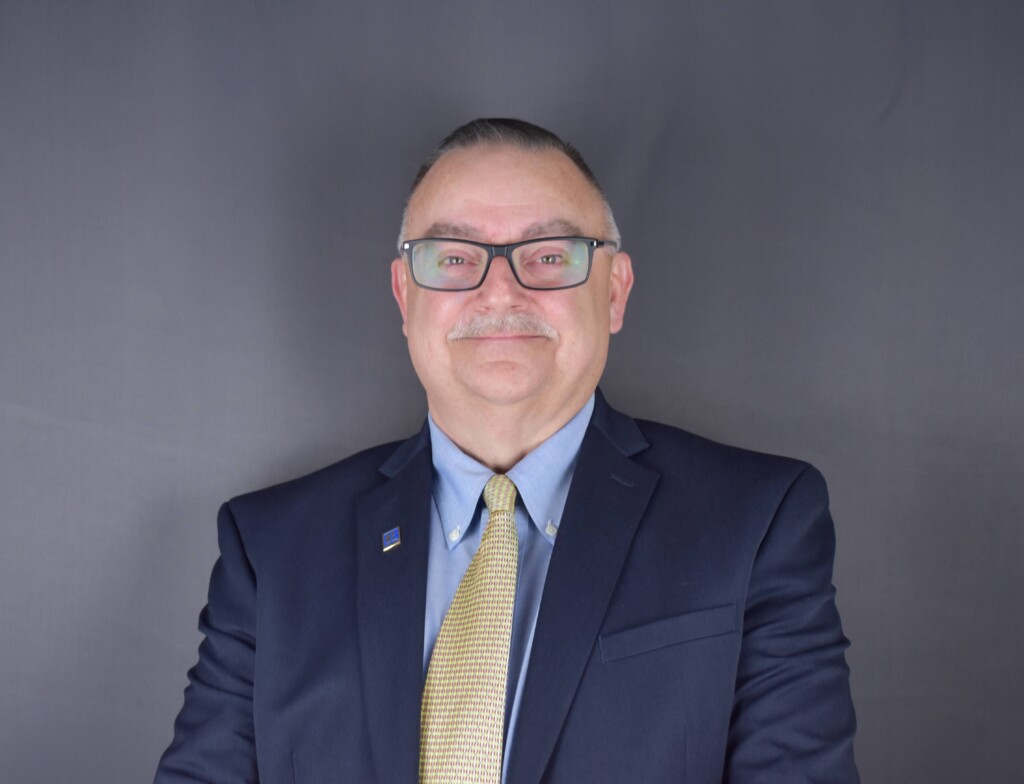 Ben Cushing, the New Hampshire Realtors Association (NHAR) president for 2023, doesn’t expect much of a change in the residential real estate landscape in the new year.

The other item that won’t change during his tenure as president is his commitment to keeping the conversation going with state and local policymakers that New Hampshire has to address its lack of affordable workforce housing.

“I don’t have the silver bullet that’s going to fix it,” said Cushing, regional manager of Four Seasons Sotheby’s International Realty in Hanover. “That is one of my mantras as the president, to keep fighting for affordable housing in our state. I know our current president, Adam Gaudet, that was on his plate as was previous presidents, so we’re going to continue to fight.”

Gaudet, the 2022 NHAR president and owner/broker of 603 Birch Realty in Concord, described Cushing as “a Realtor’s Realtor.”

“He will absolutely crush it in 2023,” said Gaudet. “He is going into this position with more training than any previous president, but more importantly he listens and knows how to lead effectively to ensure the members of our organization are top priority.”

The NHAR, with 7,500 members, is the state’s largest trade organization.

“We have a great group of people in the state. They work hard, and they’ll help home sellers and buyers as best they can throughout the year,” said Cushing.

“I wouldn’t be here if it wasn’t for our staff and our CEO, Bob Quinn. Obviously yes, there has to be a president. Yes, we’ll deal with some stuff over time. But the staff and the executive committee and board of directors that we have, we all work together. We’re all in this together. I just happened to be sitting up front, running the show a little bit. But without them the ship doesn’t turn.”

Cushing, who is 53, has been a Realtor for 25 years. He was working as a dispatcher back in 1990 for the New London Police Department, and after becoming a supervisor decided it was time for him to buy a house.

A retired local school principal, Paul Linehan, was Cushing’s broker. “Paul and his wife are like a second set of parents to me,” said Cushing.

“So I went and looked at houses with them, and Paul said to me, ‘You should do real estate, you’d be really good at it.’ And I thought, interesting. So I did. I went and took the class and took the test and ended up getting my real estate license, and I went to work for Mr. and Mrs. Linehan at Colby Real Estate here in New London.”

In 2005, he bought the real estate brokerage initially with partners but ultimately closed Colby Real Estate in 2015 and rebranded as Cushing Real Estate until March of 2022 when he became regional manager of the Upper Valley New Hampshire and Vermont for Four Seasons Sotheby’s International Realty.

Almost immediately after becoming a Realtor, he started to get involved with the association and its various committees. He recalls his early attendance with the group’s public policy committee and his first interaction with Stewart Lamprey, former speaker of the New Hampshire House and a partner at Lamprey & Lamprey Realtors who had a long-time association with the NHAR. Lamprey died in 2018.

“He’s the legend in many different aspects in our state and I sat next to that man, and I was a sponge. I listened to everything he said and did,” said Cushing.

His involvement in the NHAR grew with membership in more committees. He became treasurer for 2017-2020, and he attended the association’s leadership academy as a precursor to becoming its president, its 70th, which became official during installation ceremonies at the Bank of New Hampshire Stage in Concord in early December.

His professional education continues as he was one of 18 selected from across the country to participate in the National Association of Realtors leadership academy, which he will do through the course of 2023. And he continues his public safety service as a 15-year plus volunteer firefighter in his hometown of New London, where he lives with his wife and two children.

Cushing sensed a return to some normalcy in 2022 after the shock and awe of what the Covid-19 pandemic did to residential real estate here.

Initially, back in the early days of the pandemic in March 2020, real estate brokers were not considered an essential service, meaning they couldn’t do business. That changed, with an appeal to Gov. Chris Sununu by the association.

“Once we were essential again, the market just shot off like a rocket,” said Cushing. Emigres to the Granite State fled the city and urban areas, and those able to work from home went looking for country living in New Hampshire.

“It wasn’t until the last six to eight months things calmed down a little bit,” said Cushing. “Now, with that, I would still say the market is still very active, if prices of homes are priced properly. Stuff is still selling, it’s still selling rather quickly.”

What he isn’t seeing as much are the sales for thousands and thousands of dollars over asking price. But inventory, he noted, “is still crazy low.” A good part of the reason, according to Cushing, is that potential sellers are reluctant to put their own homes on the market, because they sense a difficulty in finding a replacement home.

Those characteristics aren’t likely to change much in 2023, according to Cushing. 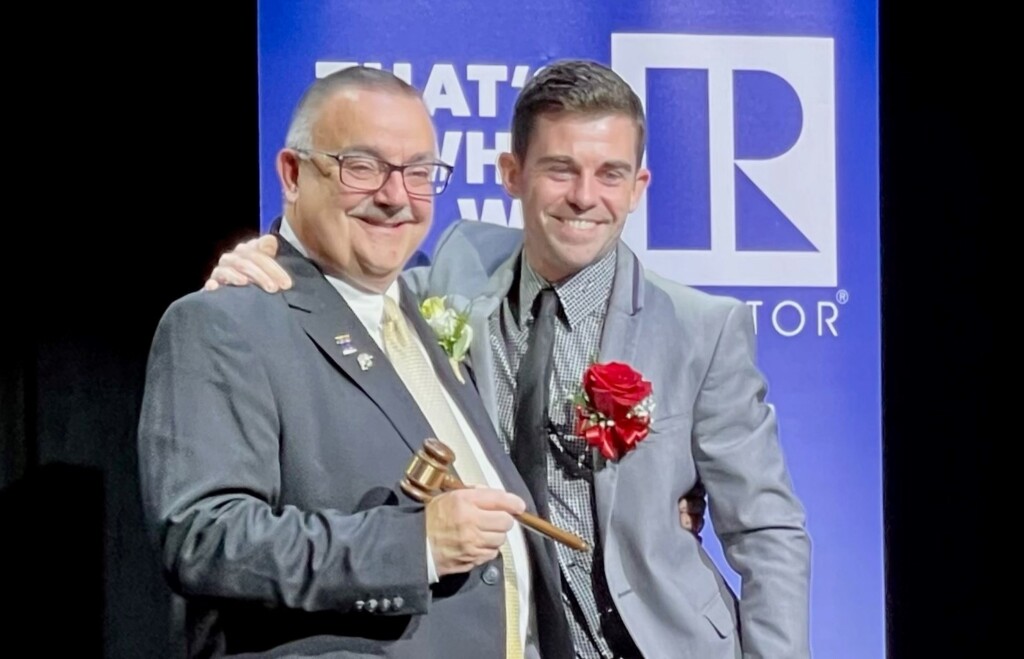 “I think what we’re going to see in 2023 is a lot of the same, and I don’t want to just use that as a quick answer, but I still think we’re going to see relatively low inventory throughout the year,” he said. He realizes climbing interest rates have discouraged some buyers, but he talked to buyers he’s represented who see an even tradeoff — yes, they are paying a slightly higher interest rate, but they’re not purchasing a house for $50,000 over asking.

“I think interest rates may pick up a little bit more towards the mid-part of the year. I think they’re going to plateau,” he said. “Me personally, I don’t think inventory is going to come up enough that it’s going to make us take a sigh of relief and go, ‘Oh, phew, we’re back; we finally have a bunch of houses to sell.’ I think we’re going to see a little bit more of the same in 2023. If homes are priced properly, they still will sell quickly and probably right around full asking price.”

He is keen on the issue of affordable workforce housing.

“A cornerstone of the American dream is homeownership, and sadly that has become increasingly unrealistic for many over the past several years,” Cushing said upon his installation as president. “As available inventory has shrunk to alarming levels, NHAR has worked hard to encourage responsible development while fighting against impediments to it, and we will continue those efforts throughout 2023 and beyond.”

He believes it’s important to educate policy makers — both on the state and local level — that affordable housing “is for people that are just looking for a nice, clean, simple place to lay their head and go to work every day.” The kind of place, he noted, that a police dispatcher like his former self could afford.

He’s encouraging NHAR members to get involved in local zoning decisions, volunteer to serve on a planning board or a zoning board of appeals.

“We are there to say to our members, get involved a little bit with your small communities and tell us what they need. We have a little bit of backing behind us to help our local communities to maybe improve or lessen some of the zoning restrictions so we can bring in some more housing.”

“It is a true honor for me to be giving back what little I can to just be in the presidential role and help and be the voice for our association and for homeownership in our state,” he said.