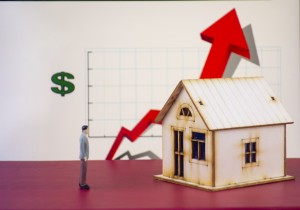 The median sale price of a single-family home in New Hampshire jumped 17% in April, to $382,000, but that’s not the most eye-popping statistic – it rose $18,000 in a single month, according to the latest report released by the New Hampshire Association of Realtors.

Buyers didn’t appear to balk at the price tag. When a home went on the market in April, it was gone in an average of 33 days, at 3.3% above the asking price.

This is the crazy seller’s market we’re in. Home sales are up 5.8% from last year (condo sales are up 6.3%), but it’s not clear what that means, since the previous April the nation was frozen at the start of the pandemic.

New listings are increasing, and they aren’t coming on the market nearly fast enough. There were 1,386 homes for sale in April, 58% fewer than April 2020, or only 246 more homes than in March. However, demand rose to meet that extra supply, since – at the current rate – all those homes would be gone in 25 days, the same number as in March.

In terms of the fastest-selling homes, they can be found in Hillsborough. There a home (selling for $400,000, a 14 percent increase) sold – on average — 17 days after listing.

Realtors don’t expect the market to cool off as the temperature heats up, either.

“Strong buyer demand and limited housing supply show no signs of easing soon, pointing to a continuation of this market trend through spring and into summer,” sums up the report.