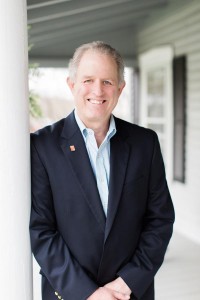 “People are saying, ‘I’m going to buy a piece of privacy,’” said Andy Smith of Peabody & Smith Realty in Littleton, who has sold property in the Great North Woods for more than 25 years. “We saw some uptick after 9/11,” he said, “but nowhere near as strong as we’re seeing now. There’s an urgency like we’ve never seen before.”

According to Smith, the coronavirus outbreak spurred interest in seeking rural retreats among residents of densely populated metropolitan areas like Boston and New York. However, he stressed that the prospect of working remotely was equally important. “Internet connectivity has improved significantly,” he said, “and without it there would be no interest.” He suggested that as many as 80% of prospective buyers were “fairly affluent residents of the Boston area.”

Although measures to contain the virus have cramped the traditional means of showing and selling homes, Smith said that technology has compensated somewhat.

“We can offer virtual tours, walking a prospective buyer through every room and up every staircase,” he said. “We’ve closed sales with buyers who have not set foot in the home.”

In Lancaster, where Powell Real Estate has operated for nearly half a century, Peter Powell allowed that signs of the brisk market may be “anecdotal.” But he noted that he has three properties listed between $445,000 and $575,000, which in the past “would have left me sitting alone in the office waiting for the phone to ring.” Two are under contract, one sitting on 61 acres overlooked by Mount Washington. He added that properties he might have priced below $400,000 a year ago were listing and selling above that this year.

“Buyers are looking for privacy, views and quality,” Powell said.

Properties meeting all three criteria are drawing multiple offers, often for the listing price or more, he noted, including one purchased sight unseen by a person of means on the strength of what he learned from a friend who drove from Vermont to see the property.

Sales are also brisk in the Mount Washington Valley, said Brenda Leavitt of Badger Realty in North Conway, noting that 32 of 44 scheduled sales in June closed by the 19th, 25% ahead of last year’s pace and 10% over last year’s price.

“People want to be up here and away from the metropolitan areas,” she said, adding that her husband, a contractor, built a spec home that sold shortly after it was completed.

Second and vacation homes, Leavitt said, represent a significant share of the market. At the same time, she said past experience indicates that many properties originally purchased as seasonal homes subsequently become primary residences as their owners retire or, increasingly find themselves able to work remotely. Like Smith, she likened the circumstances to those following 9/11 and said while low interest rates are fueling demand there have been a surprising number cash buyers.

“It’s crazy,” Leavitt said, “we’re very blessed.” But, she added “I’m cautious, nervous to a point where it’s nerve-wracking. How long can it last?”

She said the second-home sector, which is liable to swings in consumer confidence and capital markets, is especially volatile. “If the stock market drops,” she said, “then we’ve got a problem.”

The market in the mountains is similar to that around the lakes.

Powell recalled that a client, after chasing several properties in the North Country, purchased a home on Lake Winnisquam at first sight.

Nevertheless, he said that sales of homes attracting multiple offers are closing at prices bid on average about four percent above listing prices.

“I’ve seen a lot of ups and downs, said Pam Perkins of Four Seasons Sotheby’s International Realty in New London on Lake Sunapee, “and this is the biggest market boost in more than three decades.”

She said of some 1,100 waterfront homes on Lake Sunapee, between 20 and 30 change hands each year. “We have 16 lakefront properties under contract,” she said. “We’re getting multiple bids and closing at prices above list.” Second homes and affluent buyers account for a large share of sales, she noted.

“There are similarities with 9/11,” Perkins said, “but this time around they’re not spending a lot of time shopping around.”

She noted that Sunapee is 90 minutes from Boston and four to five hours from New York, and much less by air. “This is an attractive option to the metropolitan areas,” she said.

But Powell said that the interest in remote properties has not been reflected in greater demand or higher values for homes “in the village.”

However, Smith said that south of Franconia Notch along the Interstate 93 corridor, homes listed between $250,000 and $350,000 “are selling in less than a week on the market.” And Leavitt said, “Our Berlin office is getting lots of inquiries about homes in the Berlin-Gotham area where houses sell for less than $100,000.”

The impact of the current market on the region, Powell suggested, will be reflected in future land prices. Rising prices, he said, would indicate increasing numbers seeking to invest in property, construct homes and take up residence in the region.