In the wake of #MeToo, many companies have policies prohibiting, and sometimes requiring disclosure of, romantic relationships 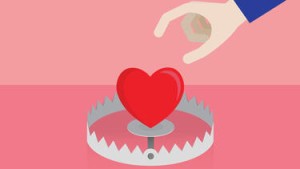 Earlier this year, Jeffrey Zucker resigned as president of CNN acknowledging that he failed to disclose a consensual romantic relationship with a subordinate, in violation of a workplace policy.

Some might question why businesses have any right to monitor the personal lives of their employees. No reports suggest the subordinate employee objected to the relationship, or alleged a hostile working environment. However, following the #MeToo movement, many companies have adopted policies prohibiting romantic relationships between supervisors and subordinates, and others have adopted policies requiring all employees to disclose the status of a workplace romantic relationship, regardless of supervisory status, in order for the company to manage the potential legal risks that can arise from workplace romances.

The main risk arising from workplace romances is a claim for sexual harassment. Allegations of sexual harassment can arise when a relationship ends, creating an uncomfortable and awkward situation for at least one of the employees. A relationship may start off consensual and welcoming but later sour and normal emotional tensions may creep into the workplace. This can interfere with the employees’ work performance. In some cases, one of the employees may claim that the romantic or sexual conduct was never welcomed, even though to an outside observer it may have appeared otherwise.

In any of these scenarios, continued advances, sexual requests, intimidation or manipulation after the relationship ends may easily set the stage for a claim of workplace sexual harassment. In addition, the end of the relationship often becomes the subject of workplace rumor and gossip, which can aggravate an already harassing environment for an employee.

Even when a relationship between two co-workers is consensual and welcoming, it may cause jealousy or dissension with others in the workplace. There is frequently a legitimate concern that one of the employees may have access to confidential information, such as payroll or performance reviews, and will share that information with their co-worker, giving that co-worker some sort of advantage in the workplace.

Claims of “favoritism” or “unfair treatment” based on the relationship may result in legal claims. While these so-called “paramour preference” claims are generally unsuccessful in court, the underlying facts may nevertheless result in legal costs and disrupt office culture.

In light of these potential legal concerns, employers may naturally want to take steps to help manage and avoid these costly liability risks and avoid interoffice conflicts.

For example, employers may want to consider adopting “anti-fraternization” policies. These policies clearly define what, if any, dating between co-workers is permissible in the company’s workplace. Some employers may elect to ban all romantic relationships in the workplace. Keep in mind, though, that the company must “say what it means, and mean what it says.”

If the rule is “no relationships,” then this policy should be consistently enforced or it may aggravate an already difficult harassment situation. It is important to keep in mind that some studies have found 20 percent of all married couples met at work. Consequently, a complete ban may prove impossible to enforce in many workplaces. Employees may also object that such a policy is an invasion of their privacy during their non-working hours.

Another option is to merely prohibit dating relationships between supervisors and direct subordinates, or any relationship where one party has the potential to impact (positively or negatively) the other party’s terms and conditions of employment. But, like the zero-tolerance option, any flat-out prohibition may create unanticipated consequences.

The most likely is that the affected employees will simply elect to conceal their private relationship, as seems to have occurred in the situation with Mr. Zucker. Then, if a workplace romance ends poorly, the employer may be blindsided by a claim that one of its supervisory employees sexually harassed a subordinate employee.

To address the reality that, as the poet Emily Dickinson said, the “heart wants what it wants,” some employers have recently implemented permissive policies that allow private romantic relationships between employees so long as the employees immediately disclose their relationships to a designated person within management.

This approach allows employers to proactively manage the risk. Additionally, employers can frequently adjust supervisory responsibility between the employees, remind them of the company’s rules prohibiting harassment and conflicts of interest, require them to sign an acknowledgement, and request them to notify the company if there is a change in the status of the relationship.

In addition to written policies, employers should also actively train employees on workplace rules, including any anti-fraternization policies, as well as anti-harassment, discrimination and retaliation policies. By educating employees in writing and through training, the company is in a much better position to manage and avoid costly litigation.

Peg O’Brien, a director at McLane Middleton and vice chair of the firm’s Employment Law Practice Group, can be reached at 603-628-1490 or margaret.obrien@mclane.com.