But state Medicaid dispute could derail it 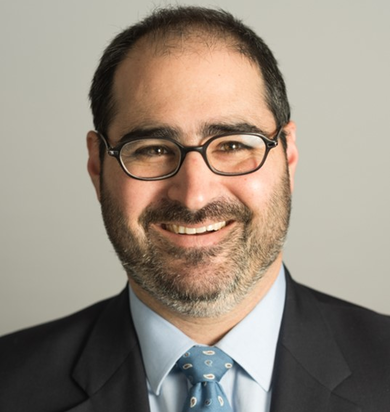 “It’s exceedingly complex, but it is significant for the state,” said Andrew Helman, the state’s attorney, referring to New Hampshire’s complicated Medicaid reimbursement formula, which requires LRGHealthcare to pay a $5 million Medicaid Enhancement Tax this spring.

LRGHealthcare has managed to either resolve or put off most objections that were standing the way of the bankruptcy court’s approval of the sale of its assets to Concord Hospital, except for one sticky matter: the state’s concern over a complicated Medicaid reimbursement formula for uncompensated care.

LRGH, which operates hospitals in Laconia and Franklin, hopes to resolve the issue by Wednesday to prevent a contentious bankruptcy hearing that might delay the sale of its diminishing assets.

With revenues shrinking by 23% since 2017, LRGH declared Chapter 11 bankruptcy, and things have only gotten worse, according to Interim CFO Stephen Miller, in a statement filed on Friday for the Dec. 21 hearing. Inpatient admissions were down 26% from 2019 and emergency department visits – the main source of admissions – dropped 16.5%. The organization is currently losing about $2.5 million a month, added Miller. At this rate, the hospital will run out of cash by March, Miller projected, though that could change if the pandemic gets even worse or if the amount it receives from the latest stimulus package is substantial.

Concord Hospital, on the other hand, is doing quite well, with $528 million in revenue in 2019 and net assets of $371 million. Concord Hospital offered to buy its troubled neighbor for $30 million, and with that offer in hand, LRGH reached out to some 51 other organizations to see if it could get any to top it at a bankruptcy auction that was scheduled for Dec. 16. Eleven signed non-disclosure agreements and four expressed serious interest, but due LRGH’s large debt and pension liabilities, all backed out and the auction was canceled.

The parties also settled disputes between some of the hospital’s local healthcare affiliates, some with entangling financial relationships that, if severed, would put them in jeopardy. But Concord Hospital reassured them it would keep most of those arrangements in place after the sale. Insurers like Humana and Cigna still had some minor issues, but both sides seemed relatively confident that they could be worked out.

The secured creditor – Key Bank, which holds a $111 million note backed by the U.S. Department of Housing and Urban Development – wanted to get paid the proceeds of the sale at closing, but both sides agreed to “punt that to another day” in the words of Christopher Desiderio, a New York attorney representing LRGH. “The parties will continue to debate and hope to have a resolution before closing.”

The state’s objection, however, is not that easy to overcome. At issue is a complicated arrangement to pay for uncompensated care forged over years of negotiation between the federal government, the state and the New Hampshire Hospital Association. Once known as the “Medicaid loophole,” it involves hospitals getting disproportionate share hospital (DSH) payments from the state and paying a Medicaid Enhancement Tax (MET) that – as a whole – roughly equal each other, though that varies from hospital to hospital, while the state benefits.

“It’s exceedingly complex,” said Andrew Helman, the state’s attorney. “But it is significant for the state.”

The state estimates that LRGH will owe it about $5 million based on MET accrued, which will be due in the spring. The state also has to pay LRGH DSH, but that is calculated differently and disbursed at a future date. As a result, the state thought it was possible that the LRGH might end up paying MET without getting its equivalent of DSH, or that the federal government would come after it for the money, and was trying to get the federal government to OK any change. Concord Hospital didn’t like the idea that it might be stuck with the bill.

“We want to know we are going to get a DSH,” said Robert Lapowsky, an attorney representing Concord Hospital. “We don’t want to be Charlie Browned,” he added alluding to the football that the cartoon character would try to kick before getting it pulled away.

“Something about that seems wrong,” agreed bankruptcy Judge Michael A. Fagone.

But LRGH argued that it was unlikely to happen, since the hospital historically got more in DSH than it paid in MET, so it shouldn’t owe the state anything. Fagone continued the hearing to Wednesday afternoon.

In the end, the federal bankruptcy judge usually has the final say on prepetition debts when it comes to the bankruptcy sale, but in this case, the state is a power to be reckoned with, since New Hampshire – or more specifically it’s Charitable Trusts Unit – also must agree to the merger of the two nonprofits. The bankruptcy court is hoping to render a decision in January. However, LRGH expects the state won’t weigh in until March at the earliest.