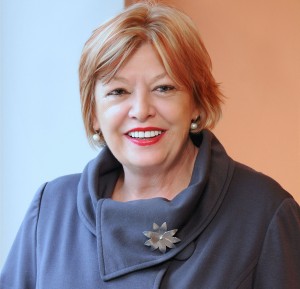 Rosemary Heard of Sandwich, who as the longtime president of Concord-based CATCH Neighborhood Housing was one of the state’s leading advocates for and implementers of projects to aid Granite Staters facing housing insecurity, died Dec. 28 at age 60.

Born in Killarney, Ireland, in 1960, she moved to the United States in the 1980s, settling in Boston and eventually working as an executive for several years at MassDevelopment, the Bay State’s economic development agency, before joining the nonprofit CATCH as president and CEO in 2006.

Under her leadership, CATCH greatly expanded its housing portfolio through construction of hundreds of new affordable housing units as well as revitalization of existing units in Concord and elsewhere in central New Hampshire, including Bow and Franklin.

She also oversaw CATCH’s move into other lines of business, including most notably the creation of Alliance Asset Management, a not-for-profit property management company that manages all of CATCH’s properties and provides similar services others throughout New Hampshire and Maine.

And, with NeighborWorks of Southern New Hampshire, she co-led creation in 2015 of HOMEteam, which provides homebuyer education and financial classes to 80% of the state’s population.

Another of CATCH’s key achievements during her tenure was the full redevelopment of the Franklin Light and Power Mill, which created 45 workforce housing apartments in downtown Franklin. The project has been seen as a linchpin in the ongoing revitalization of the city.

She served on the board of directors of the Bank of New Hampshire and Concord Hospital and received many awards and accolades, including being named Woman of the Year in the county of Kerry, Ireland and 2019 Business Leader of the Year by the Greater Concord Chamber of Commerce, and in 2016 she received a NH Business Review Business Excellence Award. In 2019, she was named to NH Business Review’s inaugural list of the 200 most influential business leaders in New Hampshire.

In a statement, CATCH called her “a one-of-a-kind friend, a brilliant leader, a committed community member, and a housing trailblazer” who led the organization to become “a dynamic community organization.”

“She was passionate and instrumental in developing different ways to help the community and residents through programs like first-time homebuyer education and health and wellness services to our residents,” the statement read, adding: “While we miss her dearly, we are grateful for her many contributions to the housing world and for the joy, laughter and thoughtfulness she shared with each of us.

No public services are planned at this time.