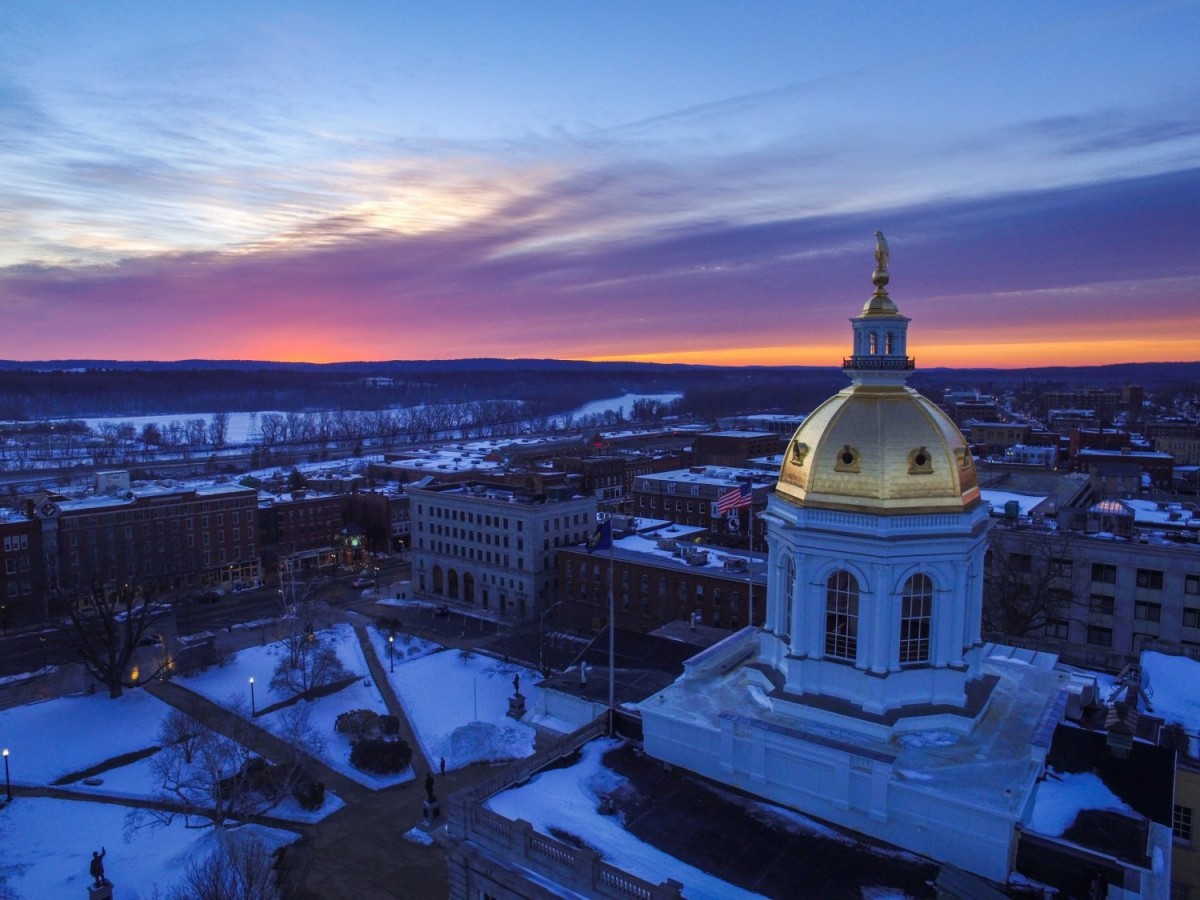 Bills that would restrict an employer’s ability to mandate vaccines,  prevent communities from interfering with workforce housing development, repeal paid family leave, expand net metering, increase tenant protections, defund commuter rail and lower the business profit tax rate.  How is that for a full agenda for this week’s legislative session?

Lawmakers always wait to until last minute to act on the most important pieces of legislation, and this is the last minute – at least for bills without a financial impact – for each chamber to pass legislation over to the other side. March 31 is the deadline for all bills, but most major bills don’t have a price tag associated with it in a non-budget year. The New Hampshire House’s three marathon days kick off on Tuesday. Here are just some of the highlights.

The full House will vote on a number of vaccine mandate bills this week.  House Bill 1455 would prohibit the state from enforcing any federal vaccine mandates. Since the only federal mandate, on healthcare facilities, has been upheld by the U.S. Supreme Court, this would affect them, since the state Department of Health and Human Services is responsible for confirming whether healthcare facilities are in compliance with federal mandates.

Similarly, HB 1495 would also prevent the state from requiring vaccines, which again puts DHHS in a tricky position.

HB 1369 is a rare bill that had a committee’s support to allow some businesses – performing arts venues – to impose a vaccine mandate and require masks and social distancing.  A slim 11-9 majority of the Health and Human Services Committee recommended that such venues do this not only to protect safety of their customers and workers, but in order to attract those who would not go out to a performance without such assurances.

But contradicting that is HB 1490, which the Judiciary Committee also recommended by an even slimmer 11-10 margin, which would give people equal access to places of public accommodation regardless of vaccination status.  That should include theaters as well as restaurants and hotels.

The Labor Committee also is weighing in. The big bill there is HB 1210, which would require all employers that get money from state government contracts grant exceptions to any vaccine mandates.  That would put healthcare facilities in a bind, since federal law requires those contracting with Medicare and Medicare only provide religious and medical exemptions. That bill also received an 11-10 vote in support. But the Labor Committee voted HB 1088, which would guarantee workers the right to get a vaccine or wear a mask, inexpedient to legislate.

Other healthcare bills include HB 103, which would pay dental benefits under Medicaid.

What will happen when the full House votes on a bill repealing the state’s nascent paid family leave program?

The Labor Committee, on an 11-10 vote, recommended passing HB 1165, which would kill Gov. Chris Sununu’s Granite State Paid Family Leave program just a few weeks after it goes out to bid.  Sununu’s voluntary plan would piggyback on a taxpayer-financed program that covers state employees who need to take time off work to care for themselves or their family. Business that participate receive a business tax credit, and an insurance tax would subsidize individual premiums.  All of the Republicans on the Labor Committee favored repeal, while Democrats voted to save it.  It remains to be seen whether all House Republicans side with their committee colleagues or with their Republican governor, and whether all Democrats – who generally favor a mandatory and universal plan – will vote to preserve a lesser plan.

Aside from protecting workers against a vaccine which might save their lives, the Labor Committee narrowly rejected other worker protections, including HB 1094, which would require employers to pay them remaining earned vacation time if the worker has been laid off or the company is sold. It also rejected HB 1472, prohibiting anti-union activities by employers, and HB 1337 which would reduce the duration of unemployment benefits below 26 weeks when the unemployment rates drops below 8 percent.

But it did recommended passage of HB 1076, which would require any employer productivity quotas also factor in enough time for employees to take breaks.

The Municipal and Government Affairs Committee rejected HB 1087, which would have forbidden zoning laws requiring a single-family house to be on more than a 10,000-square-foot lot – something favored by affordable housing proponents – but it did endorse HB 1177, which would have required municipalities to allow up to four-unit apartment buildings in areas that are served by municipal water and sewer.

The Judiciary Committee weighed in against several tenant protections bills, including HB 1200, which would give tenants a 450-day notice, instead of the current 30, of rent increases, and  HB 1291 would prohibit discrimination against 8 housing, requiring that landlords with four or more units participate in the program with some exceptions.

The Public Works Committee couldn’t decide whether to recommend HB 1432, which would have prohibited use of state funds for passenger rail projects. That would doom any federal money for rail that requires a state match. Business groups in the southern tier have been pushing to bring a rail line from Boston to Nashua and Manchester, and even Concord for years now.

It looks like renewable energy is in for a tough week.

HB 1596, this year’s attempt to expand net metering from 1 to 5 megawatts for all entities, not just government, was on the losing end of a 13-9 vote of the House Science Technology and Energy Committee. Even if the bill managed to pass the full House, Sununu will probably veto it, as he had in the past.

In addition, the rate at which those selling their excess renewable energy back to the grid would be cut to the default rate under HB 1629, which got the committee’s 12-10 endorsement.  Both sides in this debate have said the current negotiated rate is unfair. The state Public Commission Utilities has been trying to sift through the complicated data to come up with rate without any cost shifting. But this bill would supersede that in the utilities favor.

That committee narrowly voted to kill HB 1250, which would force the PUC to consider climate change in making these decisions, and narrowly voted to pass HB 1148, which would prevent municipalities from doing the same in fostering zero-carbon goals, since it would prohibit “government entities subordinate to the state from restricting the types of fuel sources that may be used for energy.”

There are some even more technical bills that also could affect the clean energy industry, but HB 1459 is easy to understand.  It would require those putting up solar panels to figure out what to do with them 30 years down the road when they might need to be replaced.  Large arrays already have to do this for the Site Evaluation Committee, but the committee in 11-7 singled out smaller ones because electronics are involved.

Ready for another business tax cut?  HB 1221 would cut the business profits tax from 7.6 to 7.5 percent.  It used to be over 8 percent.  The business enterprise tax, which is usually paid by smaller, less profitable businesses, would have been lowered by this bill too, but the House Ways and Means Committee cut that cut.