The law firm of Shaheen & Gordon has leased 7,000 square feet of office space at 191 Main St. in downtown Nashua, according to Mark Prolman of Prolman Realty Inc., who represented the lessor, Parsons Ventures, and assisted the firm. The 12,000-square-foot building was formerly occupied for many years by Bank of New Hampshire and subsequently TD Bank. It will undergo extensive interior buildout and exterior improvements, bringing the building and initial windows back to their original architectural design, said Rob Parsons, owner of Parsons Ventures. Renovations are being completed by Northpoint Construction.

The firm has provided legal services in Nashua for over 40 years, but the larger downtown space will put attorneys at the heart of the city and make them better situated to serve residents, said Michael Noonan and Jared O’Connor, managing partners. 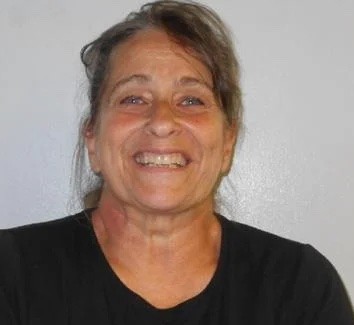 Newspaper publisher Debra A. Paul of Londonderry has been charged with six misdemeanor counts related to her alleged failure to properly identify political ads in her weekly newspaper, Attorney General John Formella announced.

Paul is founder and owner of Nutfield Publishing, which produces The Londonderry Times, Nutfield News and Tri-Town Times. She is also a Londonderry town councilor.

Formella said his office has brought six misdemeanor charges against Paul for failing to identify the ads with appropriate language, as required by state law. The office has investigated her previously and warned her twice over the same charges. and she received formal letters in 2019 and 2021 and a final warning in September, the AG said.

Paul, however, dismissed the charges, telling InDepthNH.org, “I would like to think the attorney general’s office has more important matters to deal with than to send press releases out on misdemeanors such as this. With multiple unsolved homicides over the past year, this seems a bit absurd.”

Class A misdemeanor charges carry a maximum penalty of up to one year at the county house of correction and a fine of up to $2,000.

An arraignment has been scheduled in Derry District Court for Oct. 19.

Five attorneys at the Vermont-based firm of Downs Rachlin Martin were recognized as “Lawyer of the Year” in their specialties, Elizabeth K. Rattigan, who works out of the firm’s Lebanon, NH office. She was recognized in the categories of employment law-management and litigation–labor and employment. In addition a total of 24 DRM attorneys were selected for inclusion in the 2023 ranking of “Best Lawyers in America,” including two in the firm’s office in Lebanon, Willemien Dingemans Miller and Thomas C. Csatari.

In addition, 46 McLane Middleton attorneys were recognized in

Among the 60 Pierce Atwood attorneys named to “Best Lawyers in America” are three in the firm’s Portsmouth office: Cynthia L. Worthen, Denis O. Robinson and Scott E. Pueschel. In addition, Pueschel was named as “Lawyer of the Year” by the publication in the field of corporate law.