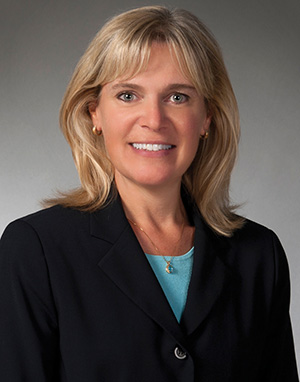 Also known as the “on-demand” or “sharing” economy, this workforce involves individuals who take temporary jobs or short-term engagements; they can take as many or as few “gigs” as they choose. Using online and/or smartphone-based platforms, companies — including Etsy, Airbnb, eBay, Uber, Lyft, Grubhub and TaskRabbit — connect these on-demand workers to end-user consumers who need a particular good or a service..

In its recently issued opinion letter, the DOL determined that some gig workers are independent contractors under the Fair Labor Standards Act, or FLSA, which applies to “employees.”

While the definition of employee — any individual whom an employer suffers, permits, or otherwise employs to work — is very broad, not all workers are employees. Some workers may be independent contractors, and therefore outside of any FLSA requirements. The opinion letter signals the test this agency is expected to use when considering classification of workers under federal law.

Proper classification is significant because there are key differences in being found an employee rather than an independent contractor.

For example, companies must pay employees minimum wage and overtime pay. Independent contractors do not have this protection. Misclassification of workers as contractors rather than employees can result in significant costs and penalties to a company.

In its opinion letter, the DOL redacted the identity of the virtual marketplace company seeking the guidance. What we do know is that it helps consumers connect with service provider workers through a software platform.

“The platform also allows its service providers to communicate with consumers — including through mobile app messaging or masked telephone calls — to exchange details about the requested service, including adjustments to the scope, price, or time.” Opportunity for repeat business is also provided.

In determining the company’s classification of these service providers, the DOL used its “economic realities test.” Its analysis under this six-factor test established independent contractor status:

1. Nature and degree of potential employer’s control: The DOL found the unnamed company did not exert control over the workers, which supported contractor status. Instead, the company gave them “significant flexibility,” including how much they worked, when, where and for whom, required no minimum quotas, quality checks or ratings on their work, and allowed for worker profit and personal advantage.

5. Worker’s opportunities for profit or loss: The DOL noted the workers control the “major determinants of profit or loss” (see control factor above) in that they set or negotiate their prices, take jobs they see fit and choose whether to cancel a job. There is also a fee charged for canceled services, putting the risk on the service provider.

The DOL noted that “appropriate weight” for each of the six listed factors would depend on the circumstances, and that other factors may also come into play. The key factor came down to how much “control” the virtual marketplace company had over the service provider workers in doing the job. In the end, the DOL found that the gig workers who use this company’s platform are independent contractors.

Getting some direction from the DOL on the standard it will use in reviewing these classification issues is helpful. These opinion letters, however, are not precedent for courts, although courts may defer to the DOL’s interpretation. The opinion is also limited to federal law.

Many states have their own tests for determining independent contractor status, and under those state tests, the same facts may lead to a different result.

In New Hampshire, the state DOL’s test for classification changed in 2012 to a seven-part test. Companies wanting to engage gig workers as independent contractors should be careful of this classification minefield and seek legal assistance.

The growth in popularity of this 21st century model has put center stage the question of worker classification. Are these gig economy workers independent contractors or employees, or do they fall into a new category of classification? Whatever the conclusion, one thing is clear: the gig-economy is here to stay.

Jennifer L. Parent, chair of the Litigation Department and a director of McLane Middleton, can be reached at jennifer.parent@mclane.com.