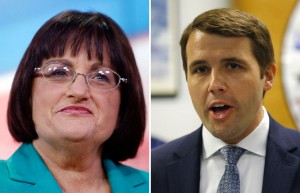 A proposal to construct the North Atlantic Rail Network to provide high-speed passenger rail service linking the six New England states with each other as well as New York City, may find its way into the Biden Administration’s infrastructure plan.

The proposal grew from the vision of the North Atlantic Rail Alliance, a coalition of government, civic and commercial interests formed in 2017. The vision features a high-speed trunk line carrying trains between Boston and New York connected to branches reaching to smaller cities throughout New England to create an integrated system.

The trunk line, running from Boston through Providence, R.I., and Hartford, Conn., beneath Long Island Sound and into New York and carrying trains at 200 mph, would cut the trip from Boston to New York to 100 minutes.

Branch lines would include passenger service from Boston through Nashua and Manchester to Concord along an existing rail corridor, for which design and engineering work is currently underway. Other lines would reach as far north as Brunswick, Maine, and as far west as Pittsfield, Mass. with Brattleboro, Vt., in-between.

The region the network would serve accounts for 11% of the country’s population, 14% of its economic output and two-thirds of its rail passengers.

Lawmakers are asking the Transportation and infrastructure Committee to include the North Atlantic Rail Corp. in the surface transportation reauthorization bill. The corporation would be established for a defined term with the special purpose of constructing the rail network. It would be governed by a board representing the seven states and authorized to partner with Amtrak as well as appropriate federal and state agencies. Upon completing the project, the corporation would transfer ownership to Amtrak then dissolve itself.

The network, which would pass through a densely developed and heavily populated region, poses both engineering and financial challenges, not least the tunnels needed to carry track underneath not only Long Island Sound but also Boston and Hartford.

The North Atlantic Rail Network is one of several similar projects under consideration in Texas, California, Nevada, Florida and the Pacific Northwest, where a high-speed rail line between Portland, Ore., and the Canadian city of Vancouver is envisioned.

The Northwest Atlantic Rail Network proposal comes as CSX Transportation seeks to acquire Pan Am Railways, the region’s principal freight carrier, which owns 1,700 miles of track, in a transaction most expect would improve and expand freight service thought the Northeast.