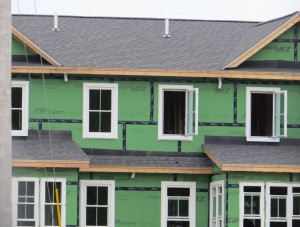 To be eligible for financing, developers must show that their projects are shovel-ready.

Multifamily housing developers have until the end of next week to get a chunk of the state’s federally funded $60 million InvestNH capital grant program for affordable housing.

As of two weeks ago, 100 to 150 applications have been submitted, and they are coming in at such a rapid rate that the NH Department of Business and Economic Affairs can’t provide updated figures on how many they actually have in hand.

“There is a huge need to get these units online,” said BEA Commissioner Taylor Caswell. “We are going to see some pretty big numbers.”

None of the money has been awarded yet, nor will any be until the end of next month. The BEA has assigned at least four staffers to go through the applications and score them after they are all in by the deadline of 4 p.m. Friday, Sept. 2, with a plan to announce the recipients on Sept. 30, to be blessed Executive Council at its next meeting.

There is no advantage to get the applications in early, so Caswell expects a surge next week.

“We are holding it open so that as many people as possible have a fair shot,” he said.

The awards will be granted in the form of loans to be forgiven once the project is completed on deadline – 18 months after the loan is closed, or sometime in 2024. The money must be spent on hard costs: the construction itself; infrastructure upgrades; environmental, lead and asbestos remediation; and disability-related upgrades. Soft costs, like land acquisition, permitting fees, landscaping, financing costs, developers fees and operating subsidies, will not be covered.

Some $10 million of the $60 million will be set aside for projects under 15 units or that are being developed by nonprofits. (There is another $40 million set aside for municipalities that encourage affordable housing, but that is a separate program.)

Project with fewer than 15 units (or under $3 million in total development cost) must be totally affordable. Whereas large projects only have to set aside 20 percent or 15 affordable units, whichever is higher

“Affordable” is defined as a unit whose rent and utility payments total no more than 30 percent of the monthly income of a renter whose annual income is at or below 80 percent of area median income.

This may not seem so affordable to some. The maximum rents, for instance, on a new two-bedroom home range from $1,701 a month in Coos County to $2,012 a month in Portsmouth and Nashua. But if there are more applicants than money, one of the scoring factors would be to exceed these requirements through a greater ratio of affordable units or lower rents.

Developers must also demonstrate that projects are shovel-ready – meaning they have most of their permits in hand, or nearly in hand, and that they have other financing in place. Those that can start construction by next spring will have a leg up.

The program is meant to provide a gap in financing, not replace money that developers have already lined up. Experience is another plus.

The applications are pretty complex. There are more than 50 items required according to the InvestNH guidebook. But Caswell doesn’t want developers to be too daunted.

“We’ll work with applicants to get them over the finish line,” he said. “It’s important to take advantage of this program because affordable housing is critical for the state and our economy.”

If the BEA doesn’t attract enough eligible applications, the leftover money might be rolled over into another round of funding. On the other hand, if there are many eligible projects unfunded, that might be another argument for another round.

Either way, Caswell is hopeful for more money, but stresses there is no guarantee.

“So as of today, there is enough money for another round, but in five months, I don’t know,” he said. In addition, any more money would have to be approved by the governor and Executive Council.

The money comes from the nearly $1 billion the state received through the American Rescue Plan Act, which is why it is helpful in the application to show some connection to the pandemic, even if it is indirect, such as inflation due to supply chain issues.