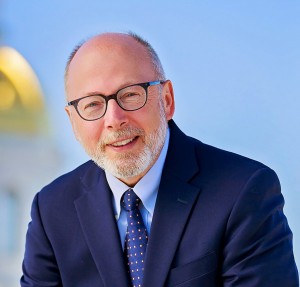 In response to claims for the need to “tighten our belts” and in trying to generally understand the state budget shenanigans in Bedford, I thought I could gain some context by comparing state budgets in New Hampshire, Vermont and Maine; three similar states.

New Hampshire is wealthier than the other two northern New England states. Half our households earn more than $72,000, in Vermont the median is $62,000, in Maine it’s $58,000. The national average is $63,000. New Hampshire has fewer people living in poverty as a percent of population. Actually, New Hampshire has the lowest percentage of people in poverty in the nation. One can argue whether this is because we lift people up or scare people away, but I digress.

New Hampshire’s budget is adopted on a two-year basis. Annually, it’s about $6.5 billion. Vermont’s state budget is about the same and Maine’s is about $8 billion. Correcting for size, Vermont’s budget spends about $9,600 per Vermonter, Maine spends $6,000 per Mainer and New Hampshire is at $4,400. Surely, we must get more from the federal government to make up for us spending so few state dollars. Nope, Maine and Vermont both receive more federal monies for their state budgets than New Hampshire. New Hampshire is 29th in the nation.

What does all this mean? When comparing apples to apples for three very similar states, New Hampshire is the wealthiest, taxes the least and is most reliant on the least equitable tax to raise revenues. Arguments for cutting funding for important services because our state cannot afford them ring less true in context. Pitting education funding against funding for mental health services, for example, seems more contrived.

Of course, if you’re libertarian, care less about the common good or want to force your social values on others through budgeting, then New Hampshire is the place to be.

Andru Volinsky is a lawyer who lives in Concord and was a two-term member of the Executive Council.