In the Upper Valley, housing is THE challenge 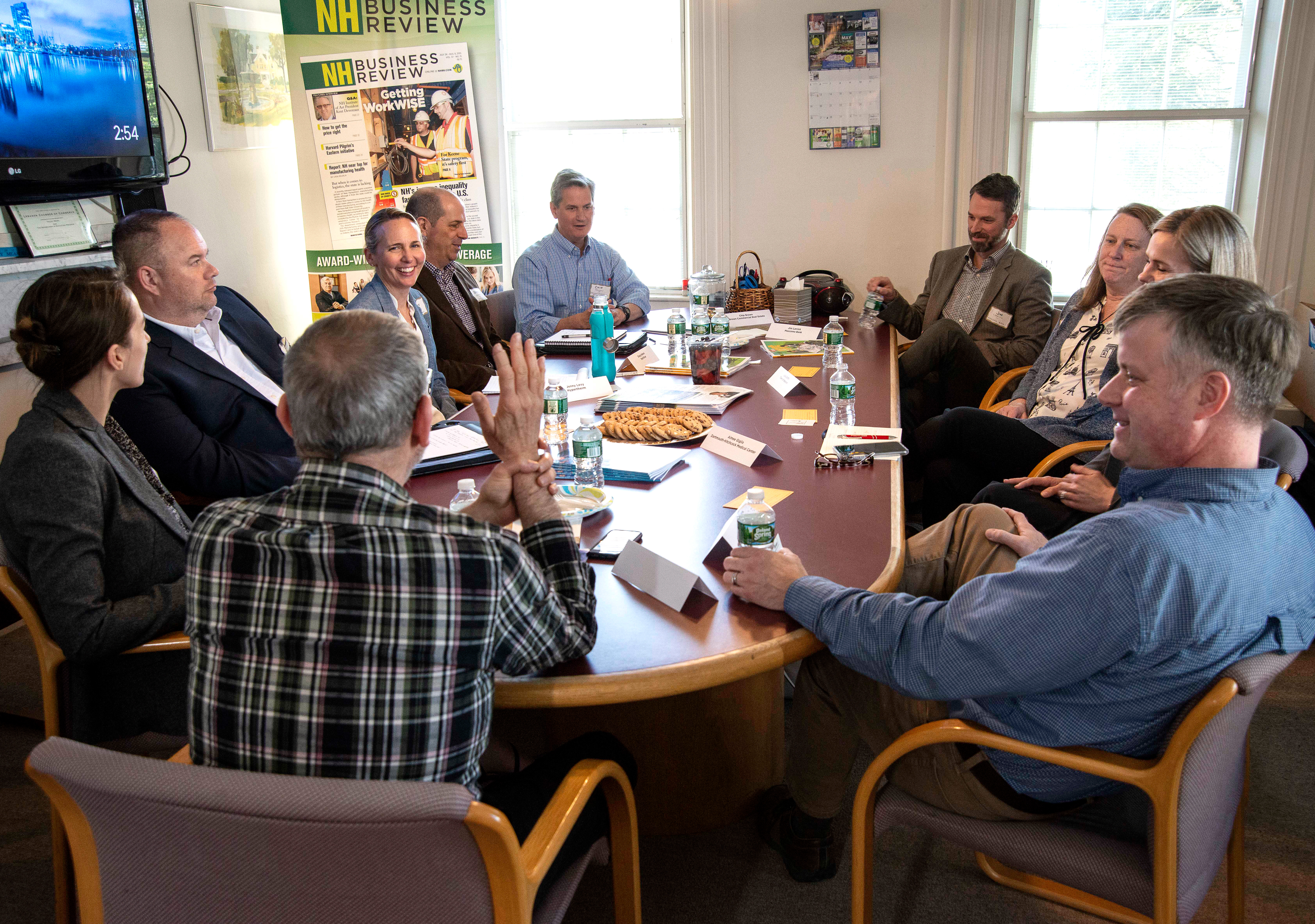 But that doesn’t mean the area doesn’t face its set of challenges, and they were made clear in a recent NH Business Review roundtable with business and community leaders from the region.

At the top of the list — as it is for so many other areas of the state — is the availability of affordable and workforce housing. In fact, the issue is seen as being at the root of other challenges that the area’s employers and communities are facing. It’s the “linchpin,” as Doug Adams, director of federal sales operations for Claremont-based Red River, put it.

The housing challenge is huge. At a recent breakfast on workforce housing put together by the Upper Valley organization Vital Communities, participants were told that a study found that more than 4,000 units would need to be constructed over the next few years to meet the demand for housing in the area — demand fueled by the workforce needs of Dartmouth-Hitchcock, the college, Hypertherm and other employers in the area.

But, as roundtable participant Jenny Levy, vice president of people, community and environment at Hypertherm and an attendee at the Vital Communities breakfast, said, “Last year alone, in 11 core towns in the Upper Valley, only 54 net new units were added. That’s the result of zoning and a whole bunch of integrated issues and challenges that we’re trying to solve.”

According to Hanover Town Manager Julia Griffin, another roundtable participant, “competing interests are preventing us from moving forward,” including the increasing demands on the city of Lebanon to meet the housing needs of a region surrounded by smaller towns that, on the whole, are reluctant, if not outright opposed to taking on some of workforce housing burden.

Griffin said, “In part, because this is a region that people have come to purposefully because it’s a beautiful, semi-rural, quiet, safe, lovely area, they have conflicted feelings about growth and development. There’s a lot of NIMBYism around — ‘I don’t want 200 units of one-bedroom condos in my backyard’ — and also not a lot of developers who are really committed to what I would define as true workforce housing, that may not have the ROI that high-end housing has. We’re seeing lots of high-end places developed in Hanover and to a certain extent in Lebanon. They’re beautiful apartments, but your average workforce member can’t touch them, can’t afford them. And that’s not going to help us work our way out of this problem.”

Indeed, the Twin Pines Housing Trust, the nonprofit developer of affordable housing in the region, is doing the best it can, building developments of 20 to 30 units, but because the need for housing measures in the thousands, that hardly scratches the surface, said Chip Brown, principal broker of Brown Commercial Real Estate.

“It’s hard for anyone to deliver a larger-scale development of a couple of hundred units,” he said. “I’ve been working with a developer out of Boston who is focused on a project within walking distance of Dartmouth-Hitchcock. The idea is to get housing closer to major employers and deliver it in a way that’s affordable by design, targeted toward the middle of the pay scale of the workforce. This developer is doing this on a national scale, but a lot of the project is pending, sort of in a holding pattern, and we’re waiting for Lebanon to say, “OK, we’ve got the capacity.”

At the heart of the issue, said Levy of Hypertherm, is that “we’re at functionally zero unemployment in the area,” and the shortage of affordable and workforce housing makes the already big job of attracting talent a “huge issue” for employers. 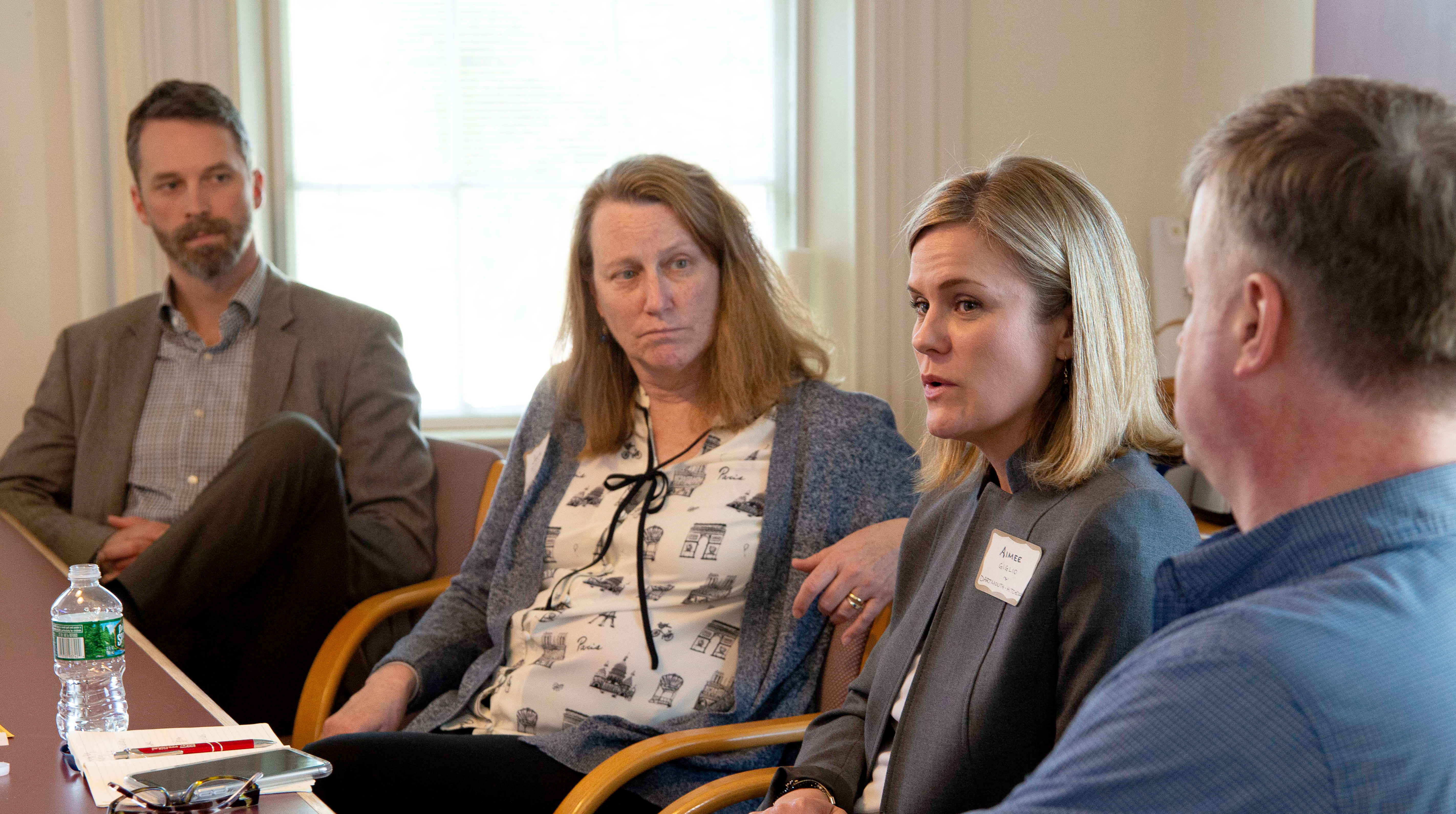 “We conduct national job searches for many of our positions, and people want to come, but then they don’t see their cost of living working out because of the way the housing is.”

And because it is so scare in the region, employees are finding housing in communities that can be an hour to an hour and a half away, said Aimee Giglio, chief human resource officer at Dartmouth-Hitchcock.

“We have people who travel from quite a distance to get to work everyday,” with about 10% of the organization’s workforce living in Claremont and the surrounding area. But others travel from as far away as the Vermont communities of St. Johnsbury, Brattleboro and even Newport near the Canada border.

“On a bad winter day, we grind to a halt up here,” said Hanover’s Griffin. “We have to provide accommodations in our fire station for a lot of staff overnight because they won’t be able to get in, in the morning. It’s amazing the distances people will drive.”

There were other issues discussed by the roundtable participants as well. Among them:

• The near-zero unemployment rate has ratcheted up the competition for talent, said Levy of Hypertherm: “The need to attract and retain talent is huge. Functional zero makes us focus on school interactions, workforce readiness and skill development. Hitchcock, Red River and Hypertherm does. We’re training workforce earlier and earlier so they can imagine their futures in spaces they haven’t before, whether it’s technician roles, science roles, manufacturing roles.”

• It also “has illuminated for us how you embrace people across the whole spectrum of life and bring them to work and keep them at work,” said Levy. She pointed to a program of the United Way called Work United, made up of 13 employers in that area. The program “supports people in crisis or instability,” she said. “It does things such as a same-day cash loan for a boiler that just blew and it’s in the middle of winter or a car that just broke down. The whole principle of the program is to maintain people’s employment so they can stay at work.”

• Red River’s investment in the future of Claremont: “Red River is in Claremont because of our interest in particular in the revitalization of the area” said Adams. “It’s off to a great start. The leadership in Claremont is heavily invested in infrastructure, and we’re excited to be part of what’s going on.” But there are challenges, he said. “The housing challenge in Claremont is not only availability there, but there are issues around the school system and the tax rate as well. It’s very high because they’re trying to invest in infrastructure and improve the attractiveness to businesses that want to come to Claremont.”

• The presence of Dartmouth-Hitchcock and Dartmouth College “insulates the area’s economy,” said Jim Larrick, vice president of commercial lending at Mascoma Bank. Both of those very substantial organizations have spun off dozens of businesses, if not more, many involved in the high tech industry of biomedicine. “They establish themselves and grow here,” said Larrick. “You find a lot of pride in people wanting to stay in the area. There are a lot of great companies that have stayed in this area, and I see that more often they want to be here. It’s a very positive thing for this area.”

• “You just have to go to the West Lebanon side of town to see that we made a great mistake with our land use regulations,” said the Lebanon Chamber’s Executive Director Rob Taylor. “Through zoning we decided that’s where we wanted our retail spaces, our commercial spaces to be, and they didn’t want to mix any housing in there at all. At the time, they thought ‘people don’t want to live where they work, they want to drive to work and then drive home.’ That turned out not to be the case. People love to live where they work. There a are lot of really vital downtowns, like Manchester, where people live and come down and shop and do their stuff. That’s not the case here, and I think that’s been a mistake.”

• Attracting young people to stay in New Hampshire: “I don’t know if the colleges really look at it as their job to keep kids in New Hampshire,” said Red River’s Adams. “It falls on businesses to say, “Stay here. Look at this really good job.” He pointed to a recent experience involving “a very talented young woman who was graduating this year, and she had it in her head that she needed to go work for Dell down in Austin, Texas or Boston, Mass., doing exactly what we do. That’s some of the frustration that I think we can solve pretty quickly with just a little bit of marketing of this area. It’s lifestyle, but it’s also really good jobs too.”

• How the region is perceived by others: “We often feel that New Hampshire doesn’t get us on the western side of the state,” said Griffin. “There’s a lack of recognition of just how bi-state we are here. I would venture to guess we’re one of the most bi-state regions in the country in terms of how we work together across the Connecticut River all of the time on so many of the issues that involve all of us. But New Hampshire doesn’t necessarily see the value of that or hasn’t determined that it’s worth embracing how the state of New Hampshire reaches out to the state of Vermont and see what we could be doing more effectively together.”